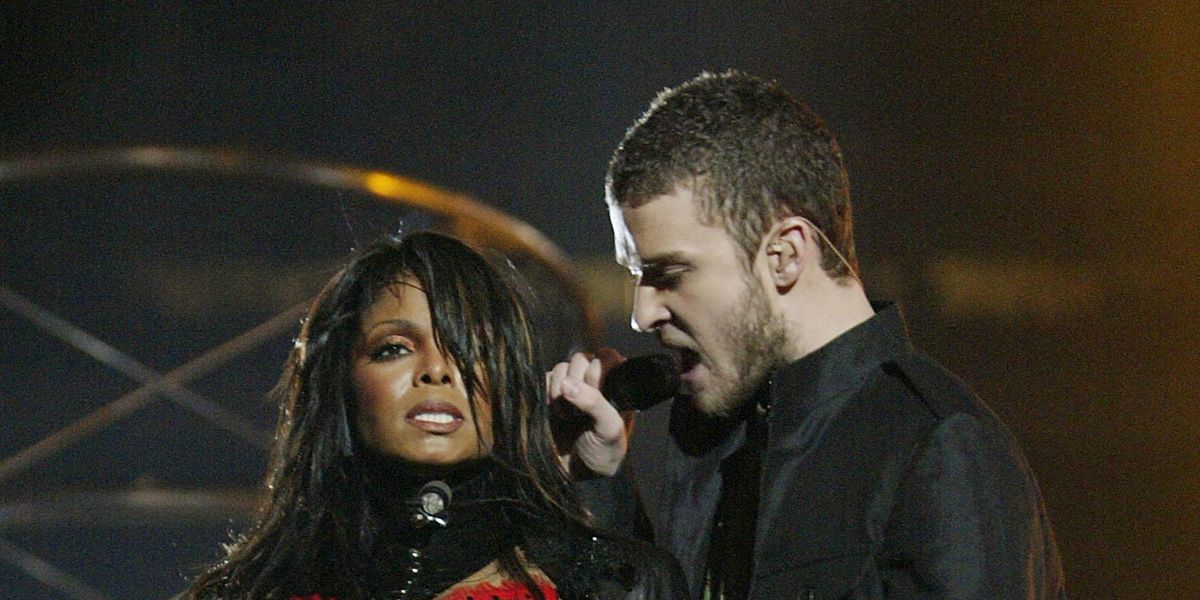 Justin Timberlake "insisted" on Janet Jackson's wardrobe malfunction at the 2004 Super Bowl, according to a new report.

In an interview with Page Six tied to the tell-all book he's writing, stylist Wayne Scot Lukas alleged that Timberlake "insisted on doing something bigger than their performance." But why? Well, apparently it was all in a bid to one-up ex Britney Spears, who had recently made headlines for her kiss with Madonna and Christina Aguilera at the VMAs.

"He wanted a reveal," Lukas said, before explaining the performance originally entailed Timberlake stepping on her dress to reveal a Sex and the City-inspired pearl G-string. "The outfit changed a couple of days before, and you saw the magic."

That said, Lukas went on to claim that Timberlake's initial dismissal of the breast-baring incident as a mere "wardrobe malfunction" was a complete sham, saying that he "wouldn't call it a wardrobe 'malfunction' in a million years."

"It was the most functioning wardrobe in history," he said. "As a stylist, it did what it was intended to do."

And though Lukas also added that the two have since "made their peace," the alleged revelation comes shortly after the "SexyBack" singer issued a long-overdue apology to Jackson and Spears for contributing to the unfair media scrutiny they both faced as a result of his actions. However, the vague statement was roundly criticized for appearing to be a tepid response to the backlash garnered by The New York Times' Framing Britney Spears documentary, especially since it didn't acknowledge the severe and disproportionate impact that the Super Bowl fiasco had on Jackson's career.

Even so, Lukas also said that Timberlake's apology is what motivated him to share the supposed account, though the publication reported that a source familiar with the situation said his story wasn't true. Rather, they claimed that the account felt like a way to help the stylist "sell [his] book."