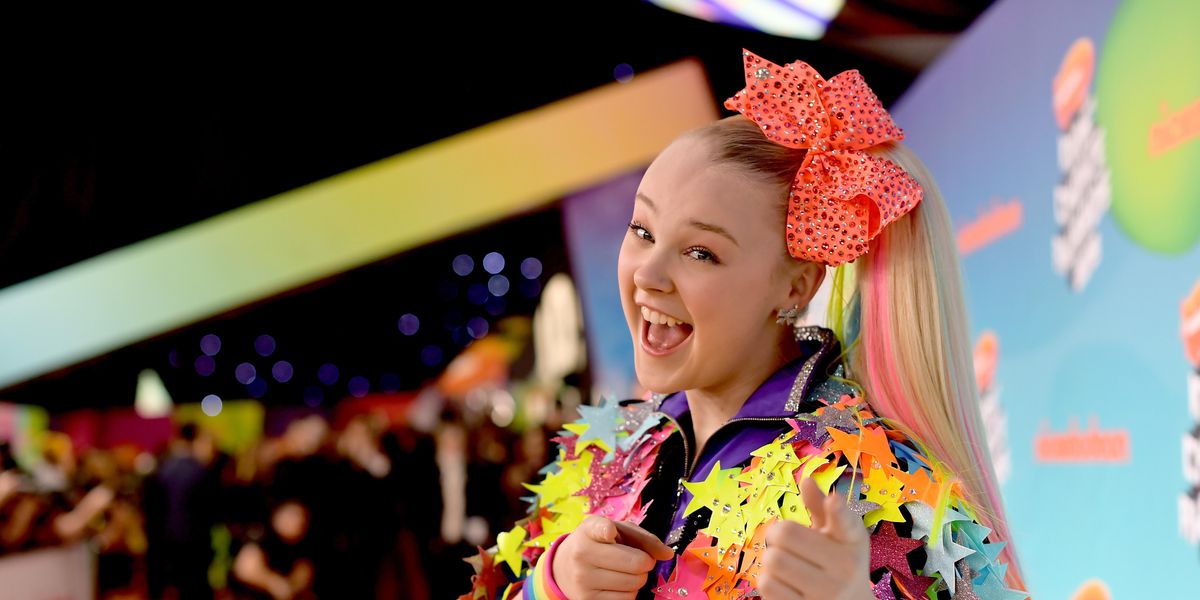 Earlier this year, Dance Moms alum and Nickelodeon star, JoJo Siwa, made headlines when she came out as a member of the LGBTQ+ community. Having first hinted at the news in a TikTok of herself lip-syncing to Lady Gaga's "Born This Way" and shortly thereafter posting a photo of her wearing a "Best. Gay. Cousin. Ever." shirt, Siwa later went on to officially confirm that she was coming out in an Instagram Live. She introduced her girlfriend, Kylie Prew, just a few weeks after that.

The news was met with a large amount of support from fans and famous friends like Lil Nas X, Todrick Hall, NikkieTutorials and James Charles, but even in today's climate it would be foolish to think that the praise would be universal. In a recent cover profile for People, Siwa has opened up about Googling herself after publicly coming out and being taken back by the homophobic backlash.

"I never should have done that. I was thinking that all the comments were going to be nice and supportive, and they weren't," Siwa says. "A lot of them were: 'I'm never buying your merch again. My daughter's never watching you again.' I couldn't sleep for three days." Siwa goes on to say that she was eventually able to make peace with it, realizing that "I don't want people to watch my videos or buy my merchandise if they aren't going to support not only me, but the LGBTQ community."

As someone that sells out international arena tours and has a face that graces all manners of merch from apparel to dolls and practically every other possible brand tie in you can imagine, Siwa admits that she had a lot to lose by coming out, but, "so be it. I also think that if somebody in your life that isn't going to accept you for who you are, who isn't going to support you for loving who you love, you might not want that person in your life."

Siwa also explains in the interview that she isn't super into putting a firm label on her sexuality. "I don't know, bisexual, pansexual, queer, lesbian, gay, straight. I always just say gay because it just kind of covers it or queer because I think the keyword is cool," she says. "I like queer. Technically I would say that I am pansexual because that's how I have always been my whole life is just like, my human is my human."