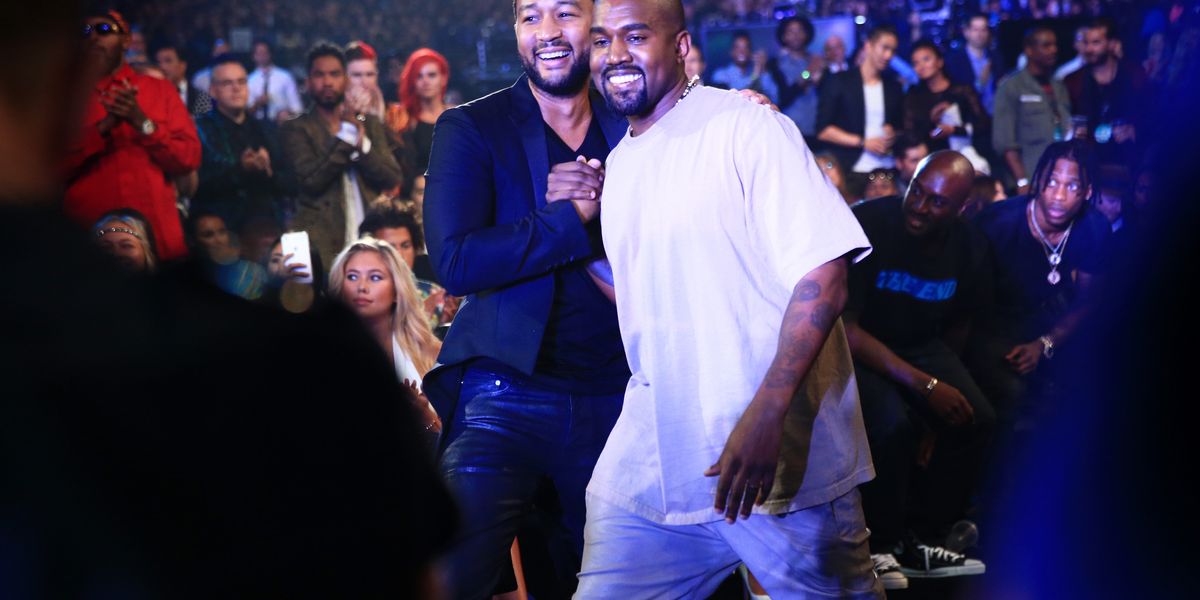 John Legend and Kanye are Cool

Last week, John Legend decided to confront his good friend Kanye West about his political stance. And while they may disagree, the love isn't gone.

And this weekend, snaps from Chrissy Teigen's baby shower — reportedly thrown by Kim K — prove that all's well and good with two of music's biggest stars. Selfies were taken. There was dancing. There was JL playing the piano. And Kris Jenner was there, too.

Legend has always been unafraid to express his thoughts on Trump, and Teigen has also used her Twitter as a platform to call out the POTUS.

With the couple's strong opinions on politics and the current administration, we're not sure how this couldn't have been awkward. But good for them for working things out!