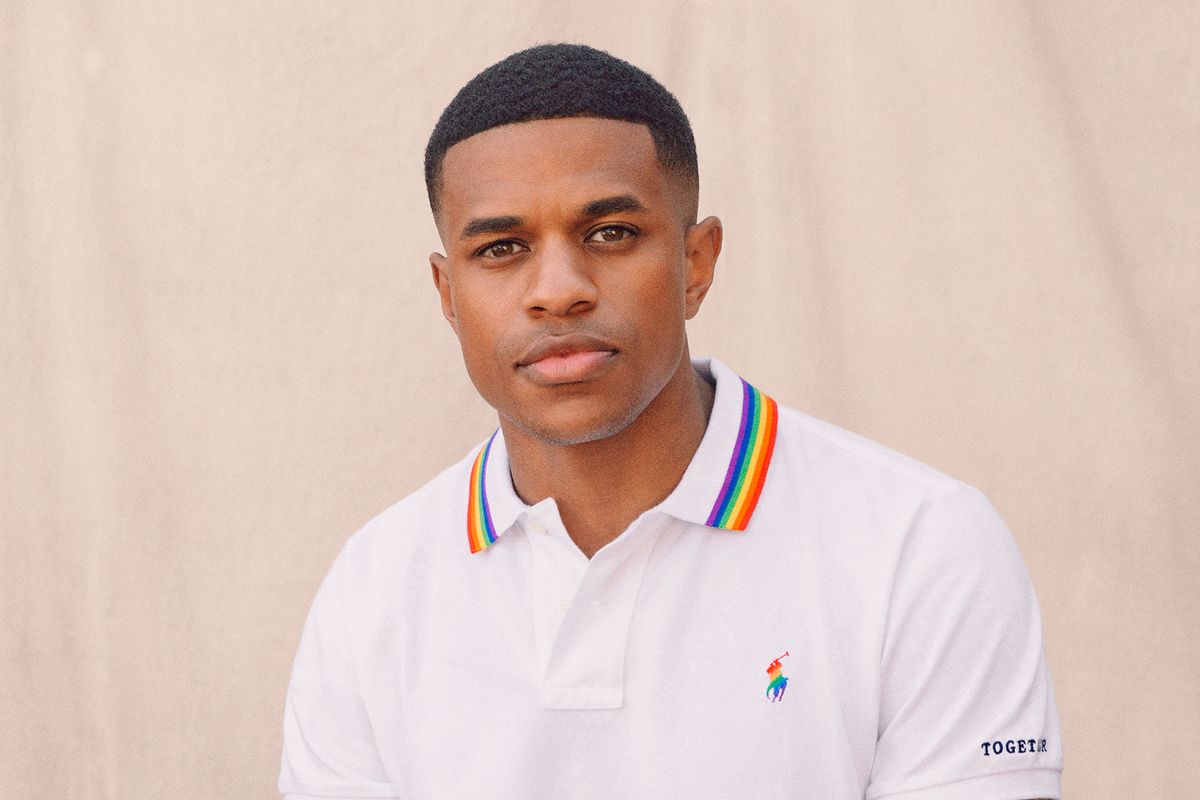 At the Tony Awards last summer, Jeremy Pope made history as the first Black man to be nominated for separate performances in the same year. But it's perhaps his breakout role as Archie Coleman in Ryan Murphy's new hit series Hollywood that really got more people to pay notice. (He's also set to star in Season 3 of Pose, whenever that finally comes out.)

So it comes as no surprise that fashion would eventually come knocking at his door. For his first major brand moment, Ralph Lauren tapped him to front the brand's "We Are Together" campaign wearing a look from Polo's new Pride collection.

The 10-piece range is being positioned as gender-neutral and comprises of things like flag sweaters, fanny packs, tank tops and dog Polos all with the pony logo rendered in a rainbow print, of course. Part of the proceeds are going to the Stonewall Community Foundation and the many LGBTQ organizations it works with, particularly those helping communities of color and transgender people.

Pope is joined by other artists such as Schitt's Creek's Dan Levy, Pose's Indya Moore and lauded photographer Cass Bird. Soraya Zaman, Micaiah Carter, Anthony Woods and Kristen Kish are also part of the non-binary and queer mix of talent.

Pope didn't shy away from acknowledging the reality of the past few weeks, however. "This year's #pride feels different," Pope tweeted recently. "Feels less like a celebration on the dance floor & more like a call to action. It's up to our non black allies & supporters to protect the black & brown LGBTQ+ community as we to continue to demand justice against racial & gender inequalities."

this year’s #pride feels different. feels less like a celebration on the dance floor & more like a call to action. It’s up to our non black allies & supporters to protect the black & brown LGBTQ+ community as we to continue to demand justice against racial & gender inequalities.

This year, the actor is giving back to True Colors United and the Ali Forney Center which are focused on protecting LGBTQ+ youth from the harms of homelessness. "LGBTQ young people are 120% more likely to experience homelessness than non-LGBTQ youth," he wrote in a recent Instagram post.

Learn more about the rest of the cast, below, and shop the Pride collection at RalphLauren.com.