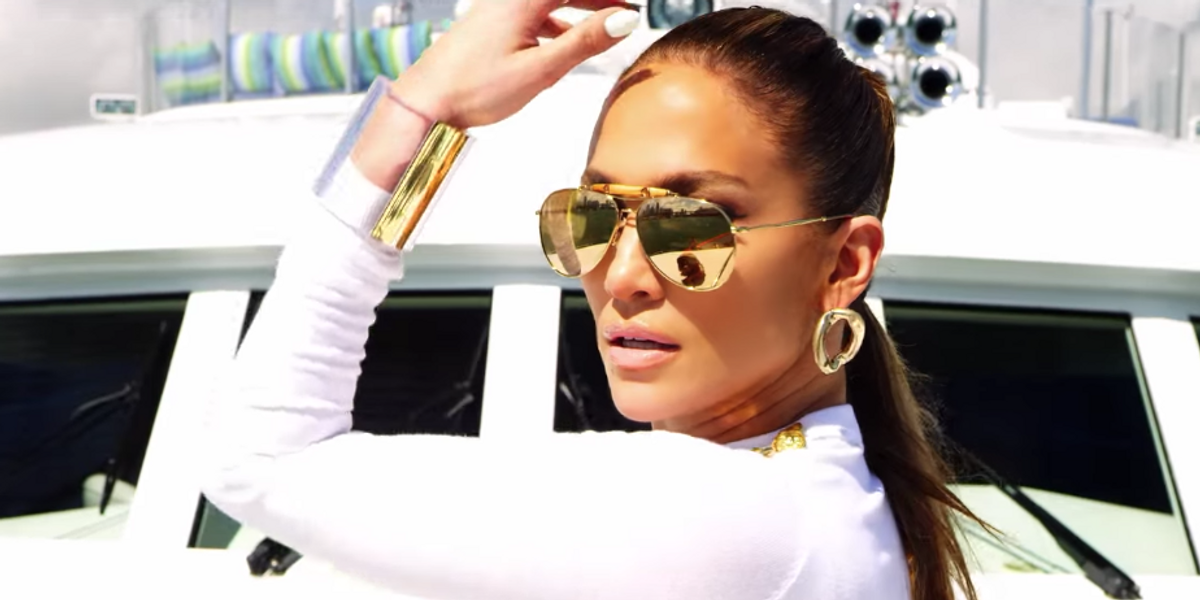 It's been over 20 years since Jennifer Lopez first appeared as a fly girl on In Living Color, and began her ascent to superstardom. In a career that's exploded since then, the world famous triple threat has finessed the worlds of music, film and television with unmatched ease.

As the 2018 recipient of the Michael Jackson Video Vanguard Award, she'll be performing live from Radio City Music Hall for an epic return to the VMA stage since last performing in 2001. Joining the likes of Madonna, Rihanna, Beyoncé and Kanye West, to name a few, the honor marks two decades of excellent work from the woman who introduced the "Glow."

An old-school entertainer with new-school energy, J.Lo has kept a clipping pace after the legendary artists that inspired her career. Coming up in the golden era of music videos, the honor is a worthy one for the show business veteran. Her video contributions only scratch the surface of an immense cultural impact she's had with an empire that continues to flourish.

The ultimate beauty icon, Lopez has never met a red carpet she didn't like or missed a chance to reach the masses on the silver screen, the small screen and pretty much any screen. Her perennial glamour and raw talent are encapsulated best in the music videos throughout her career. Here's a look at some of the most important moments in her long videography.

In her first video and single from the debut album, On The 6, Jennifer Lopez turns us onto her talents via a low-fi livestream concept that would cement her status as a rising star. Broadcasting for a group of Internet fans and voyeurs, the diva jumps out here for a breakdown of things to come. All the important elements of a J.Lo video are on display. Rocking sexy, minimal looks like a white triangle bikini top with cargo pants and slaying a salsa dance break in silver chainmail, the video defines a style for the triple threat that holds up today. Successfully crossing her over to music, the song went straight to number one and earned her some Video Music Award nominations, as well.

In one of her most memorable videos, Jennifer Lopez welcomes the new millennium at a rave in the rainforest. Serving up another round of astounding looks and strong dance moves, Lopez catches the strobe light with a body covered in crystals and dances in a waterfall. The Latin house track oozes anticipation and remains a stand out in her singing career. It even earned her a Grammy nomination and the occasion to don that iconic green Versace dress.

With the release of her second album, J.Lo, the singer takes on her megastar moniker and puts out another classic video with "Love Don't Cost a Thing." In a bold proclamation of her values, we see J.Lo take off in a convertible fleeing the mansion where she's been disappointed yet again by an absent lover trying to buy her affection. The beauty tears down a freeway, stripping off gold aviators and pieces of jewelry in the wind with abandon. Coming through with a strong hip-hop dance break before a green screen sunset, she rocks braids and a crystal-encrusted J.Lo tank — iconic. She also dances alongside Cris Judd in the video, who she later married and divorced, to public dismay.

In another out of this world visual, J.Lo takes off on a intergalactic flight, truly taking the glam to new altitudes. In the mostly computer-generated video, the diva's quest to hear her favorite song amounts to a raging dance party and some breathtaking looks. Naturally, the sky high disco soars off into several dance breaks and J.Lo at the controls, fulfilling for the listener what the DJ can't seem to manage. The visual reaches a peak level when Jenny asks, " I just wanna dance, is that a crime? Alright then." Extra points here for the runway ready looks.

In the buttery smooth remix to her own song featuring Ja Rule, the "I'm Real" video stands out as another moment to capsule for the singer. In an attempt to strip back the major glow she came to be known for, this video portrays Lopez leaning on the front gate of a house in the Bronx and carrying on at the basketball court. Clad in a juicy sweat suit, gold hoops, classic Adidas and slick baby hairs, the look alone makes this city landscape portraiture all the more gratifying. It's the balance she achieves between mega star and around-the-way girl that makes this a standout moment in her videography.

In one of the biggest songs of her career released at the height of tabloid culture, Jennifer Lopez returned to themes of surveillance and celebrity with the iconic "Jenny From The Block." In a montage of beautifully captured snapshots from yachts, balconies and street performances of the song, Lopez attests, again, that she's the same girl from the Bronx. With its old school samplings setting the soundtrack for the original "Bennifer," this video addresses public discourse while making way for more to be had — and it's still something to talk about. This video also coincides with the smash hit that was Maid in Manhattan, giving J.Lo the distinct honor of having a number one song and movie simultaneously.

A single digitized snowflake falls all the way down onto J.Lo in the opening shot of this epic collaboration with LL Cool J. Serving up a series of looks that are downright icy, this stands the tests of time as an instant classic for the artists. The two portray their melodramatic romance and its demise in the breakup ballad. In yet another iconic look, Lopez braves the blizzard in a pink, fur-hooded coat dress with bare legs and pigtails. Cold as it may be, the two keep it really hot: cooing their regrets over a failed relationship and recalling better days. Their romance may not have worked, but the video stands out as a fan favorite and a source of inspiration whenever it snows.

In collaboration with the legendary photographer, David LaChapelle, the video for "I'm Glad" showcases Lopez's talents as a dancer and an actress. In the creative reinterpretation of the movie Flashdance, the singer serves welder, aspiring dancer and exotic performer in the span of the video and shows off some impressive choreography. The video is another epic display of her talents and a beautifully filmed with the legendary LaChapelle.

(2011) "On the Floor" feat. Pitbull directed by TAJ Stansberry

When this song was released in 2011, J.Lo had been out of the music game a moment and started her family with then husband, Marc Anthony. This collaboration with Pitbull marked a return to form for Lopez, who mobilizes a massive club crowd in this high energy video. Putting her famous moves on display here again, the song became one of the best-selling singles of all time and reached a billion views on Youtube.

In the sexy update to her most classic video tropes, J.Lo takes an opportunity with this catchy love bop to reinstate her most iconic moments in this video. In a play on Jay-Z's historic "Big Pimpin" video, Lopez and her girl gang are flanked by male models in speedos by the pool and on a yacht. In a jumpsuit fashioned after the green Versace gown we've come to love, she keeps up her own pace with a high-energy dance break and a rolodex of some more signature looks.

There's nothing subtle about the video for a collaboration with Iggy Azalea, nor should there be. In the hyperactive visual display, J.Lo puts her booty on full blast. The draw here is an obvious one for a culture obsessed with ass and, as an originator of the craze, J.Lo doesn't disappoint. The pace is unrelenting here, as the ladies serve it up cheek to cheek in swimsuits before the eventual dance break.

In her most evolved form, J.Lo appears here in the Game of Thrones-esque treatment, where all the world's queens gather at her throne for the impending ceremony surrounding what translates to "the ring." One half of the entertainment power couple, J.Rod, Lopez begs the question of marriage in the stunning visual feat. Decked out in queenly couture and dripping in jewels for a splashing dance sequence, the diva maintains her relentless starpower and has racked up more than 180 million views since the video's release.