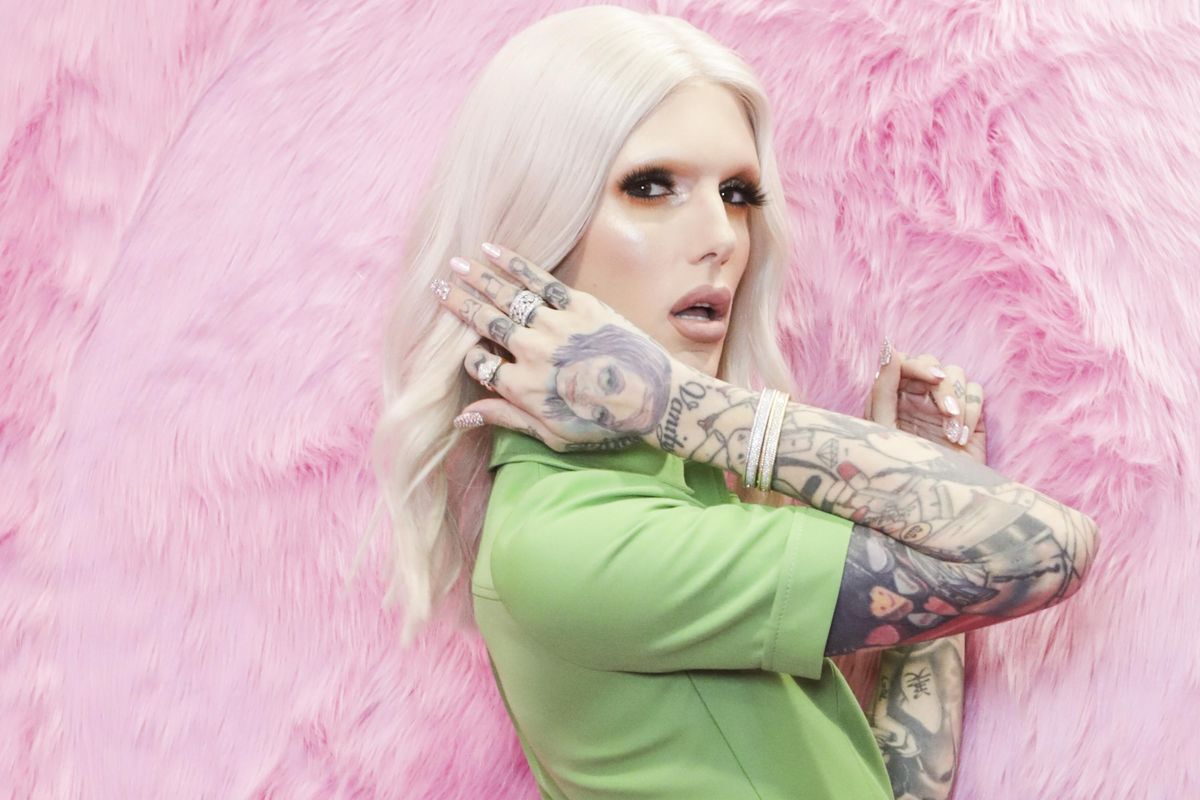 The candid conversation turned cheeky when Star was notified that a delivery from Louis Vuitton was trying to get through the front gate of his mansion. Star initially thought the call was coming from his personal chef, who's hired to feed him and any of his guests, even the romantic kind. (More on Star's last boyfriend, here.)

Related | Before She Was Famous, Nicki Minaj Rapped on This Jeffree Star Song

Other than applying makeup and making money, giving head is one of the things he loves most. "Why wouldn't you marry making money and sex into OnlyFans?" Adams asked. "I feel like that might be a bigger boom for you than most business ventures."

"I have never cooked before, so any potential people that want to fuck or date me, the chef will be cooking your meals, not me," Star told Adams and Gordon. "But I will suck you the best you've ever had in your life. That's a given, I think we all know that by now."

Star expressed his interest in that kind of pursuit, saying that as a Scorpio, he's very sexual and "adventurous" in nature. "Recently in the last three months, I've been hanging out with a few people and we've just been shooting some fun 'Only Jeffree' content," he said, suggesting that maybe he'd start his own site for NSFW content rather than signing up for OnlyFans.

He even showed the hosts an exclusive sneak peek. "It's more like doing things in fun, interesting spots," Star clarified. "Like I'm sucking dick on a private jet," he continued, showing them a photo of a man whose dick is described as sex toy-like in size. "That looks like it couldn't possibly be a human penis," Gordon said. "That's the craziest penis I've ever seen."

Apparently, another shot shows a man with a $125k diamond watch wrapped tightly around his dick. "I like to think outside the box," Star joked, explaining that he enjoyed how it looked specifically with a camera flash shining on the diamonds. "No one's ever done that, and don't steal my fucking ideas before my shit drops," he told the audience, laughing.