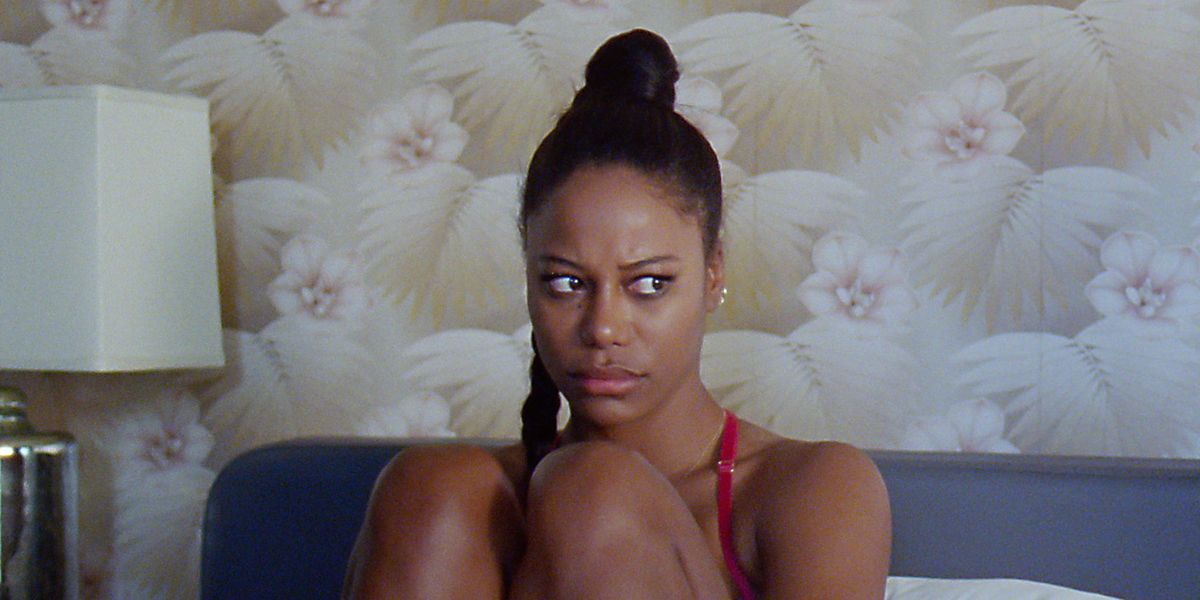 Janicza Bravo on Giving Zola the Movie She Deserved

Within internet folklore, few tales are as instantly recognizable as the one told by A'Ziah "Zola" King in 2015. Over the course of 148 tweets, the Detroit waitress and part-time stripper told a story so surreal and so "full of suspense" that it was the only thing anyone could talk about for the rest of the year, garnering the attention of everyone from Solange to Ava DuVernay, both of whom praised King's recollection of a harrowing "hoe trip" gone terribly wrong. Now, nearly six years after the "Thotyssey" caught Twitter's attention, A24 has finally released its film adaptation, Zola, to almost as much acclaim as the original thread itself.

Like most of Twitter at the time, director and writer Janicza Bravo also found herself captivated by the story of an impromptu trek to the strip clubs of Tampa as well as King's keen dissection of her new travel companions, including an acquaintance named Jessica, her dipshit boyfriend Jarrett and "roommate" Z. But while King's fantastical narrative flair lent the tale a slightly disquieting yet darkly funny air, it's eventually revealed that Z is a pimp who wants the women to do a lot more than just dance. The chaotic money-making venture turns into a nightmare of sleazy characters, seedy motels and sex trafficking that Zola is hellbent on escaping.

Related | The 'Zola' Trailer Already Has Us Stressed

Even so, getting to that point took much longer than expected, as Bravo took over from Zola's original director, James Franco, in 2017. And though she quickly clarifies that the switch-up happened one year prior to the surfacing of the sexual exploitation accusations — meaning she wasn't a "hire of color or a female replacement" — it's obvious from the final product that Bravo was the best fit all along. She extended the project's deadline by writing a brand new script that stayed "pretty true to the text" alongside lauded playwright Jeremy O. Harris — an essential step given that "the previous script took a lot more liberties from what was presented."

As well as rechristening "Jessica", "Jarrett" and "Z" as "Stefani," "Derek" and "X," Bravo had King walk her through the entire saga once again, resulting in the addition of a particularly Lynchian scene within the third act that shows Zola (Taylour Paige) and Stefani (Riley Keough) surrounded by a house of men in their boxers. Other than that, Bravo and Harris opted to keep King's take on what happened intact, whether it pertained to events and chronology or her original narration and voice. In terms of the latter, the pair were also determined to adhere to King's humorous and playful way of relaying the tale, even if that meant reopening the recurring criticism surrounding the story's supposedly glib treatment of sex trafficking.

From the time King first published her tweets, some argued the thread "trivialized" the very real dangers of sex trafficking by reframing the kidnapping and coercion as something fun and entertaining. On the other hand, defenders have also pointed out that humor was what brought this normally taboo and unspoken about topic to the surface, with King herself telling Rolling Stone that she "made people who probably wouldn't want to hear a sex trafficking story want to be a part of it, because it was entertaining." So despite the aforementioned critique, Bravo felt that using her background in comedic filmmaking to convey King's own banter was "the only reason I was right for this project" — even if she "wasn't an expert" when it came to the world of sex work.

That's not to say that she went in completely blind. Bravo did plenty of research to ensure that the movie was "very much in conservation with sex work." She hopes it proves a jumping off point for further discussion. "The story that I told is very much like one woman's experience that is inside of a larger topic that is very much worthy of discourse. And I hope it allows people to feel more comfortable, like they can dip a toe in or access a subject matter that they might feel has nothing to do with them."

Bravo also wanted to make the intersection of race and power dynamics another main component of Zola, particularly as it pertains to sex work. As she explains it, this dialogue is there "from the very first frame" in which Paige and Keough — a Black woman and a white woman — meet. And it's a conversation that is woven throughout the film as Zola and Stefani's relationship continually highlights the way they aren't on equal footing, even within the same profession, as well as how race affects everything from pay to violence to coercion.

Some will argue that Zola acts as a passive observer at times. But Bravo is quick to point out that the true power of this story goes back to the fact that it's told from Zola's perspective. It's a narrative she controls, one interpreted and entirely shaped by a Black woman who is also able to approach the topic of sex work without judgment from a unique position we rarely get to hear from.

She muses over the curious way most people describe the saga with the somewhat reductive "stripper named Zola" logline. It's a sort of subconscious flattening that mirrors society's inherently sexist view of sex work, prioritizing the puritanical white male gaze by reducing these women to one sensationalized sentence that effectively diminishes the nuance and humanity of their stories, particularly if they're of a marginalized identity.

"The minute you do that, you are saying that this world requires less of our care and less of our generosity," Bravo says. "And it's through this elitist, colonialist and very aggressive male language."

And while this is a particularly interesting conversation given King's original medium — one that only allowed for 140 characters at a time — it goes without saying that Zola is one of the few cinematic stories out there that isn't told through the lens of an upper middle class white man at any point. Which also circles back to why it was so essential for Bravo to protect King's voice and perspective. Why it was so important to ensure that it was King driving the entire narrative. Why it was paramount to create a feature film that was just as wry, unvarnished and batshit crazy as the original thread itself.

While King's tweets may have started as a "really funny" Twitter thread, when you actually peel back all the layers, that's when you realize how human, how messy and "how actually fucked up it is." Without trying to sound corny, that's the beauty of film, right? To take us places we've never been before through perspectives we can only imagine, especially if that perspective turns the story into a fantastical mindfuck and a half.

"[The entire thing] is like a fucking ride," Bravo says with a little laugh. "It's like, I am at an amusement park. It's a total party, and I think the movie is a party too. I just don't know if it's a party you want to be at."