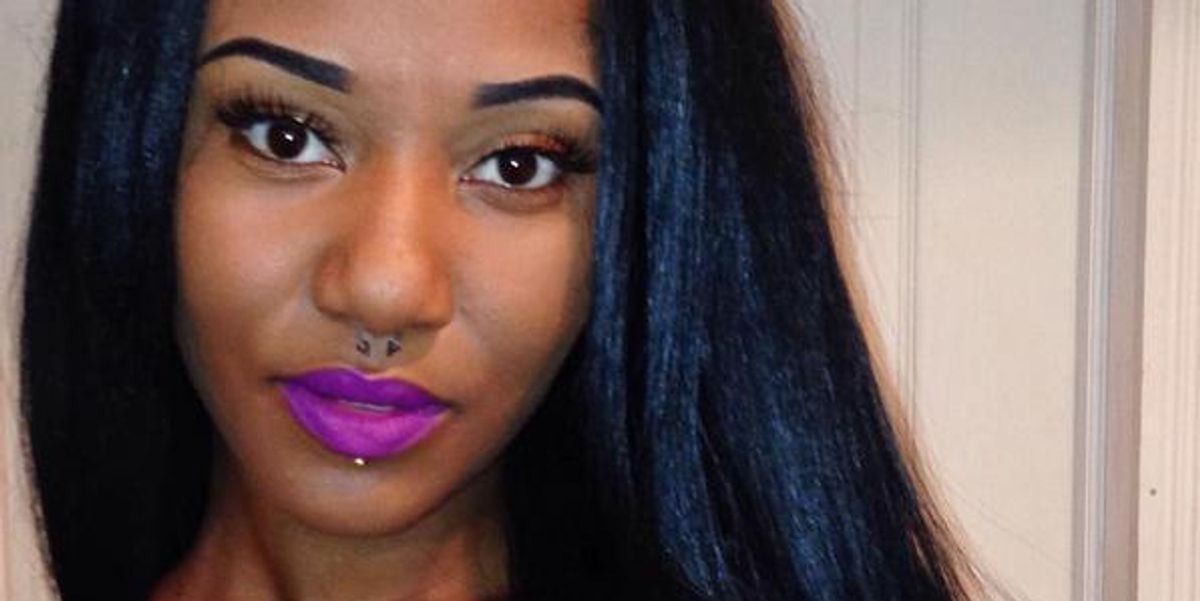 Zola's Story May Not Be Entirely True, But Don't Let That Stop You From Believing Sex Workers

In a deep dive into the facts of Zola's infamous Twitter epic, The Washington Post effectively verified most of her story yesterday -- even if the entire thing begins with a note that no one actually got shot or tried to jump from a balcony. And while writer Caitlin Dewey also describes what actually happened to Zola, aka Aziah King -- and the violence that sex workers so often experience in their jobs -- as something perhaps even "crazier" than what transpired in her feed, the main takeaway has, unfortunately, been very different.

Behind Zola's story: No one actually tried to jump off a fourth-floor balcony, and no one ever got shot in the face. https://t.co/LbfuY5t0Cz
-- Suzette Hackney (@suzyscribe) November 2, 2015


Because while Zola's tale may not be 100% true, the fact that this story's resurfaced in such a way sets a very dangerous precedent -- one that plays into the "women lie/exaggerate about sexual violence" mindset we often have as our default response to accusations of rape and assault.

Even before most of the details were verified, there was already a pretty strong camp of readers who "knew" she was lying.

So Zola is a liar and used a specific case in the news to make it seem real. She's really a mastermind 😂
-- Preme (@PremeWestend) October 30, 2015

Zola's story is probably mostly lies. Fine. You know what else is a lie? Everything Shonda Rhimes writes.
-- Robert! (@RPinHD) October 29, 2015


And while the initial response to the story was disturbing enough in the sense that the default reaction was to LOL and opine on how much of it was really true, now it's even worse with an entire sector of the Internet latching onto her exaggerations as a means of totally discrediting her entire experience. Their reactions also threaten to cast doubt on the very true stories of thousands of sex workers and victims of sexual assault -- as seen on Twitter and in the comments section of Dewey's article.

The Washington Post will not make me feel bad about reading & laughing at the Zola story.
-- MEAGY MEAG (@MeagyMeagOnAir) November 3, 2015


As "Josephine," a co-editor for sex worker blog Tits & Sass, said, "every sex worker I know has a horror story. We get robbed, arrested, beaten, humiliated. The majority of our horror stories blur the line between 'awful' and 'hilarious.' At least, mine do" -- which is why, she speculates, Zola turned to humor (and some accompanying plot twists) to defuse the grim realities of her situation. It doesn't mean she's a liar or made up the parts about her getting kidnapped and trafficked, it just means she got a bit carried away in her tweeted retelling. Which, is a tad questionable, sure, but it doesn't make the meat of her story and the stories of other sex workers any less valid. This woman went through a horrible, traumatizing nightmare, and the fact that the Internet has the gall to even question her when it comes to the way she retells a life-threatening experience is bleak to say the least.

And what does all this very public questioning of Zola's story do to other sex workers and victims of abuse? It tells them that they won't be believed, that our toxic culture of "women lie" is very, very real despite all the heartening stories about speaking up and sharing your experiences. Because ultimately, even if Zola felt like she could deal with it, there are many other women who wouldn't dream of reliving a traumatizing experience only to have it spat back in their face by a vitriolic troll.

Bottom line -- always believe women. The world will be a better and safer place if you do.