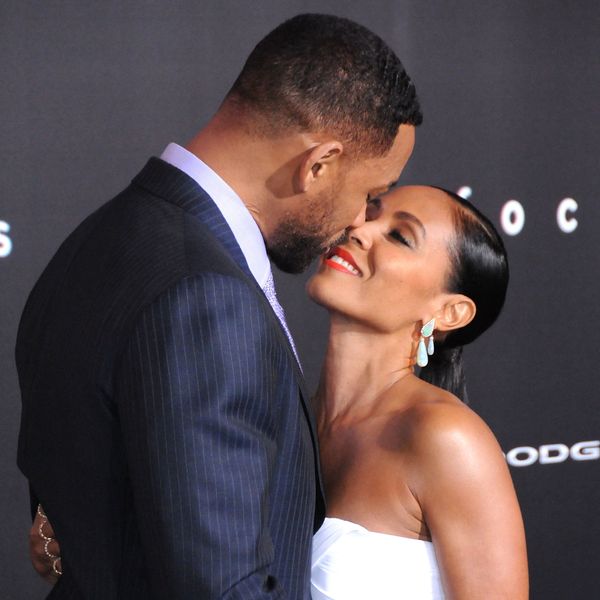 "I actually sat down with Will and had a conversation due to the transformation from their marriage to life partnership... he gave me his blessing," he explained. Alsina maintained that the relationship wasn't some secret, elicit affair, suggesting the Smiths had an open marriage at the time.

The two were introduced back in 2015 by her son Jaden and quickly became very close despite the age gap. According to Alsina, he vacationed with the Smith family in Hawaii and accompanied Jada to the 2017 BET Awards. "I totally gave myself to that relationship for years of my life," he said. "I truly and really, really deeply loved and have a ton of love for her [Jada]."

While this interview marks the first time Alsina has gone on the record about the alleged relationship, rumors have been circulating for quite some time. Alsina's 2019 track "Nunya" sparked speculation, with fans claiming his lyrics alluded to the actress: "You got me feeling like it was an act, you're just an actress/ Putting on a show 'cause you don't want the world to know."

The track's official video even features a text message from a love interest listed as "Koren," which just so happens to be Jada's middle name, though Alsina has denied any relation.

In the interview, which is part of a promo run for his new album The Product III: stateofEMERGEncy and its five part docu-series, Alsina said his goal in coming forward with his past is not to stir up drama, but rather to speak his truth.

"People can have whatever ideas that they like. But what I'm not OK with is my character being [called into] question." he said. "Contrary to what some people may believe, I'm not a troublemaker. I don't like drama. Drama actually makes me nauseous. I also don't think that it's ever important for people to know what I do, who I sleep with, who I date, right? But in this instance, there are so many people who are side-eyeing me... I've lost money, friendships, relationships behind it. And I think it's because people don't necessarily know the truth."

According to her reps, Pinkett-Smith has since denied Alsina's statements, saying they are "absolutely untrue."

Watch the full interview with Alsina, below.