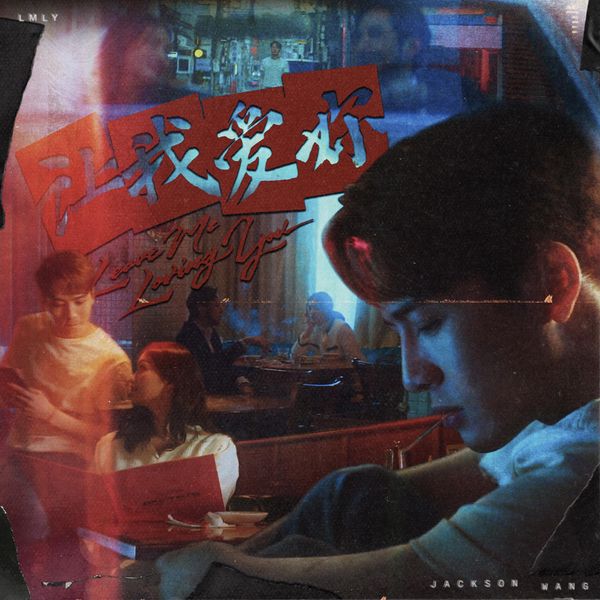 Jackson Wang has been keeping busy. Only three months into the year, and the GOT7 rapper and solo artist has already released three new songs, including a collab with legendary K-pop idol Rain. And now, he's just dropped his fourth release within a month, "LMLY."

The new song is Wang like we've never heard him before, with a playful '80s-inspired sound and just the right amount of kitsch. But the concept behind the bop — which is an abbreviation for "Leave Me Loving You" — is actually a story of unrequited love, as captured by the artist in his self-directed music video, out today.

"This isn't my first time directing, but I got to explore new methods I never tried before. Like flying a recording drone indoors in a small restaurant set," Wang tells PAPER. "I wanted to create cinematic movements that had a fresh feel to them and that adds to the story I'm trying to tell."

Like the video for his electronic dance-pop hit "Pretty Please," the artist was once again inspired by the Hong Kong films he grew up watching. He explains, "I wanted to continue exploring similar themes, but whereas 'Pretty Please' is fundamentally a musical, 'LMLY' focuses on plot and hopefully, leaves the audience thinking."

In the video, a young waiter falls for a regular at the restaurant Wang works at. He tries his best to let her know about his feelings through subtle gestures, but she winds up bringing another man into the diner. From there, the waiter's imagined love story fantasy unravels.

The message Wang wants to get across with this song? "Go for it," he says. "I think what we've all realized this past year is how fleeting life can be. Whether it is love or an aspiration, I hope we can all be more courageous in pursuing our happiness. If you like someone, you should let them know."

"LMLY" is only the beginning, though. The artist plans on releasing a total of over 40 songs this year, with more to come on his fashion line and the design side of his company. Wang has some exciting news coming up soon with his label, Team Wang Records.

"2021 is a new start for me to really get into my zone and to work to my fullest as a solo artist," Wang says. "It's about having more room and time to prepare, strategize my projects. Writing music, writing treatments and directing, and being way more involved in my own projects and having more dedicated time to TEAM WANG."