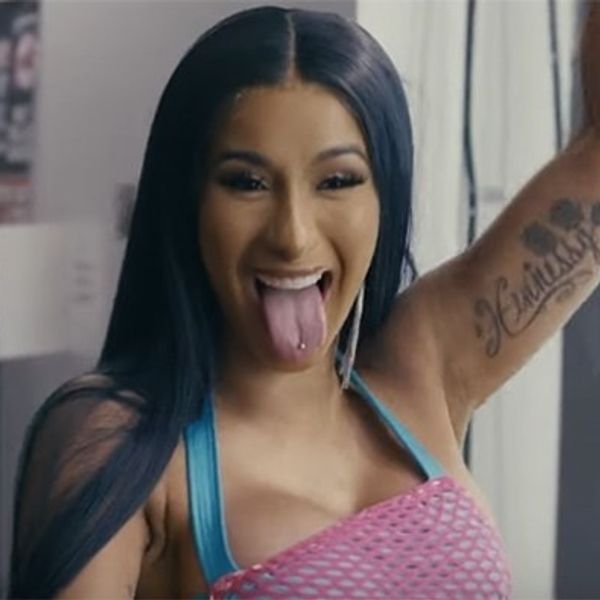 This 'Hustlers' Trailer Will Blow Your Back Out

At long last, the first official trailer to Hustlers, the pole dancer scammer vehicle with an all-star cast of female leads, is finally here. In the weeks leading up to this glorious moment, the stars — Jennifer Lopez, Constance Wu, Lizzo, Keke Palmer, Lili Reinhart, Julia Stiles, Madeline Brewer and Cardi B — each got clever seven-second teaser clips.

Now in the full trailer, we see Cardi B, making her big-screen debut as a dancer named Diamond. The same is true for Lizzo, who plays a dancer named Liz. There are strobe-lit sequences of money being thrown at them on stage; shady looking businessmen being toyed with; montages of J.Lo, who makes a pretty convincing ringleader, running scam plans; and yes, the rise and fall of it all. It's all very empowering without explicitly saying so. And naturally, the whole thing is set to "Money" by Cardi, which couldn't be a more iconic theme for a woman who herself has gone from stripping to climbing the charts.

Also fittingly, the Hustlers plot follows a similar rags-to-riches/Robin Hood narrative, as a group of strippers bond together and swindle affluent Wall Street men out of their money. The story is a true one, first appearing in an infamous feature on The Cut by Jessica Pressler called "The Hustlers at Scores." Stiles, in arguably one of her first major roles in years, plays the journalist who brings the strippers' story to the public. Writer and director Lorene Scafaria is helming the film.

It seems everyone here is cashing in and owning the story, and they are all women. More of this in Hollywood and beyond, please and thank you. Hustlers hits theaters in September.