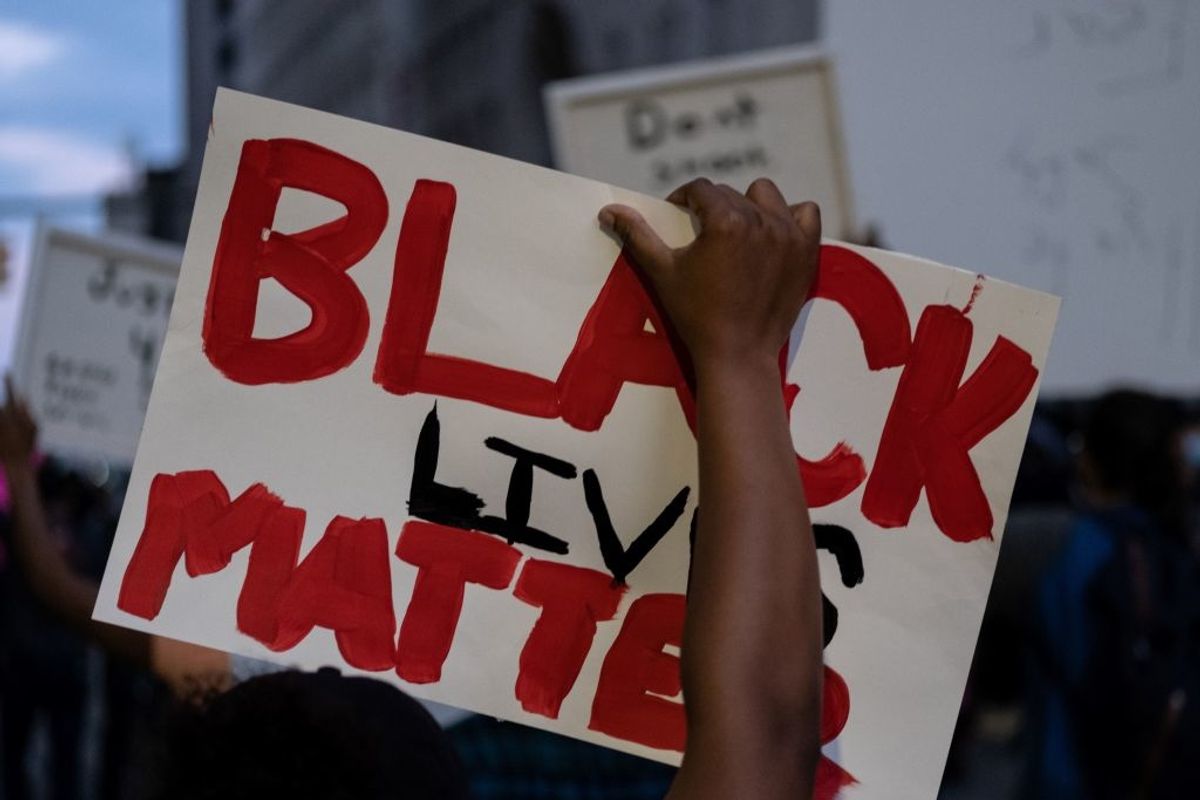 How to Demand Justice for Jacob Blake

A 29-year-old man identified as Jacob Blake is in critical condition after being shot and tasered multiple times by local police while trying to enter his vehicle in Kenosha, Wisconsin, on Sunday.

Extremely disturbing citizen footage shows Blake being repeatedly shot in the back without provocation, in front of his three children who were sitting in the car. The police officers involved were investigating a "domestic incident," and it's reported that Blake was trying to break up a fight between two women when they arrived.

"Tonight, Jacob Blake was shot in the back multiple times, in broad daylight, in Kenosha, Wisconsin," said Wisconsin Governor Tony Evers in a statement released on Sunday. "Kathy and I join his family, friends, and neighbors in hoping earnestly that he will not succumb to his injuries. While we do not have all of the details yet, what we know for certain is that he is not the first Black man or person to have been shot or injured or mercilessly killed at the hands of individuals in law enforcement in our state or our country."

According to family members, Blake is now out of the ICU, but his condition is still reportedly critical. Protests erupted in Kenosha yesterday after video of the shooting circulated on social media, until the state imposed an emergency curfew from 10:15PM until 7AM this morning.

Here's how you can help Blake, demand answers from Wisconsin police and support the Black Lives Matter movement locally and across the country. We will update this page as more information becomes available.

Here's the link to the only GoFundMe organized by Blake's family. Funds will go toward his "medical bills, family expenses, legal representation, support for his children and therapy costs."

The officers involved in Blake's shooting have been placed on administrative leave, and the police department will produce a report on the incident within 30 days. But without public pressure, it's unlikely anything will change. Local news reporting indicates that many people of color have died at the hands of police in southwestern Wisconsin in recent years.

Now is a critical time to demand accountability. Let's put some pressure on local officials to arrest and charge the officers involved in Blake's shooting, and advocate for further reform. Here are three good numbers to call and make your feelings known:

You can also sign this change.org petition demanding the cops who shot Blake be charged.

Donate to help bail out protesters

The Milwaukee Freedom Fund, which was started by Black and Brown Milwaukee organizers who wanted to see "residents supported as they asserted their rights to protest for justice" has said it will support protesters in Kenosha. So make sure they've got the cash to bail out those who are taking to the streets, and provide them with legal assistance.

No doubt protests will erupt elsewhere around the country. For a list of bail funds across the US, look toward The Community Justice Exchange's by-state Directory of Community Bail Funds or ActBlue's platform, which allows you to split donations between bails funds in cities across the nation.

Now is also a good time to learn more about why cash bail should be abolished.

Or take to the streets yourself

The past few months have shown that sustained, peaceful protests, the sharing of information and resources, and having tough conversations with family and friends about the Black Lives Matter movement can create real change. If you do take part in protests this week, be informed and be safe. If you are arrested or approached by police, know your rights.

Here's some advice per the Milwaukee Freedom Fund:

"Make sure there is someone outside of protesting that knows your legal name and birthday so we can look you up if we need to.

If you are arrested- DO NOT TALK about what happened while in jail unless you are talking to your lawyer. Phones and visiting rooms are recorded.

You have the right to remain silent and ask for a lawyer.

Most arrested protesters are ticketed and released that process can take hours.
If someone is detained, their bail is set and charges are read usually the first time they see a judge. In Milwaukee, that's been a few days.

And here are more general resources about preparing for a protest from Amnesty International.

If you're requesting bail for you or someone else you know, use this form to request assistance from the Milwaukee Freedom Fund. If you have received a curfew ticket, reach out directly to the ACLU: protest@aclu-wi.org.

Following outrage over the killings of George Floyd and Breonna Taylor, many bail funds were overwhelmed with support and began asking for people to donate to community organizations dedicated to eradicating white supremacy. We'd recommend places like the Innocence Project and the Know Your Rights Camp. Head here to learn more ways to support the movement outside of protesting and donating.

While footage of Blake being shot by a police officer may prove valuable for prosecuting the officer involved, it is far more useful at this stage to share resources than traumatic video of the incident.