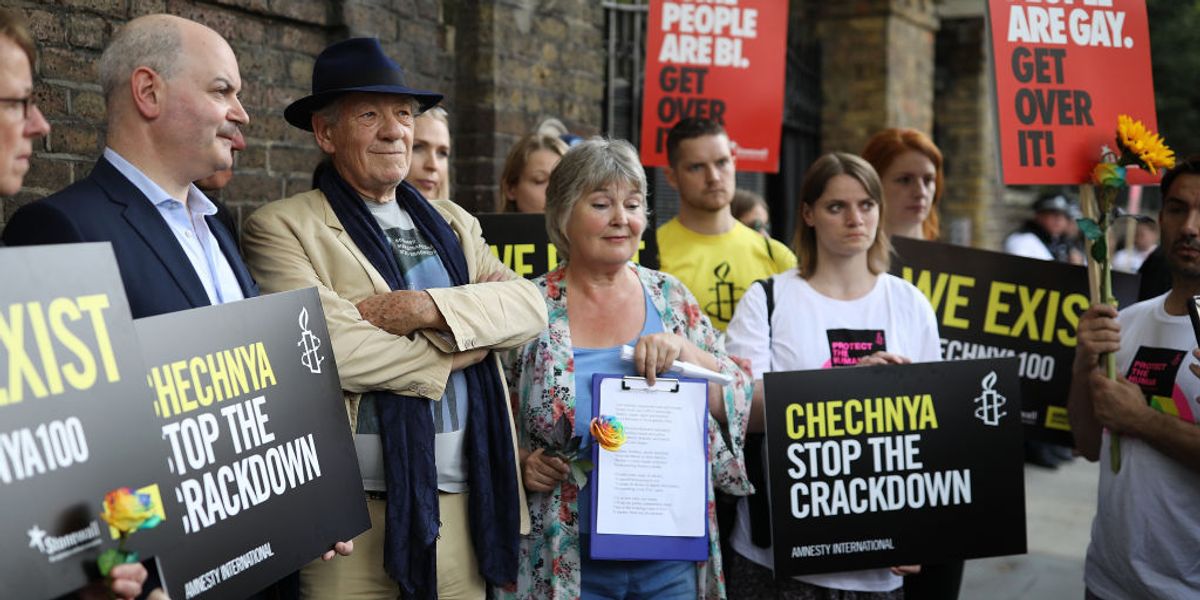 During their most recent session in Congress, the House of Representatives unanimously approved a bipartisan resolution that acknowledges and condemns the alarming violence and torture targeted at gay and bisexual men in Chechnya. Rep. Ted Lieu of California confirmed the passing of House Resolution 351 on Twitter, while Rep. Ileana Ros-Lehtinen, who introduced the bill last month, spoke before her fellow Congress members prior to the vote.

"This body has the ability to be that strong voice of human rights for all individuals and send a clear message to any oppressor that the United States will not turn a blind eye against violence, against harassment and discrimination, no matter where it happens," she said on the House floor. "As a country we have the responsibility to promote our deeply cherished American values and reaffirm our commitment to fundamental freedoms, especially for those who under the shadow of oppression and tyranny."

Russian newspaper Novaya Gazeta reported in April that Chechen police has been arresting suspected gay and bisexual men and sending them to secret prison camps due to their sexual orientation since the beginning of the year, racking up over 100 arrests and causing three known deaths so far. Chechen President Ramzan Kadyrov has repeatedly denied the situation, and although the Kremlin reportedly launched an investigation, many politicians and advocacy groups are skeptical about their intentions. "Putin has given free reign to the Chechen leader," Ros-Lehtinen said. "He has significant influence over what goes on in Chechnya."

Although the resolution simply condemns the Russian republic rather than promise to take any notable action, the passing of the bill is important in that it signals that the US will not let Chechnya get away with taking innocent people from the LGBT community. It's also significant that the bill passed unanimously, considering political parties can't agree on anything nowadays. Who would have thought?