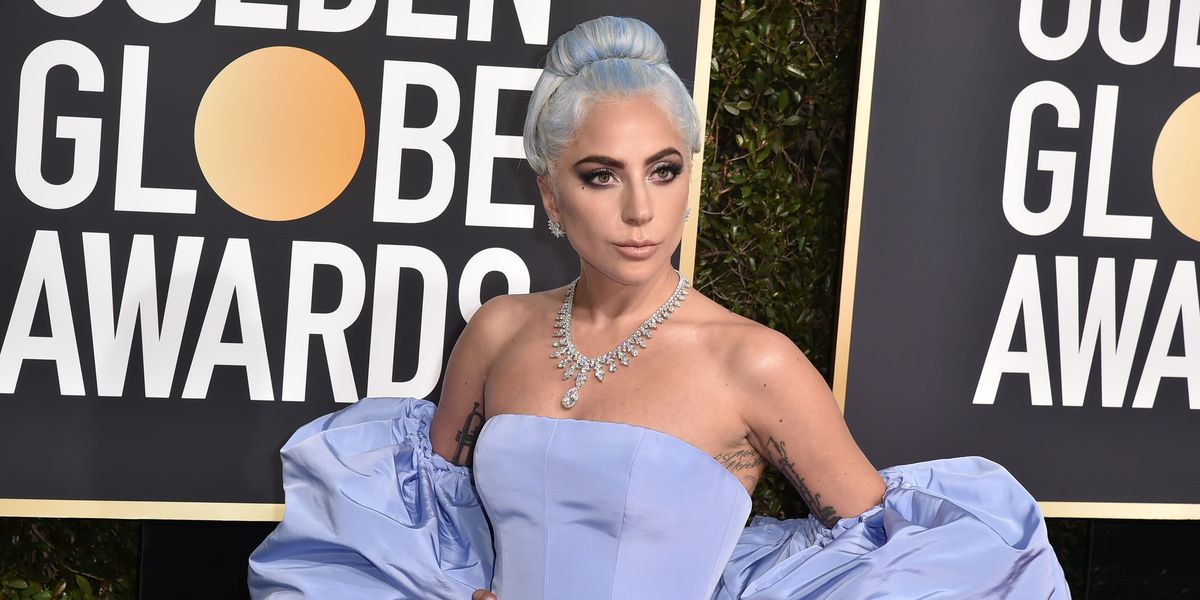 A Hotel Maid Is Auctioning Off Lady Gaga's Globes Dress

Sometimes rich people leave hotel maids a cash tip; other times they leave their priceless custom Valentino couture hanging in the closet. Or at least that's what TMZ is reporting about Lady Gaga's periwinkle blue Golden Globes gown from January. A Beverly Hills hotel employee supposedly came across the dress while cleaning up Gaga's hotel room after she'd checked out, and is now auctioning it off.

In a handwritten note sent to the auction house, the maid claims she has worked at the hotel for 24 years and is a veteran of the Globes. When she came across Gaga's dress — which made headlines at the time for resembling the one Judy Garland wears in the original A Star Is Born — she did the right thing and handed it over to police. It went unclaimed, so via the finders keepers rule she got to take it home with her.

The note implies that Lady Gaga likely intended to gift the maid her gown, benevolent diva that she is. Unfortunately, it wasn't Gaga's to give. The frock was on loan from Valentino, and TMZ sources say the vaunted Italian fashion house is coming after the maid for theft.

If that's the case, we're outraged. Valentino can afford to take the L on this one, surely? Haven't they seen early 2000s Jennifer Lopez vehicle Maid in Manhattan? One single item of technically stolen luxury clothing can change a hotel maid's life! The only good end to this story is the maid wearing the gown to an event, then meeting a handsome and wealthy suitor who presumes she's a popstar slash actress but isn't too upset when she reveals her lowly servant status. Thank you.