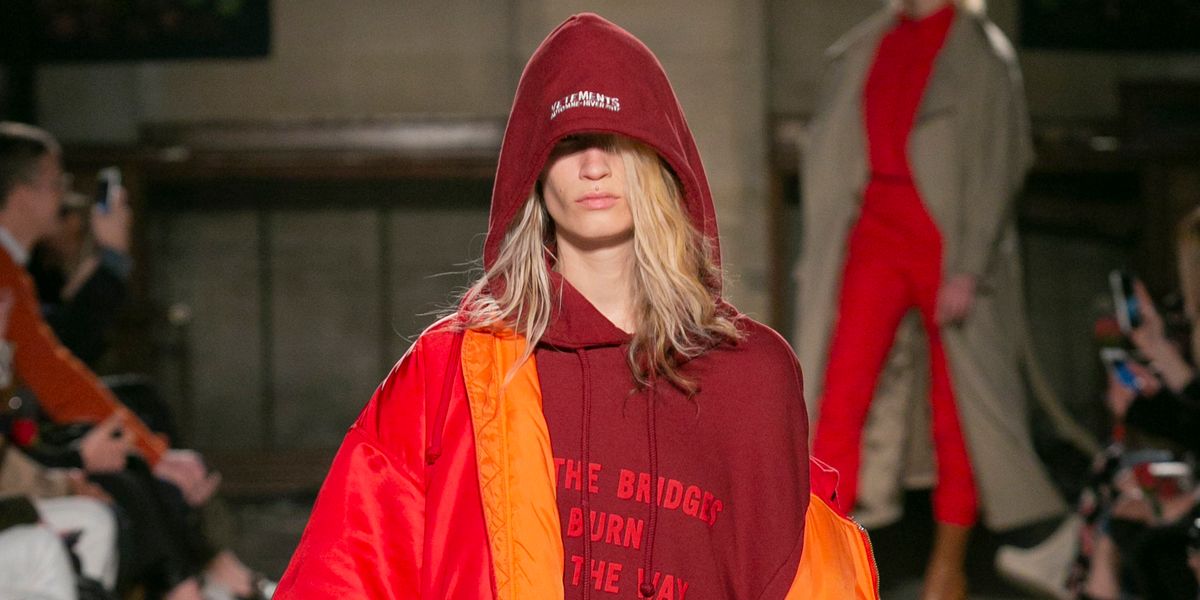 Of all the exhibitions museums have dedicated to clothing in the past two decades, from large-scale installations on Catholic fashion to intimate showcases from private collectors, few have managed to capture the socio-political evolution of just a single garment.

The Hoodie, a new showcase open now in Rotterdam's Het Nieuwe Instituut, does just that with an in-depth examination of the garment's cultural complexities, dubbing it "Western Fashion's last truly political garment." It charts the hoodie's role in society through various topics including social inequality, subcultures, police brutality, racism, privacy, fear and style.

The hooded garment, which was popularized by sportswear brand Champion in the '30s as a practical solution for workmen, is notable in that it is hyped as a trend and must-have item, while also being a symbol of panic elsewhere. It's also banned in some areas by certain institutions. According to the exhibit, the media has frequently associated the hoodie with ideas of inequality, crime or deviancy.

"The hoodie has been in and out of the news for a significant proportion of my teenage years and adult life," says Lou Stoppard, the writer and cultural commentator who curated the exhibit, citing periods of moral panic in the UK in the mid-2000s and the coverage of events like the murder of Trayvon Martin.

"At the same time, the hoodie was emerging as a key new part of high fashion — a sign of the influence of streetwear and sportswear on luxury brands," she adds. "So, while the hoodie was being maligned by some media as an emblem of deviancy or crime or rebellion, it was also being heralded as a trend in some glossy magazines. It felt like there were so many stories being told that, in turn, reflected broader societal issues.

Other themes covered in the show include the history of hooded garments, the emergence of the modern hoodie, issues around CCTV and surveillance, debates around racial profiling and police brutality, the uniforms and styles of subcultures and different music movements, and more. "In a way it all serves to show how intense and, often, contradictory existing coverage and discussion of the hoodie has been," she says.

Among the exhibiting artists include streetwear labels like Vetements, Off-White, and Rick Owens, as well as installations by photographers and filmmakers. It is presented as a mixed-media format, with garments juxtaposing artworks, printed matter, digital footage, social media posts and other cultural artifacts.

The Hoodie is on now through April 12, 2020 at the Het Nieuwe Institute in Rotterdam.