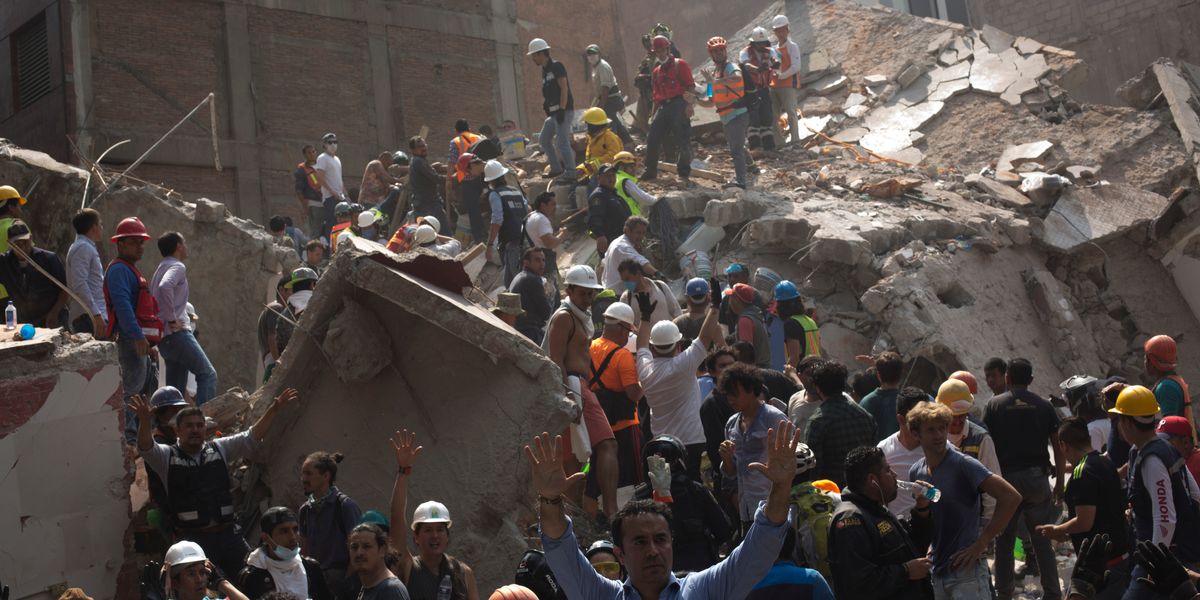 Yesterday afternoon, Mexico City was rocked by a magnitude 7.1 earthquake that toppled buildings, including schools and hospitals, cracked highways and left hundreds of people dead. It took place on the 32nd anniversary of the city's infamous 1985 earthquake that claimed 10,000 lives, and just 10 days after a magnitude 8.1 earthquake off the coast of Mexico caused dozens to die.

At least 217 people have died in the Mexico City earthquake. 22 children were killed when this school collapsed. pic.twitter.com/F3Jw1KlgdN
— AJ+ (@ajplus) September 20, 2017

Relief, rescue, volunteer and emergency aid organizations on the ground need as many resources as possible as they continue to search for missing people and care for those who have been injured and left homeless.

Rescue organizations that need your help include:

Other nonprofits on the ground in Mexico City will also need supplies to assist those now left without shelter and food. These organizations (which you can donate to) include:

Save the Children Mexico

GoFundMe created a hub for all of the campaigns that have been created, including one by Salma Hayek.

When we all pitch in to help, a little goes a long way!