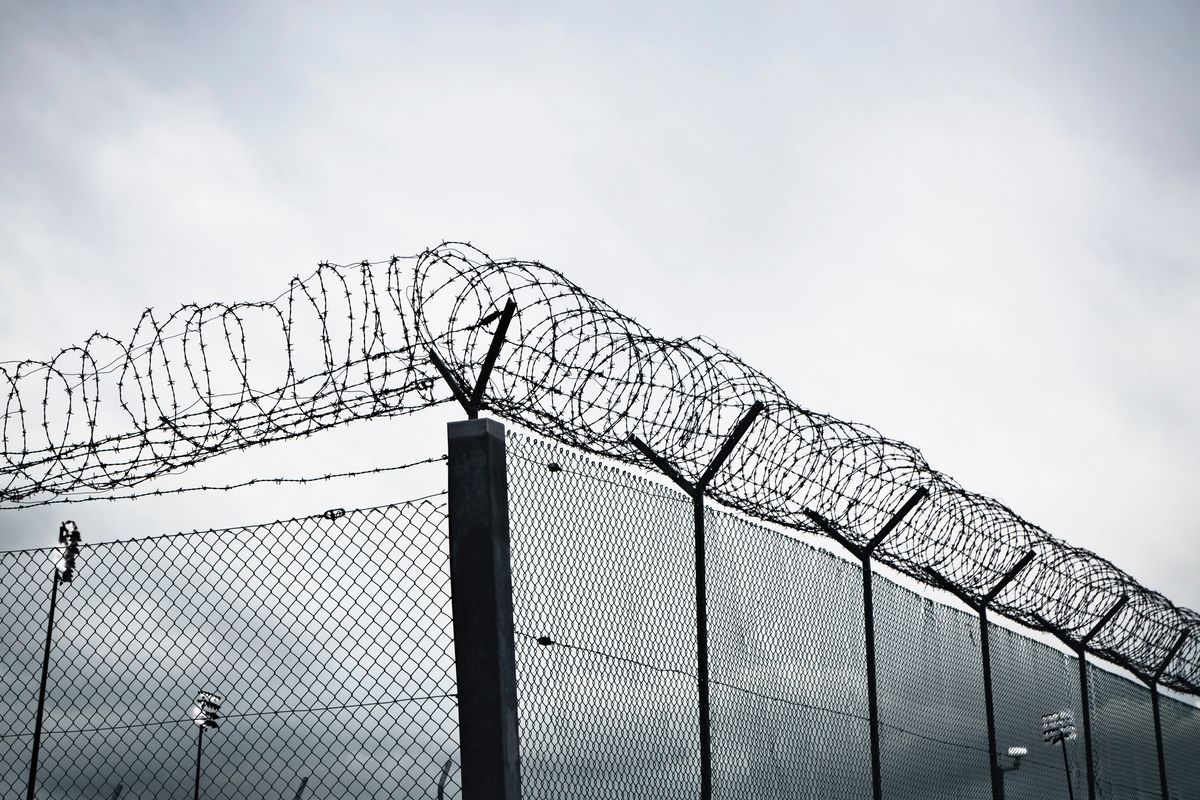 How to Help Incarcerated People During COVID-19

While many people are suffering because of the COVID-19 pandemic, when we look back, the ugliest part of this mess might be how incarcerated people were treated.

Social distancing is impossible in crowded prisons, even under the best faith efforts. And under negligent oversight, jails are readymade coronavirus hotspots, where victims already lack access to sanitation, adequate medical care and communication with the outside world.

We've already seen this reality unfold on New York City's Rikers Island, one of the world's largest jails. There are currently 52 cases out of the prison's population of slightly over 5,000. Cleaning materials like masks, hand sanitizer and bleach aren't available to corrections officers or inmates, reports TIME, and no protocol has been established for isolating people with symptoms despite the fact that inmates are forced to sleep and eat mere feet apart.

Related | Celebrities Are Pivoting to Marxism in Light of COVID-19

Inmates are also not receiving sufficient information about the disease or how it spreads. Though Rikers has the most cases, prisons across New York State are at extremely high risk given that despite a freeze on inmate movement, inmates are still being transported to and from facilities on a "case-by-case" exception basis. Notably, Harvey Weinstein is thought to have contracted coronavirus on Rikers, before being transferred to a facility near Buffalo, New York.

A spokesperson for the New York City Corrections Officer Benevolent Association (COBA) told TIME that NYC jails are "the epicenter of the epicenter" of the pandemic. The Department of Corrections has confirmed at least one death.

"Unless @NYGovCuomo, @NYCMayor, & all DAs do something ASAP, we're looking at mass death," writes Scott Hechinger, a public defender in Brooklyn who's been highlighting on-the-ground conditions for his clients.

Advocates are calling on the city to immediately release as many prisoners as possible, prioritizing elderly or high-risk inmates. Thus far, Mayor De Blasio has released 300 Rikers inmates, although according Slate, 551 people are currently serving less than a year, and many more are on Rikers "due to a technical parole violation" or for crimes that would have been processed as a misdemeanors except for "their status as parolees." De Blasio has said he "wants" to release inmates over 70 or with preexisting health conditions, but "doesn't have the authority." In contrast, New Jersey has already released 1,000 inmates to stop the spread of the virus.

Here's a few ways you can help:

For those in New York or concerned about the state's crisis, call on the state's leaders to demand an adequate emergency response for New York's criminal justice system. You can reach Cuomo's office at 1-518-474-8390 and email here. Supporters are trying to flood Cuomo with the hashtags #ClemencyNow, #FreeOurElders and #LetThemGo. Call De Blasio's office at 1-212- 788-7585 and email here.

Beyond reducing populations in general, The Prison Policy Initiative has laid out five key policy asks that will mitigate the effect of COVID-19 on the criminal justice system.

Check what your state is doing to protect incarcerated people during COVID-19, and call on your elected officials to take action.

Although New York City is the epicenter, all prisons and jails are at high risk. The Prison Policy Institute is currently tracking which prisons, jails and other criminal justice agencies are taking meaningful policy changes to slow the spread of COVID-19. If your state isn't taking adequate action, contact your governor, mayor, sheriff, attorney general's office and city council to demand an emergency response.

Here are easy scripts from The Justice Collaborative about COVID-19 helpful for phone calls and emails to governors, prosecutors, sheriffs and county commissioners and city council members.

Sign or signal-boost an open letter to Mike Pence written by public health and legal experts.

Over 700 experts in public health, law and human rights have signed an open letter demanding a fair and effective response to COVID-19, that addresses prison populations. Sign if you're in these fields, or pass along to those who are.

Tell Governor Cuomo to protect bail reform in New York, and call on your own state to take action.

Bail reform keeps people out of jail. Keeping people out of jail saves lives. This January, New York ended cash bail for low-level offenses and non-violent misdemeanors (which reduces pre-trial detainment or "jail churn"). These reforms have already saved countless people from exposure to coronavirus in jail, but they're facing push-back, however, New York officials including Cuomo are trying to roll back bail reforms midst of the outbreak. Call on Cuomo and New York's legislature to preserve bail reform here.

Check out your own state's bail policy and call on your officials to take action.

The Legal Aid Society, New York's largest law firm for low-income families, is leading a lawsuit to release incarcerated New Yorkers at a high risk of COVID-19 from Rikers and other NYC jails.

The Release Aging People From Prison (RAPP) campaign is leading the charge to pressure Governor Cuomo to release elderly prisoners.

State ACLU chapters around the country are fighting to reduce prison populations at the state level.

The National Bail Fund Network has proposed 10 demands for freeing people from the criminal legal and immigration detention systems during the crisis.

Color of Change is leading the #JusticeNotFear campaign to protect bail reform in New York, among other COVID-19 responses.