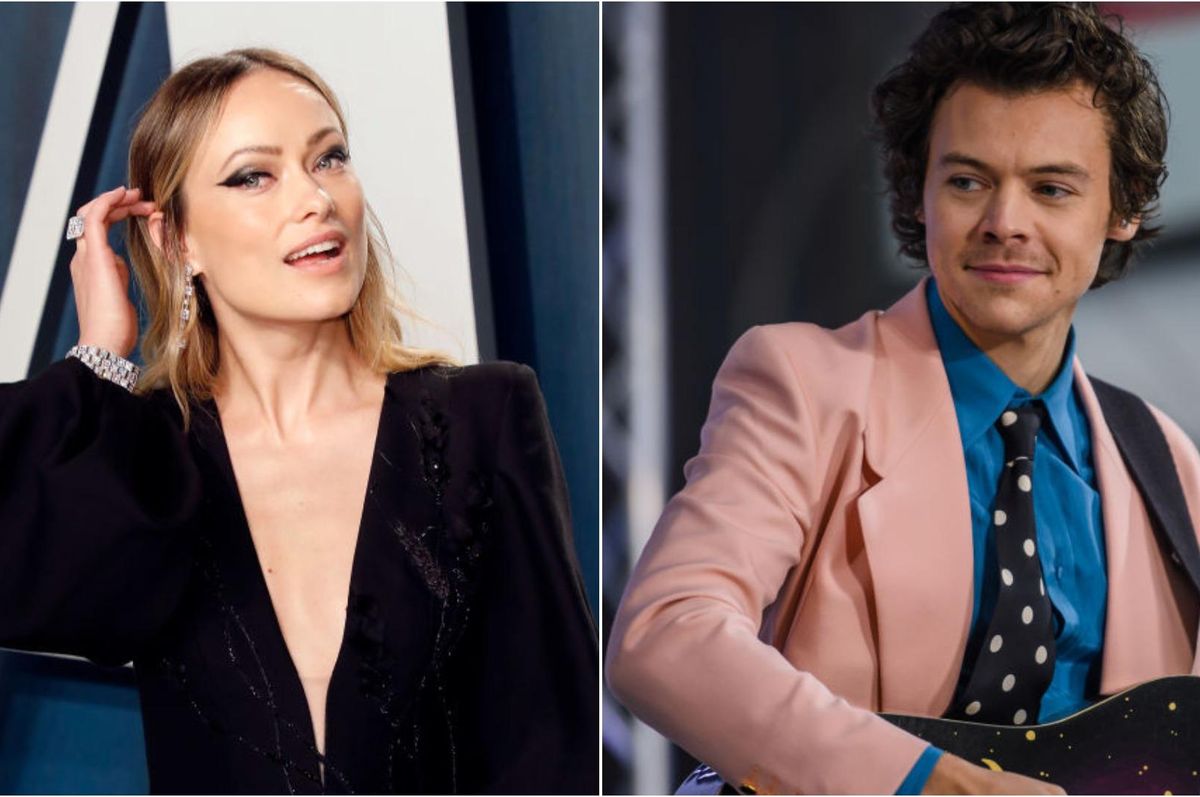 You deserve a a first-day-back-at-work celebrity gossip treat, so here it is: Harry Styles and Olivia Wilde were photographed holding hands at his manager Jeffrey Azoff's wedding over the weekend. And according to a People source, the two have been quietly dating for a few weeks.

First off, the disclaimer. Styles and Wilde are technically colleagues, so seeing them in photos together doesn't come straight out of the blue. Styles will co-star in Wilde's upcoming period piece Don't Worry Darling, also featuring the likes of Florence Pugh and Gemma Chan. It's her followup to cult hit Booksmart, and has a lot of buzz already.

Related | Why Did We Take the Harry Styles Wears a Dress Bait?

That's not to say these pics aren't intriguing. Styles has been steadfastly single during the pandemic, and Wilde announced a separation from longtime fiancé and father of her children Jason Sudeikis early last year. The break up was reportedly amicable, and enough time has passed that dating someone new is well within the bounds of acceptability. They certainly look kind of cute together in the photos! (The peasant dress! The nonchalant onehanded whisky!)

So let's check in with that People source, who says the twosome "were in Montecito, California this weekend for a wedding" where they "were affectionate around their friends, held hands and looked very happy." Apparently, "they have dated for a few weeks." Okay! Bold claim.

It definitely seems unlikely that Olivia Wilde would be attending the (presumably small and socially distanced) wedding of Harry Styles' manager unless she was there as a plus one. And you have to be pretty serious about someone to invite them along to such an intimate setting, right? Sending thoughts and prayers to Jason Sudeikis, right now.