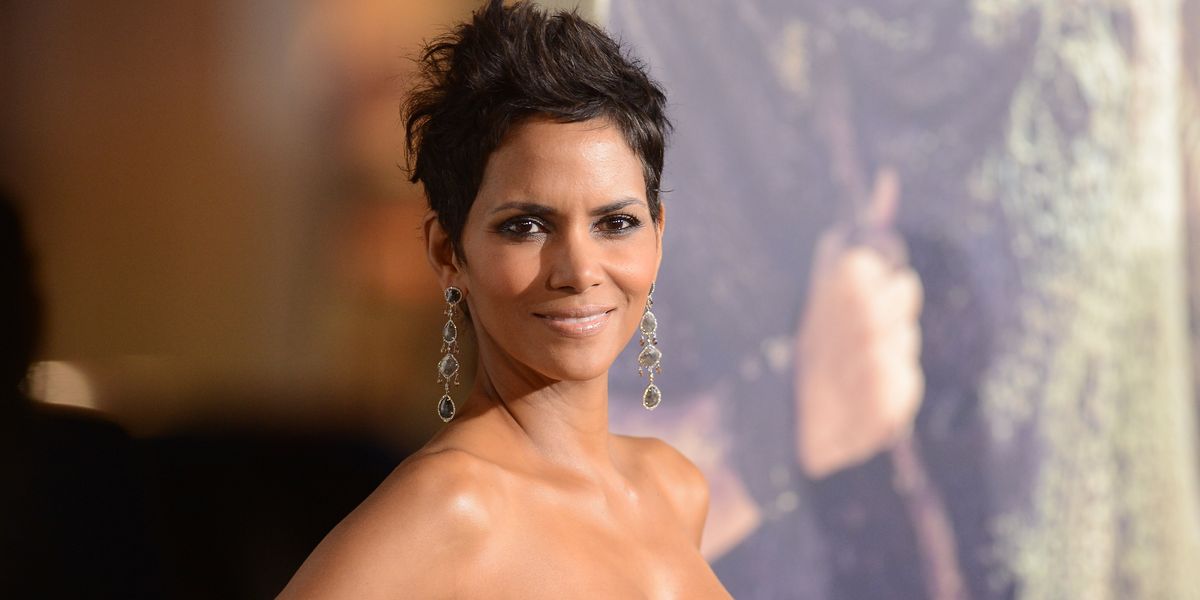 Halle Berry is facing backlash for her comments about wanting to play a trans man.

Recently, the actress joined an Instagram Live discussion with hairstylist Christin Brown. That said, a question about whether she would ever cut her hair short again ended up prompting her to talk about a potential project in which she would play a trans man.

"I'm thinking of [playing] a character where the woman is a trans character, so she's a woman that transitioned into a man. She's a character in a project I love that I might be doing," Berry said, before explaining that the project was put on hold ahead of her directorial debut, Bruised.

However, in between Berry being a cis woman and the fact that she misgendered the character throughout the conversation, many people have since voiced concerns over this potential casting — asking her to consider the number of talented trans actors who could actually be taking on this important role instead.

"@halleberry please don't play a transgender character," as one person wrote on Twitter. "There are so many talented trans actors trying to get their break in Hollywood and as a cis woman this is not your story to tell - especially since you misgendered the character right off the bat."

.@halleberry please don't play a transgender character; there are so many talented trans actors trying to get their break in Hollywood and as a cis woman this is not your story to tell - especially since you misgendered the character right off the bat. https://t.co/HKBZACacKX pic.twitter.com/ZldWlD4qjH

Assuming trans people didn’t need authentic media representation and weren’t killed because people think we’re “dressing up” like who we actually are...

if you were going to even *consider* playing a trans man, why the fuck would you misgender HIM? 🤦🏼‍♀️ pic.twitter.com/4x4b6CMHni

Can someone close to @halleberry please remind her that there are so many talented (Black) transmasculine actors who face profound discrimination in this industry that deserve this role? And that this role is not a “woman” or “female” story, it is a trans man / masculine story. I hope that when provided with more information on anti-trans discrimination and the importance of trans representation she will change her mind ✨ ﻿ ﻿Please tag transmasculine actors (and especially Black transmasculine actors) we can support in the comments! 💕💕 ﻿ ﻿Quote from the article: ﻿ ﻿“She said: “[The role is] a character where the woman is a trans character, so she’s a woman that transitioned into a man. She’s a character in a project I love that I might be doing.” ﻿ ﻿“I want to experience that world, understand that world. I want to deep dive in that in the way I did Bruised. Who this woman was is so interesting to me, and that will probably be my next project, and that will require me cutting all of my hair off.” ﻿ ﻿She added: “That’s what I want to experience and understand and study and explore… it’s really important to me to tell stories, and that’s a woman, that’s a female story – it changes to a man, but I want to understand the why and how of that. I want to get into it.”

Meanwhile, others lamented Hollywood's continued casting of cis actors in trans role and pointed toward the 2018 discussion surrounding Scarlett Johansson's decision to play a trans man in the film Rub and Tug — something that led to a number of production companies to back an open letter, which called on Hollywood to "use its power to improve the lives of trans people" by allowing trans actors and creatives to tell "authentic" stories.

Transphobes LOVE to say trans people are just "fetishizing oppression" or whatever the fuck but when this happens they're silent.

In the wake of the backlash, Berry responded to the criticism with an apology posted to her Twitter on Monday evening.

"As a cisgender woman, I now understand that I should not have considered this role, and that the transgender community should undeniably have the opportunity to tell their own stories," Berry wrote, before vowing to "be an ally" by using her voice to promote better representation. "I am grateful for the guidance and critical conversation over the past few days and I will continue to listen, educate, and learn from this mistake."

Read her entire apology, below.