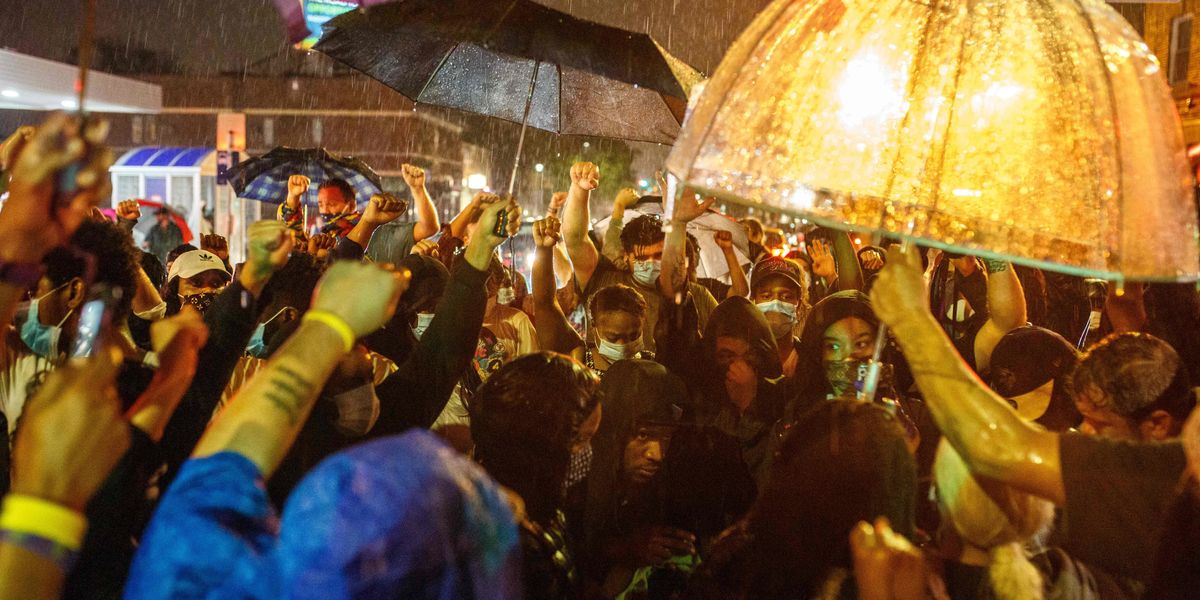 In response to the murder of George Floyd at the hands of the Minneapolis police, two protests took place in New York City on Friday.

According to Patch.com, the first march — organized by Justice League NYC — took place this afternoon at Foley Square in Manhattan, while the second started at 6 PM at Brooklyn's Barclays Center. The latter protest is being organized by the artist-led community organization Freedom Arts Movement.

Organizers have warned attendees that they should expect potential police violence and arrests. Per the flyer, protesters were advised to wear personal protective equipment, as well as to "prepare to escalate and prepare to march."

However, according to eyewitnesses on social media, there is a hefty police presence at the Barclays Center — many of whom are also not wearing masks.

"Not only big police presence by the Barclays Center but an array of Corrections vans and buses—they've clearly prepared to make a lot of arrests," as Twitter user Joshua Leifer wrote, while Rachel Mae Smith noted that, "dozens of police officers are [at Barclays] WITHOUT MASKS."

Not only big police presence by the Barclays Center but an array of Corrections vans and buses—they’ve clearly prepared to make a lot of arrests pic.twitter.com/sBkt1fPzDI