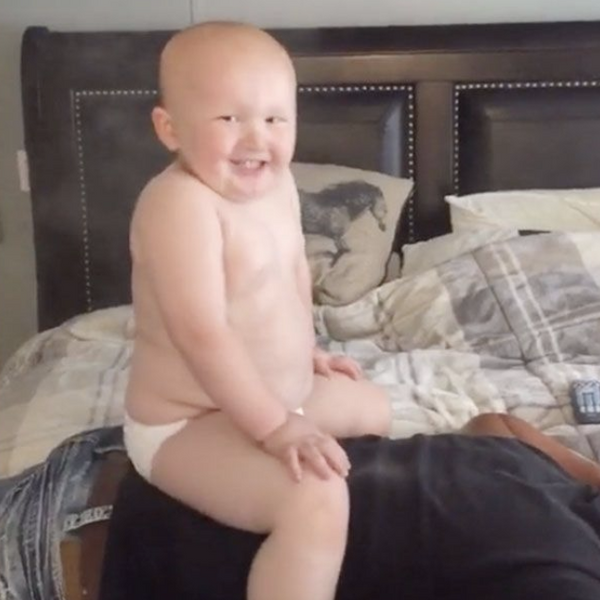 A Giant Baby Is Terrifying the Internet

If you've been anywhere near the internet in last 48 hours, you've likely seen Gavin. A preeminent example of the term "absolute unit," in the span of just a few days, he's gone from your average 3-year-old to TikTok's most popular new "baby."

From comparisons to Rugrats' "Big Boy" Pickles character to jokes about his ability to lift cars, the internet has latched onto the toddler with equal parts adoration, fascination, and a hint of terror. Though given his impish grin, surprisingly large size, and embodiment of chaotic energy, that shouldn't come as too much of a surprise.

this is a normal sized car. we are all in danger.. pic.twitter.com/pTCsEuwdUY

Y’all remember that big baby from the RugRats😂 pic.twitter.com/rBXSJkzBEO

Granted, Gavin's newfound viral fame turned out to be a complete accident. According to reports, his mom — who goes by @kat.027 on the platform — only began posting videos of him a few days ago after her 16-year-old son suggested she create a TikTok.

Needless to say, the internet took it from there. And though Gavin's proven polarizing to some people, the general consensus is that he's an undeniable legend. After all, as one commenter wrote, "That huge baby was born in the wrong time. If this was the 18th century they'd make him the god Emperor of Prussia based on size alone."

that huge baby was born in the wrong time. if this was the 18th century they’d make him the god emperor of prussia based on size alone. Now a bunch of people with anxiety disorder are just calling him a monster

See what else people are saying about Gavin, below.

i fully anticipate seeing the giant baby in my nightmares tonight. i’m not gonna run

Date: i swear I know u from somewhere

The Giant Baby: I just have one of those faces ha ha

Y’all are worried about the wrong giant baby pic.twitter.com/06cbCPwy7P