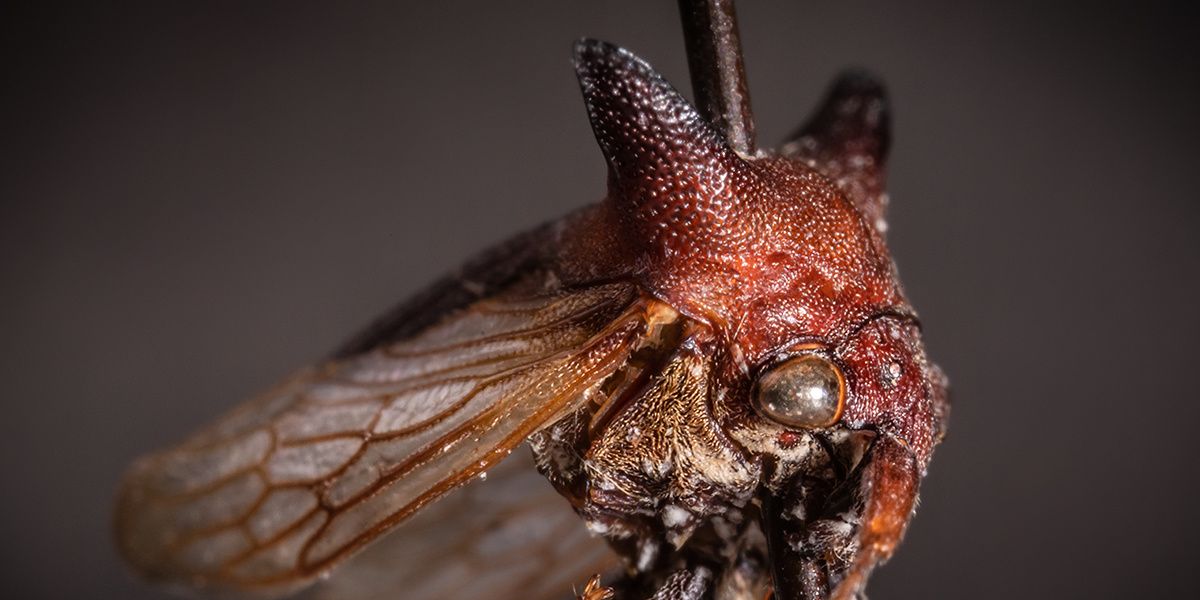 "Crazy horns" and a "wacky fashion sense?" Sounds like a Lady Gaga bug to me.

Little Monsters just got even littler, since a University of Illinois at Urbana-Champaign graduate student just named an entire species of treehopper insects after the chart-topping superstar. The newly-discovered species, dubbed Kaikaia gaga by entomology student Brendan Morris, is part of a "roughly 40 million years old" group of insects, according to Morris. Now that's what I call a pop legend!

So thrilled that "my" newest baby is making headlines, she deserves all the attention! Not to shamelessly self-prom… https://t.co/CqZFAWCYxU
— Brendan Morris 🌈 (@Brendan Morris 🌈)1583862591.0

The new genus of treehopper is truly "unlike anything you've ever seen before," according to Morris. Its body is a rusty reddish-brown color and it has horns on its thorax like many other treehopper tribes, but the main differentiators for the Kaikaia gaga are its leg hairs and genitalia. Morris even told the life sciences editor of the University of Illinois News Bureau that he would be traveling to Nicaragua to see if he could collect more little monsters from the site this particular sample was from.

Related | Lady Gaga Is Releasing a Book About Kindness

Morris' decision to name the genus after Mother Monster could not have come at a better time, since Gaga's new album Chromatica is slated for release on April 10, followed by a "Chromatica Ball" tour. If labels aren't already dedicating entire promotional departments to finding scientists to name species after their roster of upcoming releases, then they're already behind. Put your paws — and horns — up high, real high!

Photo by L. Brian Stauffer courtesy of the University of Illinois