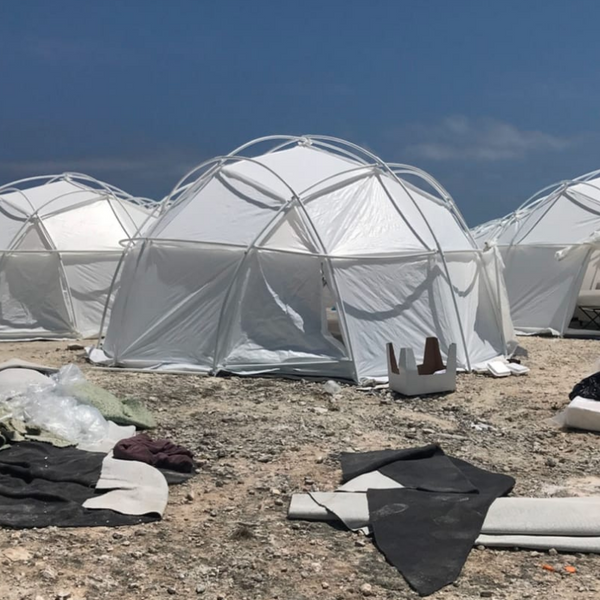 Summer 2018 might be the season of millennial grifters, but the most impressive scam of our generation was a 20-something entrepreneur tricking thousands of people out thousands of dollars to attend a festival on a tiny island without the promised artists, proper food, feasible accommodation or sufficient bathroom facilities. Then again, would all that adversity be worth it if you received millions on the other side?

Two "festival" attendees have seen a big return on their investment in Billy McFarland, the festival's infamous organizer who recently plead guilty to fraud. The pair of North Carolina-natives reportedly sued McFarland for "for hotels, flights, mental anguish, pain, and suffering" after spending a reported $13,000 on a "luxury VIP package" — which seems like a large sum to drop on one weekend.

The duo requested $25,000 minimum for all their trouble, but have instead been awarded $1.5 million each, as well as $1 million in punitive damages. As for McFarland? It's unlikely we'll hear from him anytime soon, what with him facing a 40-year sentence. As for his partner, rapper Ja Rule, he is rehabilitating his image with a new documentary series focused on the event for Hulu. There's always a silver lining.

For those who weren't as lucky, at least you'll always have the memories.