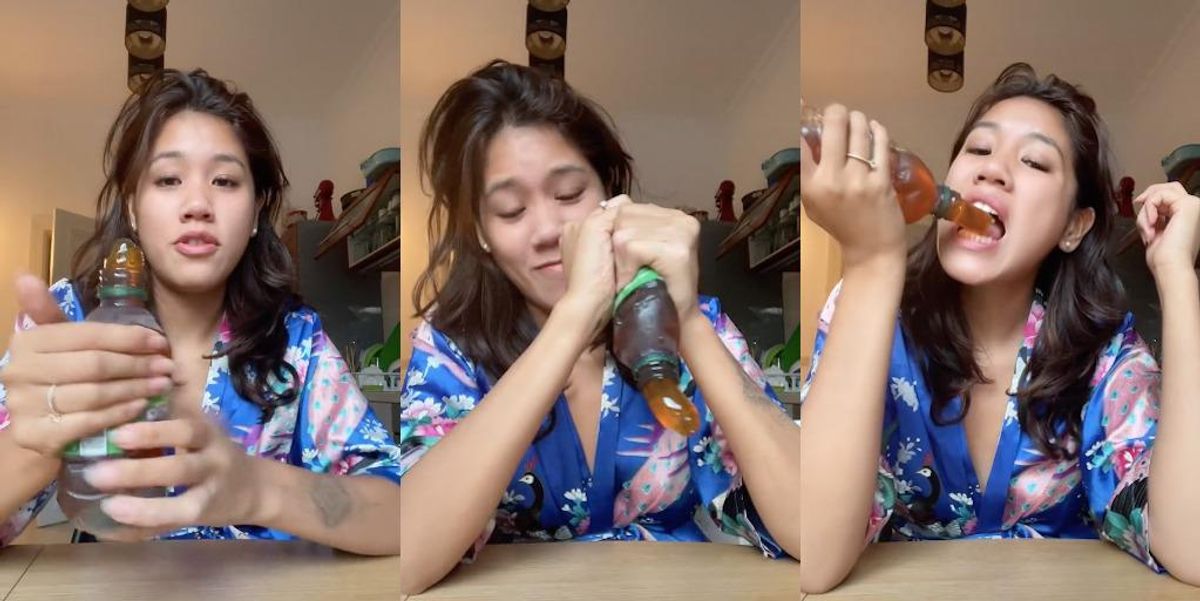 TikTok has found itself stuck in yet another sticky situation — this time literally involving too much honey.

In recent weeks, you've likely scrolled past videos of people chomping down on solidified honey squeezed from plastic bottles. As of this week, tens of millions of people have viewed this content under the hashtags, #frozenhoney and #frozenhoneychallenge.

Reply to @sqiudward_smells Note to self: don’t eat three mouthfuls of honey in the morning, it will cause urgent bowel movement

♬ I Can Feel It v3 - Nick Sena and Danny Echevarria

When the hardened honey oozes, it comes out as a glassy consistency that can be either licked or bitten off like chewy candy. After first gaining popularity on TikTok, this trend has since moved onto YouTube and Instagram where much of its following comes from the ASMR and Mukbanger communities.

On the surface, this appears much tamer than other TikTok challenges: The Blackout Challenge, where users choked themselves until blacking out; The Benadryl Challenge, taking copious amounts of medication until users experienced a hallucinatory-like experience; The Skull Breaker Challenge, involving two people kicking the legs of a third person as they jumped, causing them to fall over.

Doctors and dietitians, on the other hand, are advising against this craze. Healthcare professionals told NBC News about the severe stomach complications that may arise if this challenge continues. Dr. Niket Sonpal, a gastroenterologist and adjunct assistant professor, also spoke to Nexstar Media Group: "The minute I saw it, my first thought was, 'That is a lot of sugar, that is a lot of honey, and that is a lot of diarrhea.'"

Information released by Healthline showed that over a third of people live with fructose intolerance, meaning their intestines have issues with fructose absorption. This could potentially lead to digestive diseases, bloating, gut microbe imbalances and, for some users, feeling completely sick to where they require getting their stomachs pumped.

So if you're curious about trying frozen honey, healthcare professionals advise that you only eat it in small amounts — everything in moderation.