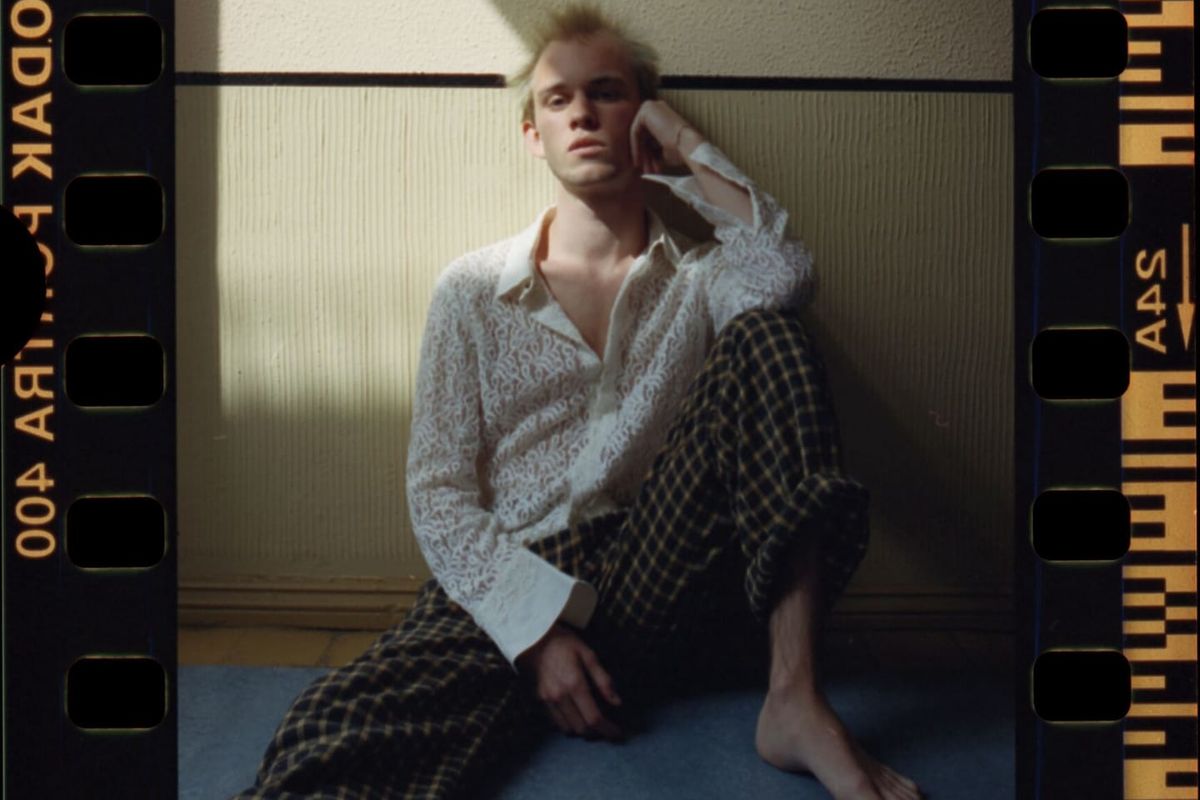 Finn Ronsdorf's 'Blue' Is an Anthem for Solitude

A sense of quiet isolation permeates Berlin musician Finn Ronsdorf's tender compositions. His debut single, "Ode to a Love Lost" captures the reflective state many enter upon realizing that a traumatic breakup has permanently altered them.

On "Blue," Ronsdorf ponders the intimacy of being in love and sad together. Still, the Matt Lambert-directed video, premiering today on PAPER, shows the singer mostly alone at home, wearing muted pastel blue, playing the piano and dancing in an empty-looking bedroom.

Those images, reflective of our collective state of isolation, don't detract from the song's sense of longing. "Blue" is built on somber piano chords and Ronsdorf's soulful, emotive voice. "I want to lay right next to you," he admits.

When wrapped up in another's embrace, it's a cocoon from the world's harshest realities. When that embrace is broken, there is a void. "We closely connect these two states of being — being in love and being blue — since that is how we've accepted to define love: various acts of routine such as holding hands, kissing and missing each other, sex and going mad when the other's gone, addiction, followed by the sudden feeling of emptiness," Ronsdorf says.

Lambert says that the video's homemade, nostalgic setting captures the music on Ronsdorf's forthcoming EP, Odes, which "Blue" is on. "[It's] an archive of loss," Lambert explains. "We've been collaborating for some time now, so it was very organic and easy for us to do a shoot like this which was quite spontaneous. For myself as a filmmaker, it's really refreshing to make something so pure and minimal. I was also really after a sense of one-on-one connection without anyone else in the world in sight or mind."

Ronsdorf also hopes that the existential messaging of "Blue" resonates with listeners during this time. Whether we like it or not, we're all reliant on something or someone to help us through.

"Especially in these quarantine times, it becomes so obvious that we use every little thing as a tool for self-escape: work, series, art, movies, music, books, food... and if we can't find anything, we tell our minds to do so. And it finds a lot: images of ourselves, images of others, images of the past, the future, fear, dreams and nostalgia," he says.

Stream "Blue" by Finn Ronsdorf, below.