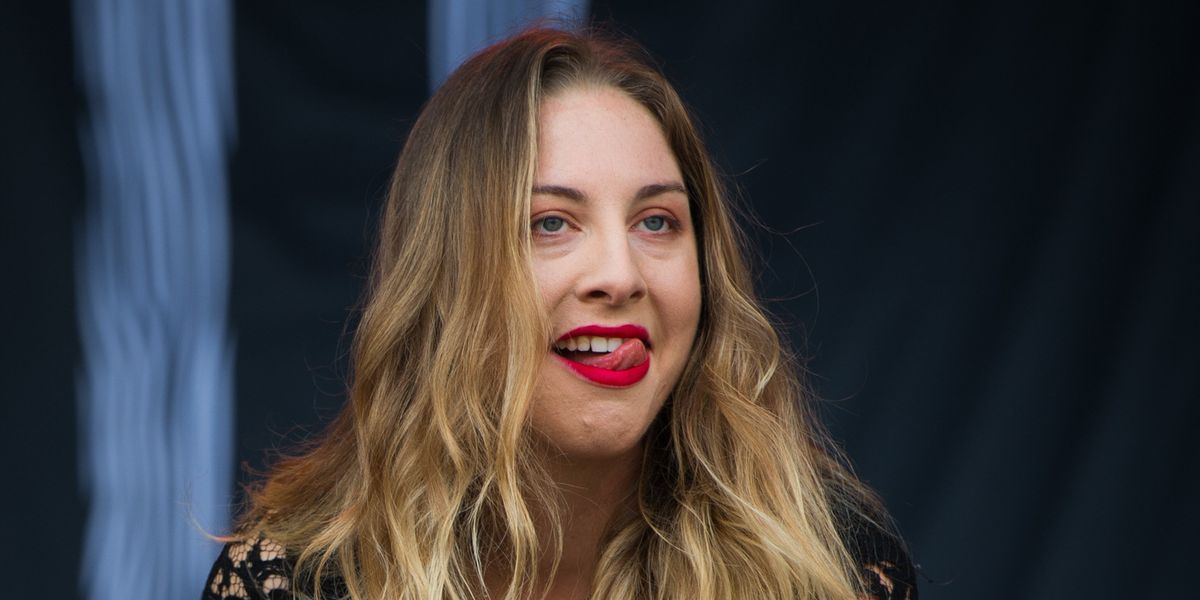 Awards shows are often needlessly tiresome and boring. It's a bunch of hot celebrities looking hot and trying to act hot while a lukewarmly funny host tries to be funny. The Brit awards looked to be following this format to the letter, until a spanner was thrown into the works. Said spanner's name was revealed to be Este Haim (of our favorite sister trio HAIM).

In not knowing who this American woman was, let alone which HAIM sister she might be, social media was thrown into a frenzy trying to work out which drunk woman was behind Liam Payne and Cheryl Cole. During the couple's interview, Este repeatedly mouthed "call me," applied lip balm and was generally being as seductive as all hell while the other HAIM sisters buried their heads in their hands. Who is she! They cried. As it turns out it doesn't matter who you might be, you can still steal the show.

Because she very much took the spotlight off its intended subjects, Liam Payne and Cheryl Cole, BBC 1's Nick Grimshaw had Este call her to apologize. "I was just having a great time, I was just living my living my life," she told Grimshaw. "I was completely sober."

Este @HAIMtheband called @CherylOfficial to clear things up about being the 'drunk woman' behind her and @LiamPayne… https://t.co/3ZvrgCPdQi
— BBC Radio 1 (@BBC Radio 1)1519289038.0