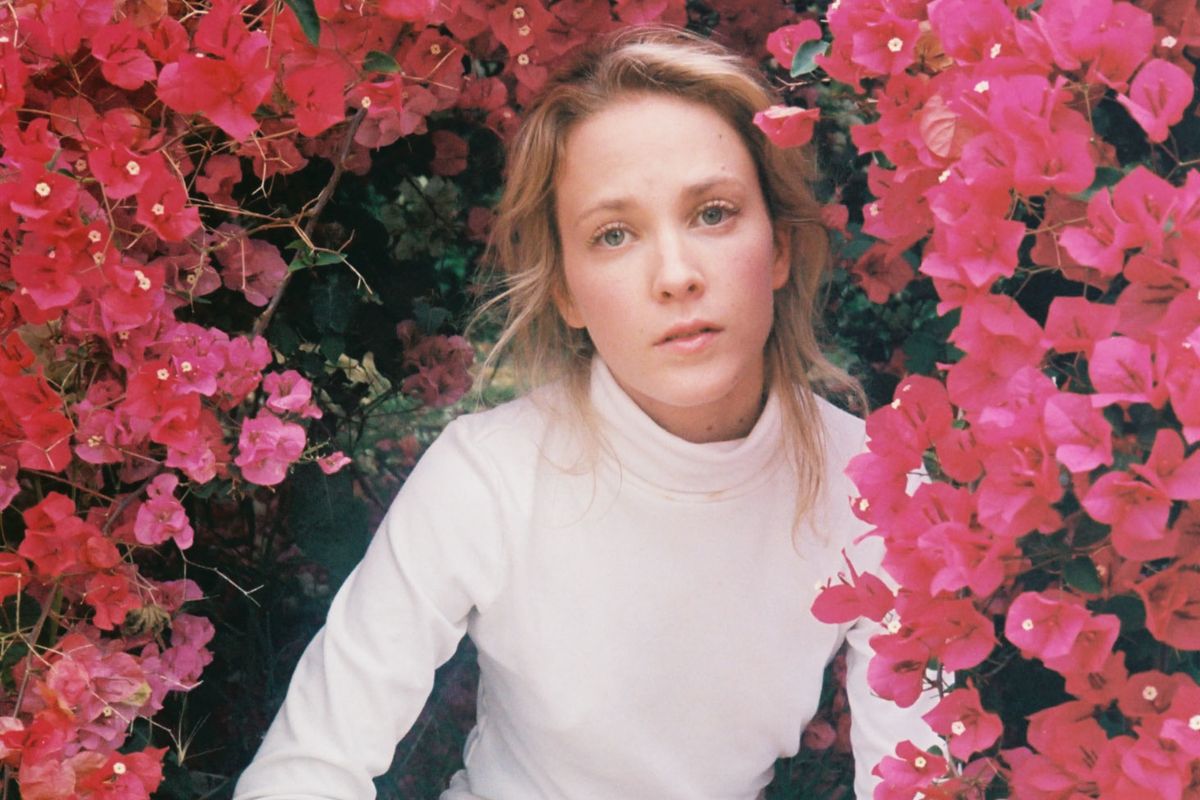 After a volatile break-up, Australian singer-songwriter Emma Louise found herself alienated from femininity, and instead, creatively attracted to masculinity: "I didn't have a male counterpart to balance myself," she told Noisey. "I filled in the male and became the masculine." It was while navigating this romantic turmoil that Louise fell in love with a new part of herself, which she calls "Joseph:" the sound of her natural soprano, when pitched down to a gender-bending, full baritone. Although she didn't take direct inspiration from other artists, Joseph is a form of audio-drag, a technique that has roots in 1980's avant-garde pop pioneered by Laurie Anderson.

Joseph takes the lead on her third album Lilac Everything, which is nearly unrecognizable next to the sweet electro-pop that Louise made a name for herself with in the Australian scene with. Louise actually wrote most of Lilac Everything well before discovering Joseph, furiously penning song after song during a respite in Mexico. She cold-pitched the music to indie singer-songwriter Tobias Jesso Jr., who was so moved by it that he made his debut as a producer to work with her. One day in the studio, she acted on gravitational impulse and asked him to alter her vocals: "It was the most magical, magical thing," she says.

The effect is magical. On the collection of simple-chord piano ballads, Joseph seems to create the kind of cavernous sonic space that Louise needed to fully explore and express her emotions. With a force that's been compared to Adele, he spasms grief, shakes with desire, whispers with fear, and sometimes, balloons with hope. Although they're sonically distant (almost inverse), Louise's feels somehow in a lineage with AHNONI's previous incarnation, Antony and the Johnsons' heartbreaking hopelessness, as well as the trans singer's stunning traversal of gender and sound.

There's an inherent shock in watching Louise, a small, blonde and conventionally feminine woman, surrounded by explosions of flowers, open her mouth for the first time, to unleash her husky, masculine murmur. However, from the bruising slap of her heartbreak, it's instantly obvious that Joseph isn't a political gimmick or the casual flirtation of a cis woman with queer culture, but rather, an outlet for urgent and genuine self-exploration. Louise's is a quiet kind of accidental rebellion against the gender binary — and even the rigid rules that sometimes emerge from communities trying to end it. The result of her exploration, while politically provocative, is also simply gorgeous.

"'Never Making Plans' and 'Shadowman' are my two of my favorite tracks from the album. I wrote 'Never Making Plans' one night about my friend Sarah who had been through a string of bad relationships. When I caught up with her she had all she owned in the back of her car and she told me she didn't believe in making plans anymore. That really hit me and I wrote the song for her. 'Shadowman' was the last song I wrote in Mexico. This one is always very fun to play on the piano. I wrote half of the song in Mexico and half of it in LA when I flew to meet Tobias Jesso Jr. who produced the album. We sat at the piano and played around with different chords and it was magic. Both these videos are shot in LA. We had an amazing florist, Sosia Floral, to come and set up the arrangement. It was a really nice day."

Watch the sessions and listen to Lilac Everything, below: