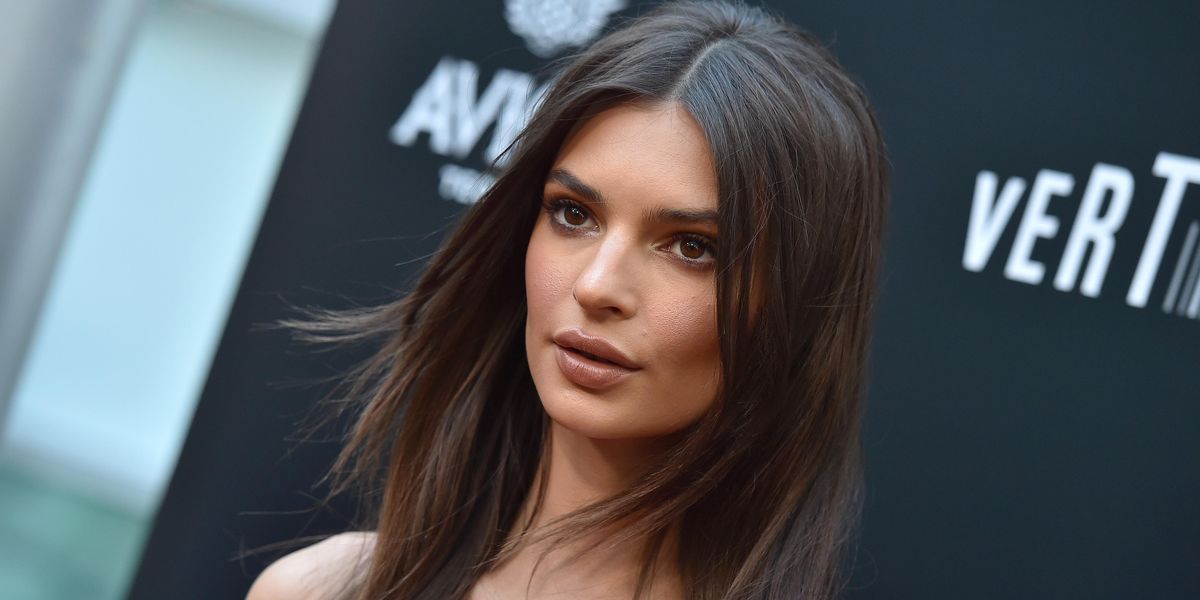 Emily Ratajkowski is using the current cryptocurrency craze to give artist Richard Prince a big "fuck you."

For those of you who need a brief refresher, Prince came under fire back in 2014 for his "New Portraits" series, in which he printed out public Instagram posts of famous faces and sold them in a gallery.

Naturally, the series caused a ton of controversy due to the artist's nonconsensual use of these photos, most of which he left unaltered save for a line of added text. And though the images initially spurred several lawsuits, one of the exhibition's most vocal critics has always been Ratajkowski, who wrote about her attempts to buy back the photos of herself — one of which featured her posing nude — in a viral piece for The Cut.

That said, the model is now pushing back against Prince's misuse of her likeness by selling a photo of herself standing in front of his work as an NFT, or a non-fungible token that gives digital artwork-buyers proof of exclusive ownership through the use of Ethereum blockchain technology. And the title of the piece? "Buying Myself Back: A Model for Redistribution," of course.

Explaining to The New York Times that the sale was a way for her to reclaim "authority" over her own image, Ratajkowski wanted to flip the script on Prince's "artistic reappropriation" argument by utilizing the NFT concept of ownership as a way to get the final word.

However, The Verge has also pointed out that the sale is potentially a "copyright nightmare" for a number of reasons. But even so, none of that seemed to bother Ratajkowski, who went on to announce the auction in a tweet about how "the digital terrain should be a place where women can share their likeness as they choose, controlling the usage of their image and receiving whatever potential capital attached."

The digital terrain should be a place where women can share their likeness as they choose, controlling the usage of their image and receiving whatever potential capital attached. Instead, the internet has more frequently served as a space where others exploit and distribute image

"Instead, the internet has more frequently served as a space where others exploit and distribute images of women's bodies without their consent and for another's profit," she added before pointing out that the concept of "female muses" has functioned similarly.

"As a model I have become all too familiar with this narrative," Ratajkowski said. "Using the newly introduced medium of NFTs, I hope to symbolically set a precedent for women and ownership online, one that allows for women to have ongoing authority over their image and to receive rightful compensation for its usage and distribution."

Read what else Ratajkowski has to say about the sale, here.