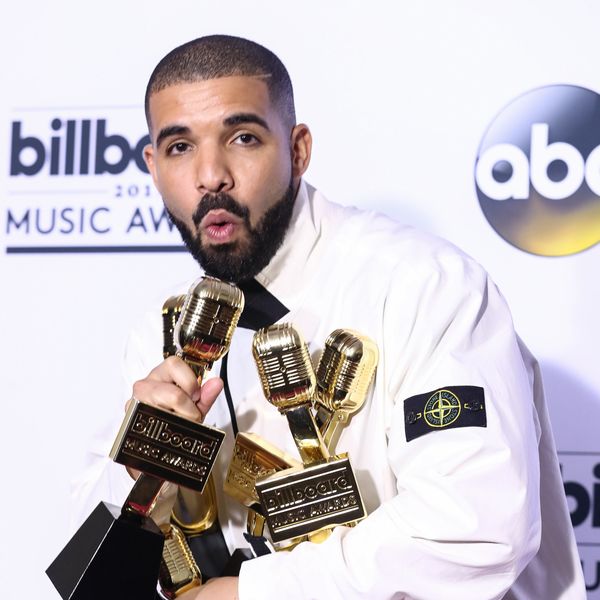 Only a week after the release of his record-breaking, 25-song album, Scorpion, Drake is showing no signs of slowing down.

The rap mogul has dropped a new freestyle for the U.K. rap channel Link Up TV, adopting a traditional Grime flow to explain his career's trajectory and throw a couple of barbs Kanye West's way. The Behind Barz episode is three minutes in total, which is more than enough time for Drizzy to explain where he's at — and who should watch out.

"They wanna link when they got no tunes/ They too worried about sellin' out shoes," he spits, appearing to reference West's desire for his Yeezys to be as popular as Nike's Jordans. "I don't give a fuck about jeans or crap/ Or going to Milan or going to the Met/ I just wanna make these songs for the set," he continues, perhaps talking West's affinity for fashion and frequent attendance of the Met Gala.

While Scorpion reviews have ranged from mediocre to mixed, no one can deny Drake's unbelievable staying power. "In My Feelings," one of the final tracks from Side B of the project, has kicked off a viral dance trend. Scorpion marks Drake's eighth studio album to go number one, and has hit 1 billion streams globally in its first week.

All hail the commercial king of rap. Check out the full Behind Barz freestyle, below.