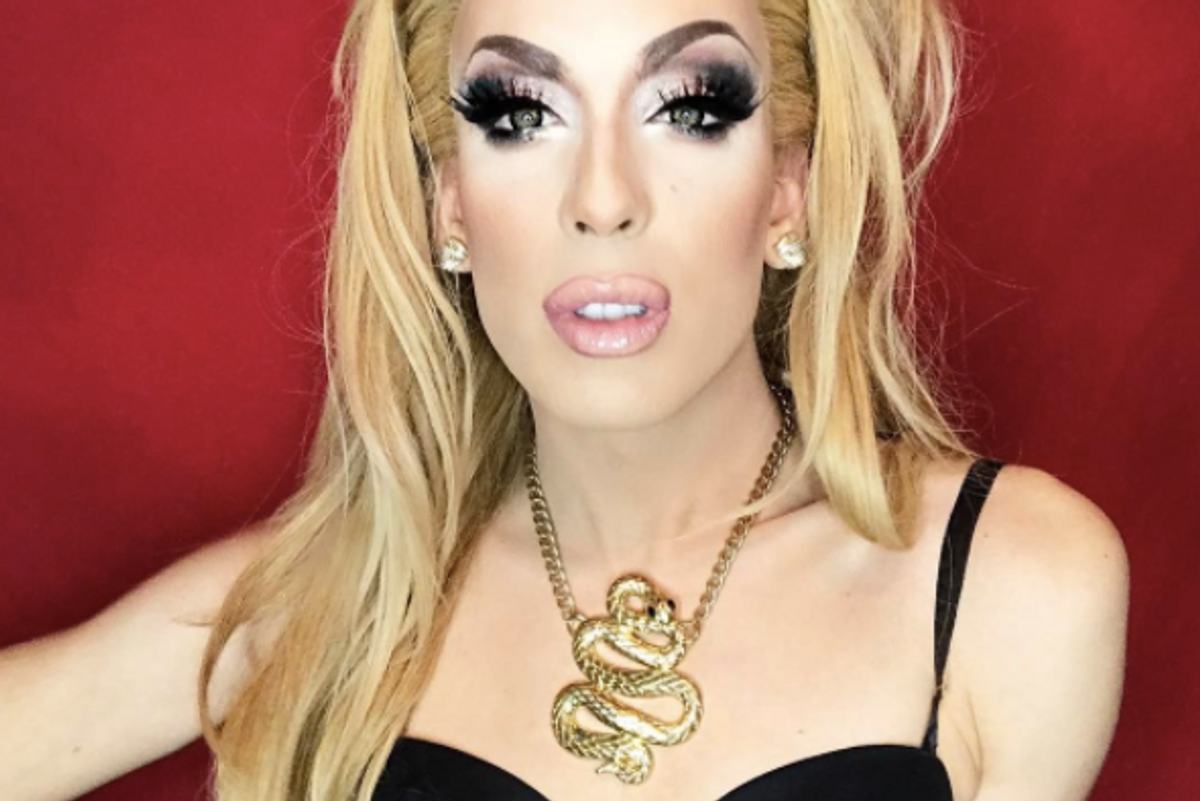 After going radio silent for several months (and enacting a literal social media blackout a few days ago) following her disastrous feud with Kim and Kanye, Taylor Swift has come back biting, using spooky, Game of Thrones-y footage of snakes to promote her upcoming album Reputation. (After Kim exposed Swift on Snapchat as having lied about not approving Kanye's infamous "Famous" lyrics, the pop singer's Instagram was inundated with snake emojis).

Fans of RuPaul's Drag Race may recognize these tactics, as they were first perfected by Alaska Thunderfuck after she was similarly harassed by online haters with snake emojis after her successful run on the show. The Drag Race winner responded by cheekily integrating snakes into her brand, releasing a YouTube video in which she declared her love for snakes while wearing a gown with a collar reminiscent of a cobra. Alaska successfully diffused the situation, as fans embraced her reaction and the whole situation blew over.

In a conversation with The Fader, the drag queen shared some advice for Swift as she works to reclaim her image. "You have to take the tragic and turn it to magic," she told The Fader. "People used to call me a horse face. Then I adopted the horse as my spirit animal. Something that brought me pain and anguish ended up bringing me strength and joy. So when I got bombarded with snakes I got a new spirit animal. Lucky me."

When asked if she was surprised that Swift was embracing the "villain narrative," she responded, "Straight people love to steal from drag queens. It happens all the time. But luckily I love to inspire young artists."

She added, "If people are laughing at you, you might as well be in on the joke. The truth is, people who have longevity are able to be aware of their public perception and take it and use it and make it work for them. So bravo to Taylor. I never stopped liking her and I still do. But if she thinks she's the Queen of Snakes, she is terribly mistaken." Iconic.

You can read the whole interview here.