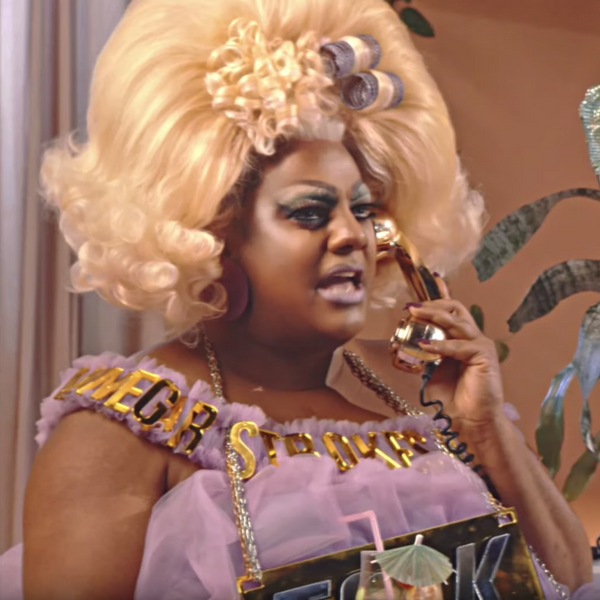 The First Trailer for 'Drag Race UK' Dropped, and It's Glam

After what seemed like an endless stream of RuPaul's Drag Race content, we've hit a significant drought period — but have no fear, the queens are almost back. RuPaul's Drag Race UK is coming October 3, 2019 to BBC iPlayer, and judging by the new trailer that's dropped in support of the premiere, its going to be one fab, funny, and frantic season of the newly christened franchise.

The brand new trailer features the entire cast of the new series in a sitcom-style living room, kiki-ing, serving, and throwing shade, of course. Then, with an announcement from Mama Ru, the living room changes in a blink of an eye into the UK's hottest nightclub, complete with death drops, a DJ, and drinks galore.

The new looks in the video are beyond anything the Drag Race franchise has seen before. One queen stares on at thee drama in a Jean-Charles de Castelbajac-inspired teddy bear garment, another wears a basket of fruit on her head, and another has a talking wig under a wig. We may not have an idea of what the queens' personalities are like just yet, since the 60-second trailer only features teasers of the looks and a skit, but if it's anything like Season 11 of the US version of Drag Race, it'll be glitzy, and thankfully, drama-filled. Your faves could never!

Watch the full trailer for RuPaul's Drag Race UK, below.