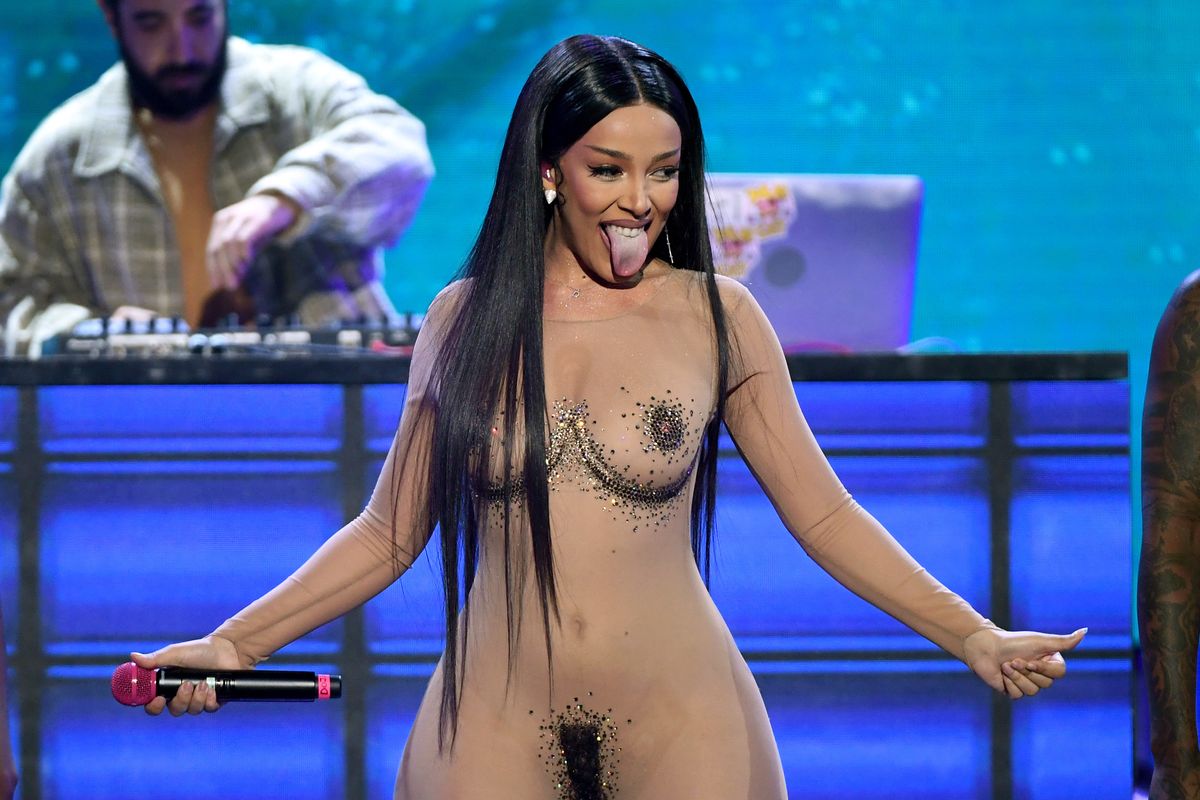 Doja Cat Has Entered the Chat

Lana Del Rey wrecked everyone's morning of concentration with a long Instagram post firing back at a decade of criticism that her music "glamorizes abuse," and taking perplexing shots at seven other women in pop.

Related | What the Hell is Lana Del Rey Talking About?

"Now that Doja Cat, Ariana, Camila, Cardi B, Kehlani and Nicki Minaj and Beyoncé have had number ones with songs about being sexy, wearing no clothes, fucking, cheating etc - can I please go back to singing about being embodied, feeling beautiful by being in love even if the relationship is not perfect, or dancing for money - or whatever I want - without being crucified or saying that I'm glamorizing abuse??????" she wrote.

The post has over 92,000 comments. Doja Cat was the first of the named pop girls to hop in the ring. "Gang sunk that dunker" she commented on the post, via PopCrave (the comment was quickly deleted). What does it mean to sunk a dunker you ask? No one knows. At first, Doja appeared to be siccing her fans on Lana, however commenters say it's a basketball reference that means "points were made." Is Doja here for Lana's critique of the music industry?

Doja changed her handle to "Gang" and repeated the phrase as a fill-in-the-blank on Twitter.

Fans don't seem to know what she means either, but they'll sunk any dunker Doja requests.

Even if it wasn't a warcry, her fans didn't need one. The Beyhive, Bardigang, Barbz, Arianators, Camilizers, and Kehlani's fans (god bless) were already armed. It remains to be seen: will the other girls jump in the chat?

The reaction people really wanted was Azealia Banks. She and Del Rey famously beefed over Lana's opinion on Kanye's MAGA hat selfie, prompting the "Summertime Sadness" singer to threaten: "I won't not fuck you the fuck up." The rapper began trending almost immediately this morning alongside Del Rey's post.