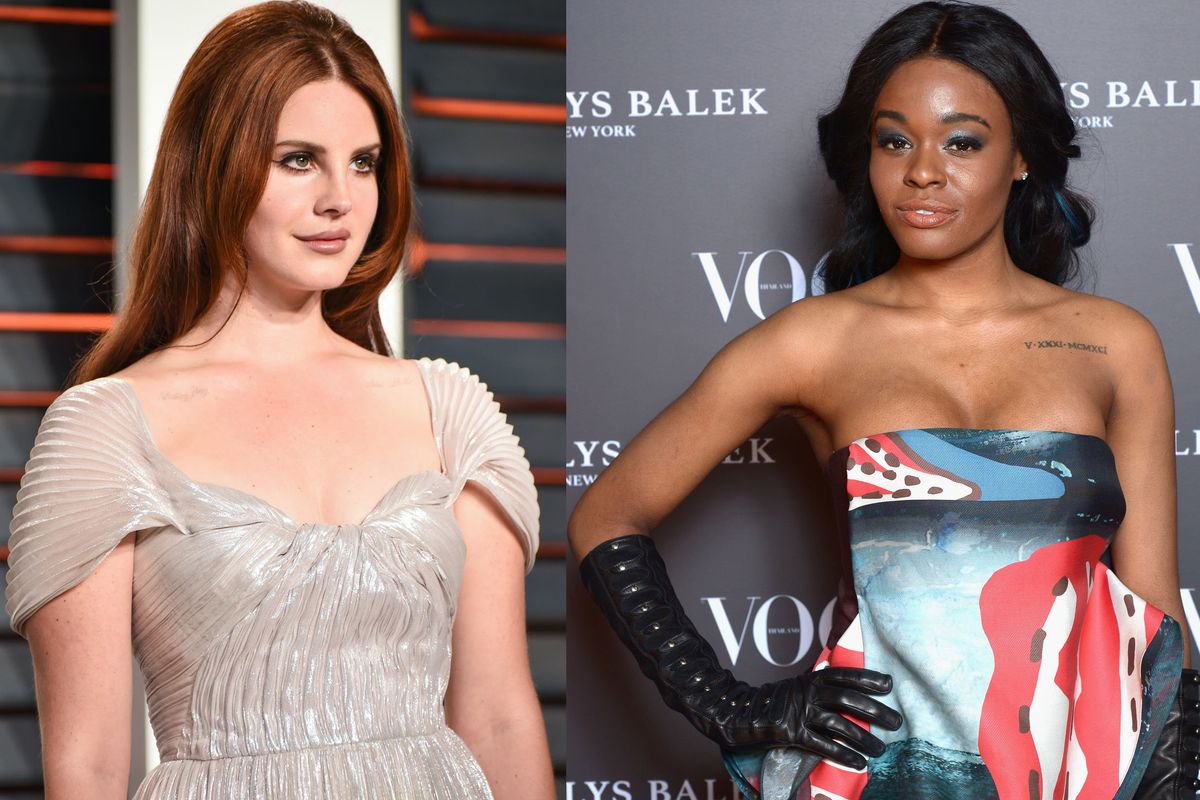 Lana Del Rey to Azealia Banks: It's on Sight

I'll save you the 'this is how crazy of a year 2018 is' musings and jump straight into the plot of this one. Lana Del Rey and Azealia Banks have escalated what began as a mild Twitter feud into a full-blown verbal brawl filled with actual physical threats. The girls are fighting, and here's why:

Last week Del Rey reacted to Kanye West's MAGA hat selfie on Instagram with a comment deriding him for supporting Trump, writing: "Trump becoming our president was a loss for our country but your support of him is a loss for the culture." Banks then criticized Del Rey, questioning her motives for quickly condemning a black celebrity rather than directing her energy towards problematic white people (and ASAP Rocky).

"To me this just looks like the typical White woman taking using a weakened target to 'pretend' to be an ally," Banks wrote. "Especially because you know that a white woman vs a black male will result in an immediate victory for the white woman due to societal circumstances."

"Kanye is not your enemy or THE enemy," she continued. "In fact your selective outrage makes YOU the enemy. You approve of ASAP rocky because his victims weren't white. You're exactly the kind of thought police Kanye is fighting against...."

Del Rey then responded on Tuesday with a challenge to square up:

Yes, this is real.

The two then continued their back and forth with Banks taking jabs at Del Rey's appearance and Del Rey responding by suggesting Banks' medication dosage is off. All in all, a net loss for everyone.

"First, we need her to call the surgeon who did her pointy Michael Jackson nose and ask for some kybella for those chicken patties!!" Banks wrote. "Next we need her to head over to Instagram and invest in some @FlatTummyCo lollipops and a $20 waist trainer!"

Del Rey responded, "I'll send you my surgeon's number and a good psychiatrist I know in LA – your psych meds aren't working #uneedanewcocktail."

"The same one that got you hooked on oxy? No thanks sis.... you're on your own with that," Banks fired back, adding: "And of COURSE the white woman makes fun of mental health. Showing her truest colors! How'd that trump spell work out for ya sis??"

The question on everyone's mind is: what would a Lana Del Rey and Azealia Banks fight even look like? If the two were put in the same room, would wands immediately be drawn and spells cast? Would all the magical and otherwise otherworldly creatures of the land and sea—and some chickens—need to be present for ritual? Here's to hoping they'll both stick to music for now.