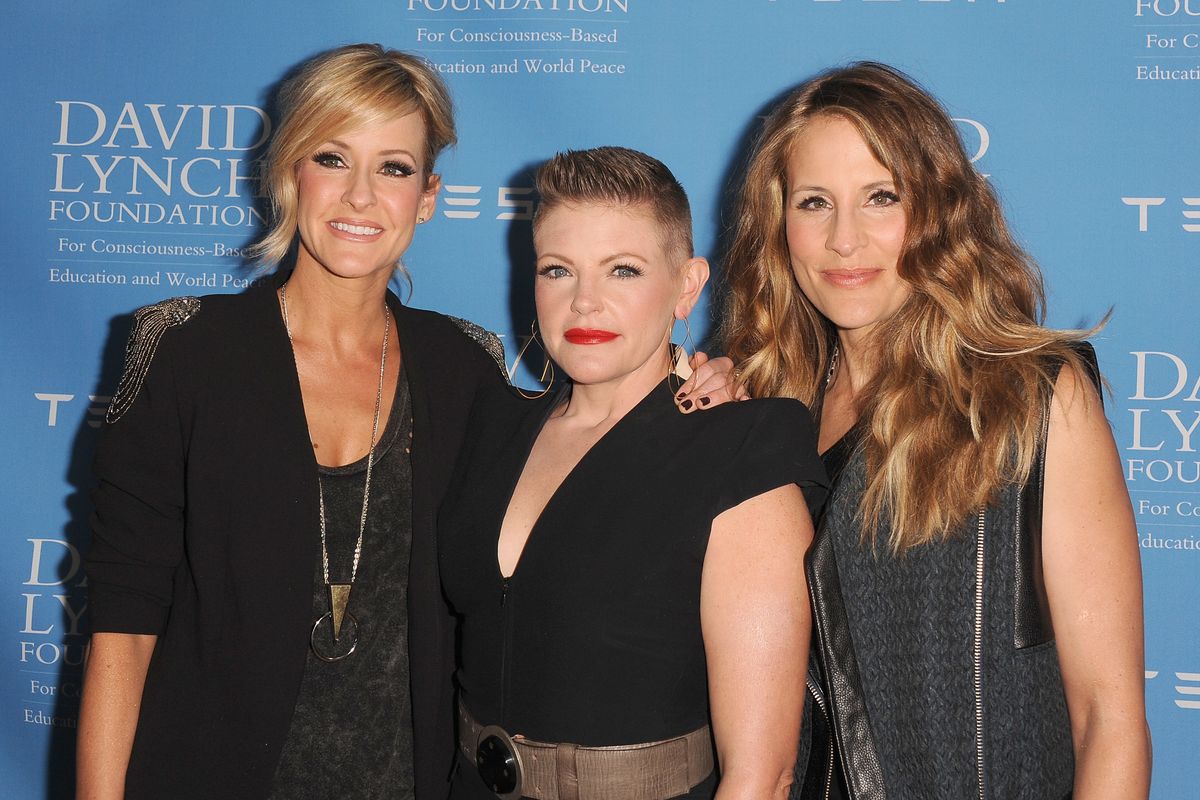 Will The Dixie Chicks Change Their Name?

The mass movement for racial justice that grew out of George Floyd's murder isn't about tearing down statues or changing names. Protesters are demanding for structural change at the deepest level and rejecting any suggestion they should aim lower. But hey, if we can use the current wellspring of white guilt to purge ugly symbols of racism too, cheers.

While statues of Robert E. Lee and Cristopher Columbus are being toppled around the country, both Lady Antebellum and the Dixie Chicks' names are being been questioned for their associations with slavery and the Confederacy.

Related | Find More Confederate Landmarks Near You to Dismantle

Lady Antebelleum, the Nashville trio notable for their Grammy-winning power ballad "Need You Now," has already officially changed their name so as to no longer refer to the pre-Civil War period in American history, notable for being the golden age of slavery (sometime called "the plantation era"). Or rather, they're shortening it to Lady A. (Some are questioning the effect of the bands' name change, given the A still appears to stand for "antebellum.") They explained in a statement that the band was initially named after the style of architecture.

"When we set out together almost 14 years ago, we named our band after the Southern 'Antebellum' style home where we took our first photos," the band said. "But we are regretful and embarrassed to say that we did not take into account the associations that weigh down this word referring to the period of history before the Civil War, which includes slavery."

Lady Antebellum has never been particularly vocal about politics (lead singer Hillary Scott said she'd pray for whoever won the presidential election in 2016), but they did make a generic post about racism in late May following the outbreak of the protests. On the post, several comments suggested, "Start by changing your name?"

The band may not have intended to celebrate white supremacy, but the genre of country music is so steeped in confederate iconography that it takes a modicum of consideration to avoid it. You can name your band after architecture and end up paying homage to the confederacy.

Given the Dixie Chicks are from Texas however, most people associate their name with the popular nickname for the Confederacy. "Dixie" can refer to the south in general, but it's technically a term for the 11 states south of the Mason-Dixon Line (the eventual demarcation line for legal slavery) that made up the Confederate States of America. "Dixie" is the unofficial national anthem of the Confederacy.

In light of Lady A's announcement, some fans are asking the Dixie Chicks to reconsider their name.

Lady Antebellum is changing their name to Lady A. Are the Dixie Chicks going to do the same? #LadyAntebellum #dixiechicks #musicindustry
— Todd Elsen (@Todd Elsen)1591916176.0

Some are arguing the band's name doesn't matter given its neutral backstory, and "Dixie"s more generic definition. Others simply don't think symbolism should be prioritized over actual politics. The Dixie Chicks spoke out about the Iraq War and criticized George Bush, which got them blacklisted from country radio in their early career, while plenty of bands with non-offensive names tout heinous politics with no consequence. The Dixie Chicks have also contributed to making country music more welcoming to Black artists. They shared the stage with Beyoncé for a now-legendary mash-up performance of Beyoncé's Daddy Lessons" and their own "Long Time Gone." Conservative Twitter users are calling "snowflake" on the whole conversation.

@jackamo52 @ladyantebellum Nah. The Dixie Chicks are cool. They literally damaged their careers to do the right thing.
— Clif 🇺🇸🇬🇧 (@Clif 🇺🇸🇬🇧)1591891284.0

To some however, the Dixie Chicks name undermines the band's efforts to be allies. Natalie Maines' Twitter bio is currently "Black Lives Matter" and the whole band participated in "Blackout Tuesday."

@dixiechicks your turn! You stood up for what was morally right before, please do so again and change your name.… https://t.co/T6L7t7HfMe
— Military Family (@Military Family)1591905738.0

The Dixie Chicks haven't commented on the situation yet, but they did announce today that July 17 is the new release date for their first album in fourteen years, Gaslighter.