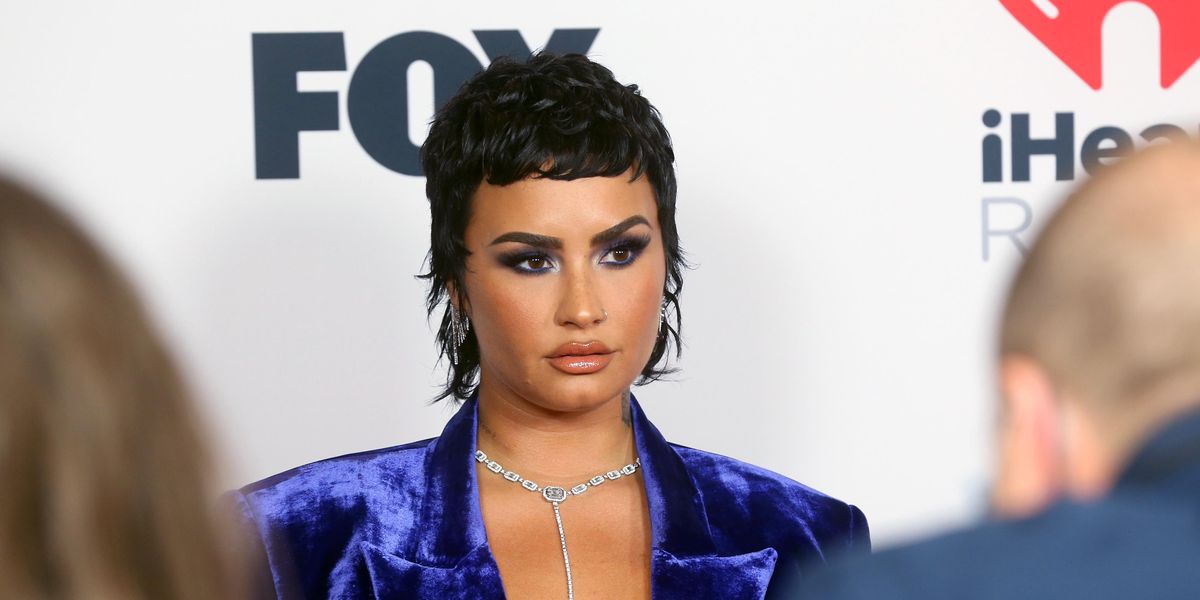 Demi Lovato is once again addressing the frozen yogurt debacle.

Back in April, the star took to their Instagram Story to criticize a small LA fro-yo shop called The Bigg Chill. At the time, Lovato — who's been open about their struggles with an eating disorder — took aim at the family-owned business for selling sugar-free flavors from a brand called Eat Me Guilt Free, which they found "extremely hard" to "walk past," as they believed the offerings sent a "harmful message" promoting diet culture.

Eventually, Lovato also went on to post their DM exchange with The Bigg Chill, in which the store explained that the sugar-free items were meant for diabetics, people with Celiac disease and vegans. However, the singer can still be seen arguing that the store should have labeled the products better since "it's really hard to distinguish diet culture vs health needs" in LA.

That said, commenters pointed out that a celebrity with a large following shouldn't be calling out a small business amidst the struggles many restaurants have faced during the pandemic, eventually resulting in Lovato posting an initial Instagram video apology.

On Thursday though, Lovato reflected on the incident again during an episode of Audacy Check In, saying that they "realized that because I was so passionate [about calling out diet culture]...I let my emotions get the best of me."

Explaining that every time they've made an online statement, they also said that their message got "lost in translation a little bit." As such, Lovato said that they wanted to move forward by having "conversations where people can see my face, they can hear my voice and they can see that I'm still learning" on their 4D podcast so that people understand their intent better.

"I'm by no means an expert on many, many things," they said. "But, I'm willing to learn about it and I'm willing to continue to have conversations that either educate me or others on how to make the world a better place."

Watch Lovato talk about the incident, below.