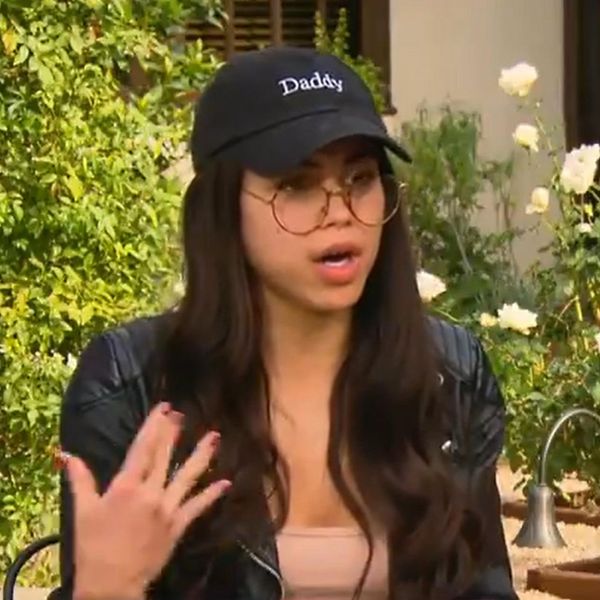 When attempting to clear your name in the court of public opinion, it's probably best to avoid any big statement. Keep things simple. Subdued. Respectful. Let your apology be the main focus. That is, if you apologize at all — or have an ounce of remorse.

For Miya Ponsetto, famously known online as "Soho Karen'' after attacking a Black teenager in NYC, her approach has disregarded any framework for potential success — not that she has much of anything working in her favor, anyway. Full accountability would've been the easy first step. She skipped that one.

During an interview this week with Gayle King, the 22-year-old wore a "Daddy" baseball cap — something King says Ponsetto's lawyer suggested she remove before appearing on camera. Ponsetto apparently refused, then proceeded to downplay her racist actions and, in the end, insult King ("Alright Gayle, enough") much to her lawyer's dismay ("Stop, stop").

Related | What Do You Wear When You've Been Publicly Shamed?

In a now viral video, Ponsetto is shown harassing and tackling 14-year-old Keyon Harrold Jr., the son of Grammy-winning jazz trumpeter Keyon Harrold. She accused him of stealing her phone in the lobby of Manhattan's Arlo Hotel, though the hotel reportedly had it all along.

Speaking with King, Ponsetto said she considers herself to be "super sweet," but dismissed any claims that she had attacked Harrold Jr. "Attacking him how?" she asked. "Yelling at him, okay, I apologize. Can we move on? Basically I'm a 22-year-old girl. I am, I don't — racism — how is one girl accusing a guy about a phone a crime?"

Related | This Grammy Winner's Son Was Wrongfully Accused of Stealing

The "Daddy" cap, an accessory embroidered with slang for a sexy older man, is a symbol of Ponsetto's complete ambivalence towards the situation — and how her actions as a white woman have impacted Harrold Jr. (She also wore a cropped bralette, but it's 6 PM on a Friday and I'm choosing peace). Urban Outfitters has since removed the style previously reserved for ironic state school kids, but it's also available on some site called Barstool, which checks out.

After everything this week, it’s the Daddy Hat that finally broke me https://t.co/csxHUkoMMX
— Spencer Dukoff (@Spencer Dukoff)1610131675.0

LAWYER: We got you an interview with Gayle King. It's the perfect chance to show potential jurors a different side… https://t.co/brDlCq5RCO
— Duke Mtambo (@Duke Mtambo)1610136641.0

Photo via CBS This Morning