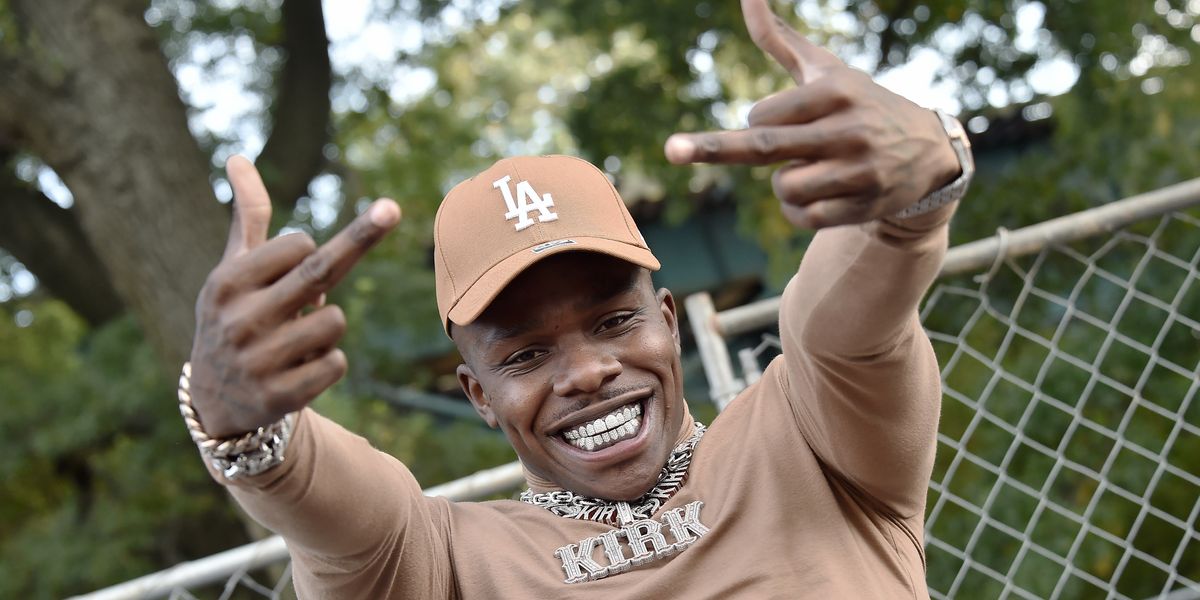 Before he started blowing up, DaBaby said he wanted to become the LeBron James of the rap game. It's been about two years since he made that statement, and like that kid from Akron (who has since become a fan), he definitely seems destined for greatness.

But as 2019 comes to a close, DaBaby's name (technically Jonathan Lyndale Kirk) has been missing from a few end-of-the-year lists, as well as the Grammy Best New Artist nominations. Publications and award shows aren't everything, but the omissions seem crazy given the year he's had. The 28-year-old Charlotte, North Carolina native has found a way to play the game and win. He's managed to keep people's attention since storming around SXSW 2017 shirtless in a diaper.

Viral stunts aside, musically DaBaby has capitalized on post-Soundcloud trends to rise above the sea of other self-promoters. Like all of this year's most successful artists, he made a point of releasing a bunch of short, instantly replayable songs. All three of his most recent projects, Blank Blank, Baby on Baby, and his debut album KIRK have a total run time of one hour and 30 minutes, the same length as Drake's Scorpion. When you look at songs like "Suge", the recipe is simple enough: super catchy chorus, a verse, repeated chorus, another verse, and then the optional chorus to close the song out. Despite his run-on flow, he's not pushing too much content down people's throats. He understands the optimum window of listening time, and that easy idea alone has earned him the honor of having the most number one hits this year — notably over chart-toppers like Post Malone, Drake, Ariana Grande, and Taylor Swift.

But let's keep it real for a second — if DaBaby did opt to drop a two-hour long album, his personality would likely have people tuned in anyway.

DaBaby is a force whenever he enters the room, and it's not solely because of his deep whisper. Whether he's buying girl scout cookies on the street, running through the crowd to rap his songs word-for-word with a fan, or even Facetiming into a show, DaBaby is hard to dislike. He's subverting the aloof, introverted street rapper stereotype, and fans are obsessed with him because of it. He takes pride in being an entertainer above all else.

This tendency comes through especially in his music videos. Growing up in the 106 & Park era, DaBaby fell in love with music visuals before he became a rapper. Directed by the collective Reel Goats, DaBaby's clips are like character-driven sitcoms that allow him to bring his imagination to life. Suge Knight is a carpenter, a Texas ranger, and even the guy he allegedly knocked out at the mall. Upon the release of "BOP," the vibrant hip-hop musical that brought back ABDC's Jabbawockeez, he showed the world his appreciation for dance.

When considering the accelerated rise of DaBaby and his co-rookie of the year Megan Thee Stallion, both surefire XXL Freshman Class selections, there's a looming question of whether or not their burgeoning careers will last. We've seen the answer unfold right in front of our eyes throughout 2019. DaBaby has too much working in his favor to fail, including a dedicated group of stans ("DaBaby Mamas") who likely moonlight as Megan's "Hotties" too.

There's skepticism that all of DaBaby's songs sound the same, but also evidence to the contrary. On "INTRO", the lead single to KIRK, he steps outside of his normal rap pocket, recalling how he lost his father at the same time he found out his album was number one in the country, and describing how his mother is triumphantly battling cancer. He kept that same energy on "GOSPEL," featuring YK Osiris, Gucci Mane and Chance the Rapper. Through his change of beat selections, and the ability to link up with rap's biggest faces, he's now dabbling in other genres as well. On "My Oh My," Camilla Cabello enlists DaBaby to describe his transition from baby to daddy, thereby introducing him to the pop world.

DaBaby's contagious vigor has caught on in the world of sports as well. His "BOP" dance has become an NFL touchdown celebration and sideline favorite for Russell Westbrook. His music is in the daily rotation for GOATs like Tom Brady and LeBron James. And he's set to perform during Super Bowl week in Miami alongside Cardi B and Migos. Everywhere you look, you see DaBaby. That probably won't change anytime soon.

In an interview earlier this fall with Power 106, Nick Cannon asked DaBaby to describe himself with one word. The young rapper's answer was "legendary," and even this early you can't really knock it. Maybe catch him on those lists this time next year.