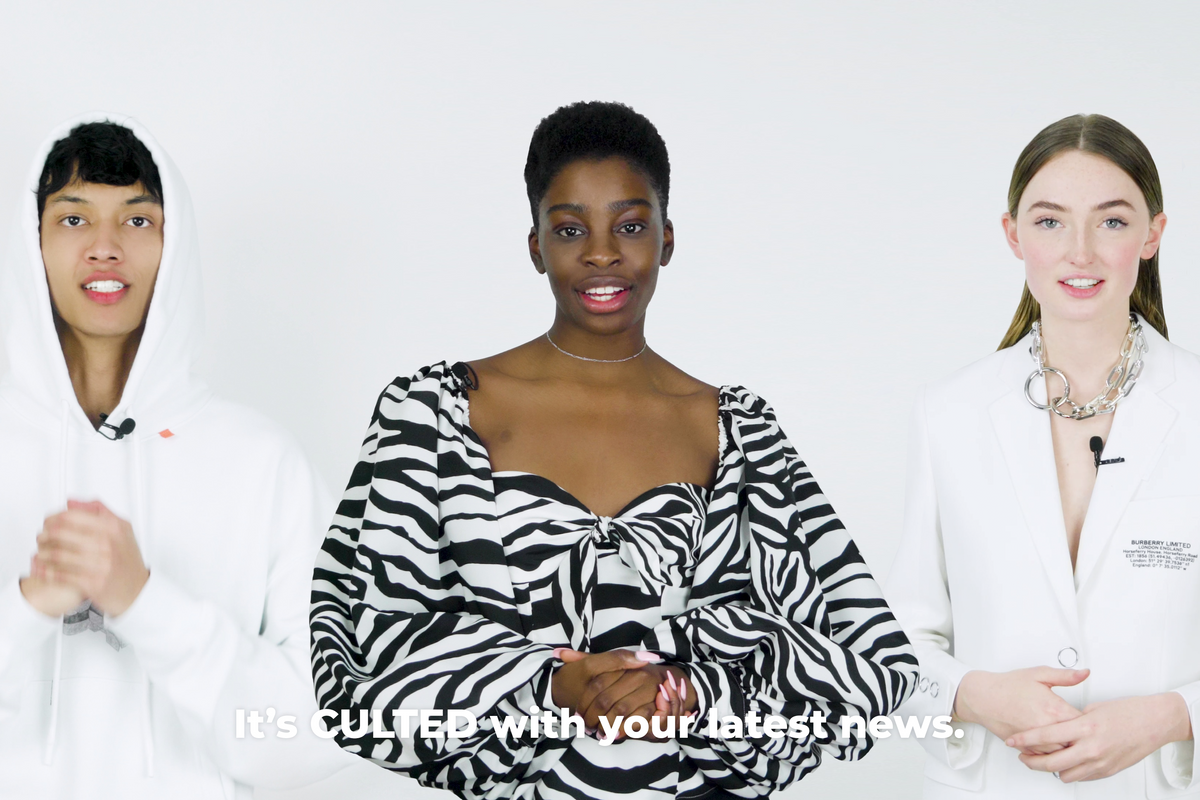 Finally, a Fashion Video Channel for Our Short Attention Spans

For decades, the availability of TV networks dedicated exclusively to fashion has been limited to '90s and early '00s series like FashionTelevision and Fashion File, a Canadian program famously hosted by journalist Tim Blanks. For many fashion lovers, these shows provided both a visual escape and a behind-the-scenes glimpse into how the industry operates, a novel concept at the time.

The long-running series FashionTV was another big hit, though as Pavel Dler points out, it wasn't really a news channel but rather reporters going backstage at shows. The 26-year-old, London-based entrepreneur recalls watching the program on TV growing up, which would unknowingly plant the seeds for a different kind of fashion news platform he would ultimately go on to launch.

His latest venture is Culted, a fashion and arts video news channel launched last year that lives primarily on Instagram and on its website. The company produces, films and distributes 60-second clips two to three times a day, delving into industry news and topics in a speedy, bite-size format hosted by a mix of contributors from around the world. (It currently reaches about 150,000 users per day according to the brand.)

Designer Harris Reed on the set of Culted.

Though there's been an influx of users specializing in educational fashion videos on platforms like TikTok and YouTube, Culted's approach is combining traditional journalistic elements with a visual media bent. "I started Culted as a news channel because I felt there was a lack of reporting in the industry visually, and especially on social media," Dler tells PAPER.

Stories run the gamut from an exploration of why Marine Serre's signature crescent moon print can't be trademarked to the rise of virtual reality fashion shows. While those with short attention spans can easily digest their 60-second news blasts, there are also extended videos (maximum eight minutes) that tackle topics from a more in-depth angle.

PAPER caught up with Pavel Dler, Culted's Founder and CEO, over Zoom to discuss his company's breakthrough, how they had to adapt to COVID-19 and what's next for the young fashion startup.

Did you have a background in fashion before founding Culted?

So, I studied fashion design with marketing at Central Saint Martins, and since then, I've consulted small and emerging brands with digital strategy and setting them up with influencers. And I've continued that up until Culted needed my full attention. It's been a bit intense, the last year. And I had no life, I don't work with any other brands but Culted. So fashion marketing was my background, and I helped brands produce content, and helped them with their influencer marketing and so on. So that's how Culted actually came about as well.

How did Culted evolve from a passion project to a fully fledged business?

As I was doing so much research and production for clients, I noticed this gap in the industry. While I love traditional media and reading articles, I thought, Why is there no news channel? Why is no one combining creative content with insight and reporting, really? So, that's when I thought there needs to be a news channel for the fashion industry, and started working on it. There's five of us — there's someone doing social media, someone doing all the researching and writing, the producer, we have a video editor. It took around a year to set that up.

What were some of the challenges in getting Culted off the ground?

There were quite a few industry people that I reached out to starting out, and people from the British Fashion Council, that said, Oh, a news channel for the industry? That's not really going to work. Brands rely on traditional media and they believe in traditional media. Basically thinking that we just come across childish, or not going to be taken serious. And now seeing someone like Sarah Mower and Christopher Kane follow Culted, and like our things, means a lot. It's become something that's quite serious and feels like a legit news channel.

How does Culted fit in the landscape of traditional fashion media?

I started Culted as a news channel because I felt there was a lack of reporting in the industry visually, and especially on social media. Of course, there's traditional media, there's text, digital text is great... But as far as video goes, there is no video channel. So I started Culted as a video network, wanting to do news and reporting, entertainment and so on. But news was the best way to start, of course, working with, all sorts of journalists in London, and bringing credentials on board. We right away started with 60-second videos, which digest industry news and insights and convert them into these short-form clips.

How have the lockdowns this year affected your work output?

We usually have our presenters that present so that you can see them, they're dressed by industry brands, and they read a script. And then the video is edited and published within two hours, so we have a super speedy team. We write the script and so on, and produce it, and publish it, all under three hours, usually. So, at the moment it's been a bit slowed down, but usually we're much faster.

What's Culted's point of view on how it covers fashion?

Besides reporting on the leading industry brands such as Burberry, Louis Vuitton and so on, we use our platform to spotlight smaller designers that don't get as much press, usually. Some of the designers we've worked with and featured have been Robert Wun, Charles Jeffrey, Rich Mnisi and KHIRY, which is a jewelry brand by Jameel Mohammed in New York. So we try to balance the breaking news of the big industry players together with the emerging ones.aa

How will you incorporate live fashion reporting once travel restrictions loosen up?

We went to the Bosideng show in February — it's a huge Chinese brand — where they joined London Fashion Week for the first time. And we immediately reported on the show there and then. The video was edited and published within two hours. We are bringing the whole fashion TV aspect to the modern day, doing it at the speed of social media. We were exploring that but then coronavirus happened. We basically want to do what BBC would do, but for fashion and arts.

What opportunities for growth do you see for Culted?

At the moment we're working on our entertainment division, which will hopefully launch in 2021. There's so many amazing creatives like video directors and photographers that we would love to collaborate with to create entertainment shows with for fashion. At the same time, we're having a relaunch for Culted News for when we get back to the office, where we'll bring on a whole new cast of diverse [presenters]. We're trying not to limit ourselves by the traditional ways of how fashion works — before we took some of our talent from modeling agencies but now we've actually gone out ourselves, looking for talent who deserve to be poached, some of them aren't even in fashion.