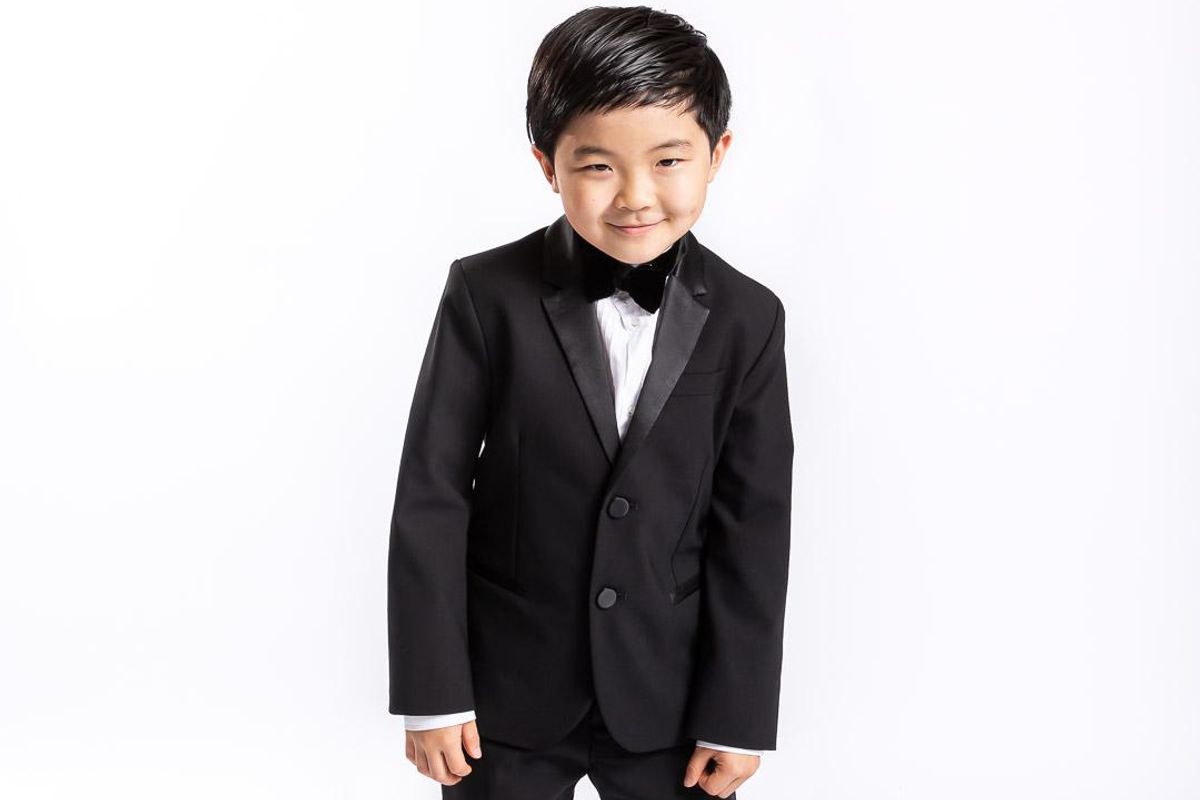 The Critics' Choice Awards — or, the awards show where Zendaya wore the fuschia chromed Tom Ford breastplate, as I like to call them — are back back back again. The bang in the bing-bang-bong of the Golden Globes, Critics' Choice and Grammy Awards, this middle course goes down the easiest. It lacks the scrutiny of the ceremonies that sandwich it, what with less bombast in the lead-up, no pre-show red carpet and a considerably small viewership (it's relegated to the CW).

Related | Cynthia Erivo's Dress Made the Golden Globes Worth Watching

So where did we net out on the fashion side? Let's start with our best dressed star of the night: eight-year-old Minari breakout star Alan Kim, who served it up in an Emporio Armani tuxedo. He looked both adorable and dapper and delivered a speech that was both sweet and grateful when he took home the Best Young Actor award. "First of all, I'd like to thank the critics who voted and my family... oh my goodness, I'm crying," he said, as tears began to well up in his eyes. "I hope I will be in other movies. Is this a dream? I hope it's not a dream."

You know that meme of Kim Kardashian holding up her iPhone with tears forming in her eyes? That was so many of us, proud to see Kim and the Minari cast/creatives getting their well-earned moment in the spotlight. Kim Zoom'd me post show, tuxedo still on, where he described himself as still hyped up from his win. "Dressing up? I guess it was good but… this is not how I look in reality," he says waving his finger with a big grin.

"I've done lots of these by now," he says in reference to press around the film, displaying a breezy, early-adopted professionalism I have yet to grasp. He says he supposes he wants to continue acting, as stated in his speech. But for now? "[I want to] play with my Nerf gun that I just bought yesterday." A grounded king.

His advice for other young actors? "Don't rush. Because if you rush you... the words won't come out right and don't overreact. You need to act, but don't overreact." Legitimately good advice, eight or 80.

Other best dressed goes to Julia Garner wearing a rainbow-striped viscose dress courtesy of Christopher John Rogers Spring 2021. And turning it out once more was Dan Levy, with another slam dunk in Kim Jones's Dior. "I love the beautifully embroidered details that fine tune the look," says stylist Erica Cloud, who notes that awards season has been "interesting" considering she's in the US and Levy is in Canada. "We wanted to do something completely different from the Valentino Couture at the Globes and Dior was kind enough to get us our top choice straight from Paris."

This was a trickier show to cover from the red carpet perspective, due to the lack of visibility of the looks themselves. I mentioned this same issue with my Golden Globes round-up, but in that instance there was both an in-person event (meaning some stars actually were photographed on the red carpet) and a pre-show, and thus time and attention was dedicated to the fashions. This show relied almost entirely on celebrity and stylists' Instagram accounts. In some cases, like Garner and King, we got stunning photos. But in the case of Zendaya, who picked up the 2021 SeeHer award, we got no full body shots of her sequin detailed silk Valentino PF21 gown and only low resolution video footage of the second Valentino look, an orange skirt and a white vest top from Valentino's Spring 2021 Couture collection.

With a month and a half in the lead-up to April 25th's 93rd Academy Awards, many are wondering if the delayed schedule and rapidly increasingly vaccination distribution could lead to the first fully in-person awards show since the 92nd Academy Awards, which were held last year on February 9, just weeks before the world went into lockdown.

But for now, all eyes on next week's 63rd Grammy Awards. See you then.

Welcome to "Wear Me Out," a column by pop culture fiend Evan Ross Katz that takes a look at the week in celebrity dressing. From awards shows and movie premieres to grocery store runs, he'll keep you up to date on what your favorite celebs have recently worn to the biggest and most inconsequential events.