When fashion designers Jin Kay, Dylan Cao, and Huy Luong met two years ago, they were all getting different commissions for work at various brands. After winning the prestigious Kering Prize at Parsons, Kay had put in time at Gucci in Rome and Narciso Rodriguez in New York; Cao was an alumnus of 3.1 Phillip Lim and the denim label R13. When the three found that they shared a visual language, they decided to commission their own work. "It was time to commission something for ourselves," said Luong. "For our culture."

And so they created the label Commission, a brand that feels flawless in nearly every respect except for the fact that it's nearly un-Googleable (Luong described the name as a "cheeky" nod to freelance work in fashion). Commission, which currently sells exclusively on Net-A-Porter, traffics in sharp, unfussy clothing born of the specific sort of late '80s and '90s nostalgia that feels so very 2019: leather trousers and Neo coats, zebra print turtlenecks, a cobalt skirt suit. They're the sort of clothes that, depending on the styling, you could see on either Miranda Hobbes or Adriana La Cerva.

Gallery workers should take note. When I showed the brand to art-world friends who spend their days searching for the perfect leather blazer in Upper East Side consignment shops, there were audible gasps of joy. 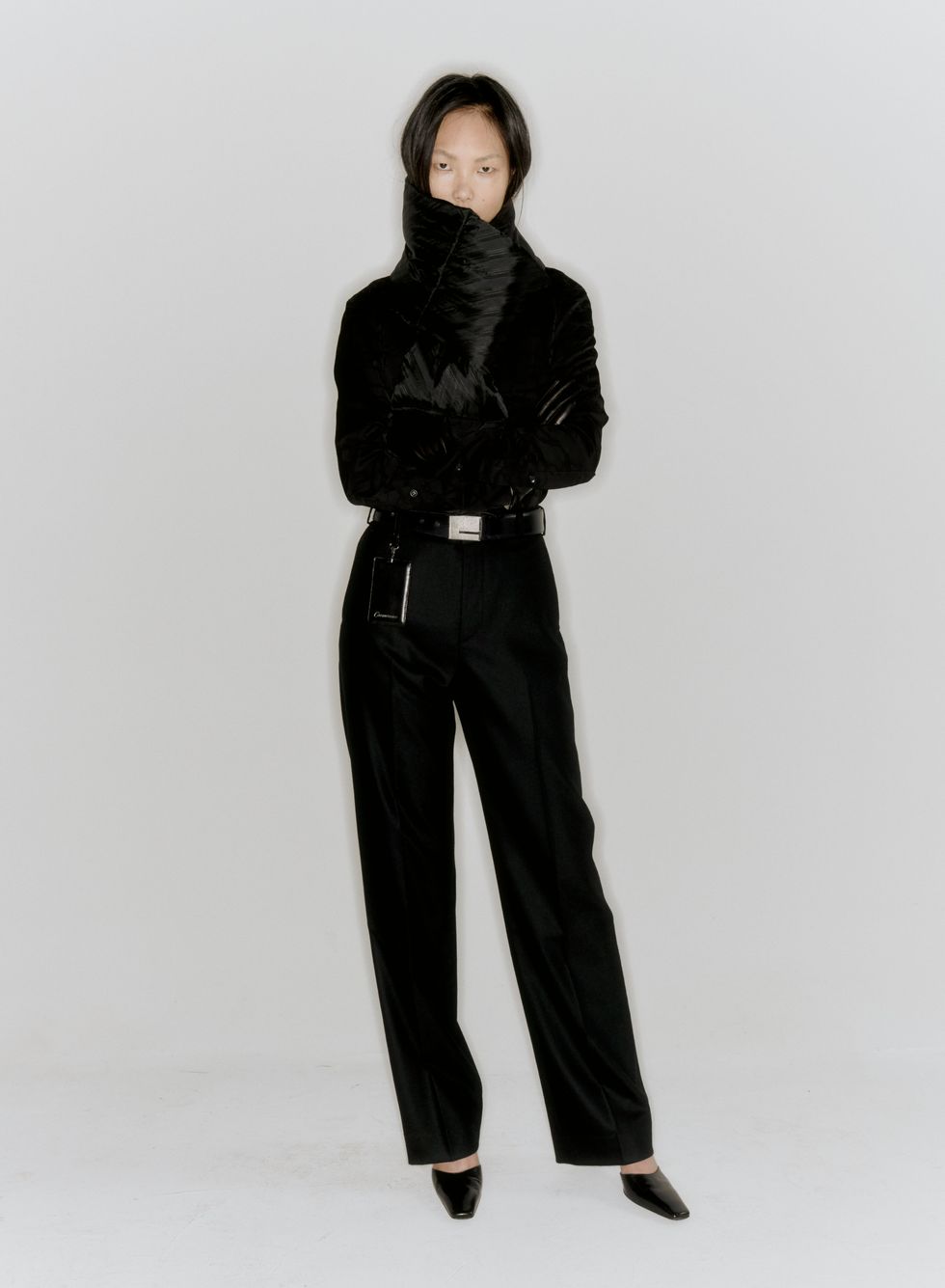 Kay, Cao, and Luong work from a highly personal point of inspiration: their mothers. Kay grew up in Korea, while Cao and Luong hail from Vietnam. "We're first-generation immigrants to the US," said Cao. "So around the time that we started there was this conversation we wanted to have, about Asian, especially East Asian, culture and representation in the visual world, and especially in the fashion industry. And for a long time we found it really limiting, and really literal."

When looking at family photos, all three designers realized that their mothers styled themselves in a similar manner to go to work in the late '80s and early '90s, dressing with the same "visual code," as Cao put it.

"The '80s and '90s, that's sort of a period when not a lot of people talk about Asia, because there's less to romanticize [than ancient artworks and clothing ]" he continued. "By then there were a lot of Western influences in the way people dressed in Asia. Growing up we'd see our parents go to work and tweak the Western-style codes in their own way. And just looking at our moms and the way they dressed — the big suits, the shoulder pads, the pants — but adding their own personal flares to the way they styled the clothes, that's what kind of connected us."

"The '80s and '90s, that's sort of a period when not a lot of people talk about Asia, because there's less to romanticize."

He concluded, "Not a lot of brands have spoken about that period of time. It's really personal to us, so I think that was a good, pivotal point to start a brand from."

Details on Commission garments speak to that specific inspiration. Skirts and dresses are ruched at the sides to evoke a commute via motorbike in Vietnam; pencil skirts evoke the outfits Kay's mother, a physician, would wear under a lab coat.

Commission on Instagram: “Sài Gòn, a summer in 1990 #johnbanagan”

"For spring we wanted to focus more on a silhouette that was our moms' going to work — hiked up skirts and dresses for riding motorcycles," said Kay. "For the fall collection, it's more about after work. The silhouettes became a little more feminine, and the fabrication became more fluid. Silhouettes are elongated, and jackets are more shrunken."

Cao added, "The overall mood is sort of darker [for fall]. We're thinking about the mom after hours. She picked up her kids, put them to bed, and now she's having her own time and going out. It's very much still that office, corporate-looking mom, but done in a more humorous and spicy way."

Commission, at first blush, looks clean, crisp, and flattering (their signature shirt is even constructed with elastic detail on the back, to give the wearer a cinched waist). But as Kay put it, the designers are "injecting humor and modern details" in vintage-inspired clothing.

"The sense of nostalgia in our collection is a really common thing that a lot of cultures share," said Cao. "A lot of people we meet who grew up in places like India or Eastern Europe see it and get it in their own way." As the saying goes, the most personal is also the most universal.