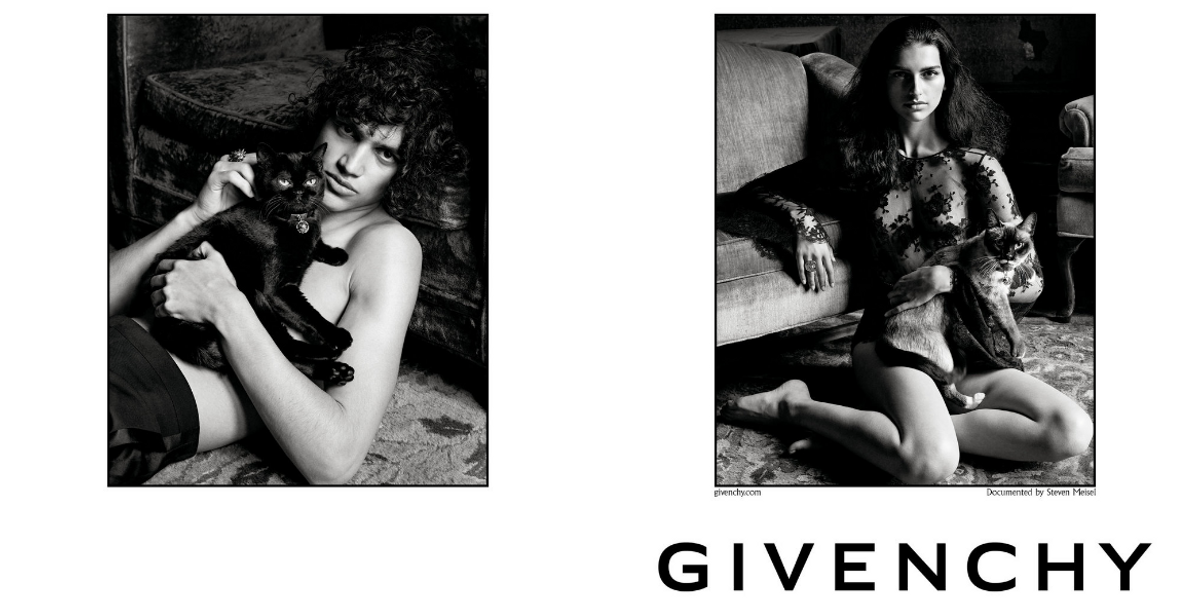 Taking that into consideration, alongside the fact that, at Chloé, Keller had established a womenswear aesthetic that was all about softness and delicateness—whites, tans, clothes fit for Orange County socialites—many assumed that her vision for Givenchy would stand in direct contrast to the brand's previous. After all, for the past 12 years, Riccardo Tisci had embraced a dark, vampy look that was a favorite amongst the Kardashian set.

Today, however, with the "first look" release of the brand's new direction, Keller seems to be silencing those rumors. What the designer has in store for Givenchy is not Chloé at all—even if she did spend the past six years perfecting that style—and the transition from Tisci to her may be much more seamless than expected.

Titled "Transformation Seduction," and shot by Steven Meisel, the single image campaign comes packaged in the familiar diptych two-picture-composite design. In the left image, Elias Bouremah lays against a luxe couch, shirtless, cradled up with a black cat with piercing eyes. He wears a pair of tuxedo pants. The right image stars Saffron Vadher, sitting up against a different couch, cradling a different cat. She wears a see-through embroidered lace blouse and a large statement ring. The photos are shot in black and white, and the only featured clothes are black and revealing. Sexy in an unmistakenly Givenchy way.

Update: The brand has released more images from the campaign on its Instagram.