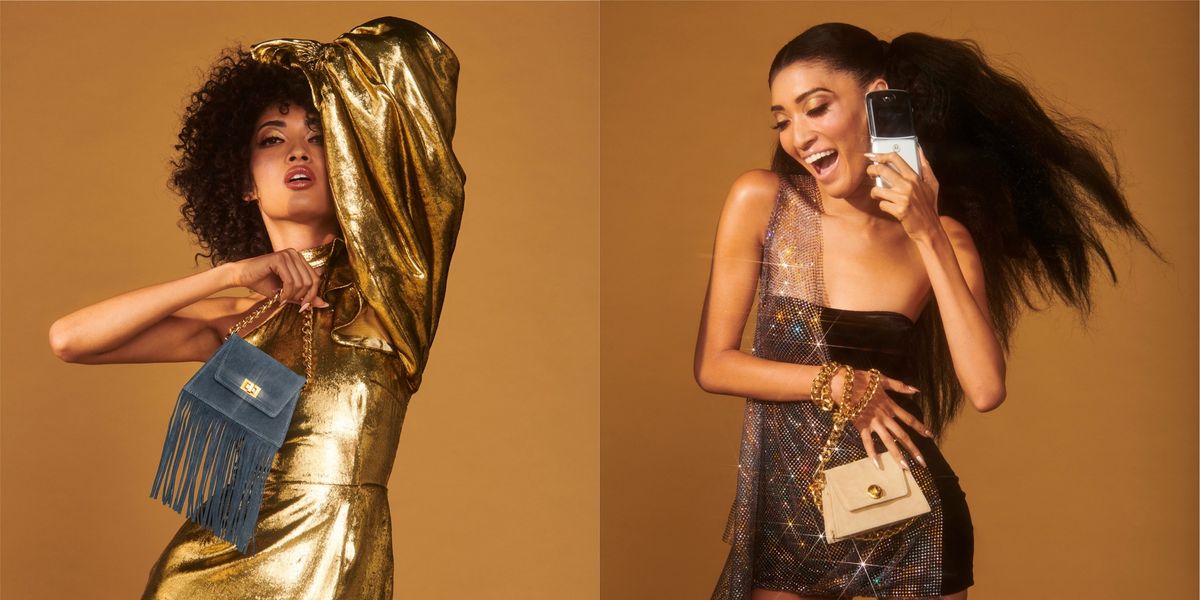 The last time Christian Cowan threw an event was in early March for his Powerpuff Girls collection in LA, which happened to fall the week before New York and California enacted statewide lockdowns as COVID-19 started to wreak havoc. Since then, the designer has been at home in London, his only travels being trips to Spain to see his family.

It's a stark contrast for anyone accustomed to the jet-set lifestyle embodied by celebrity-adjacent figures like Cowan, whose glamorous party dresses and bold statement pieces have been embraced by everyone from Paris Hilton to Kim Petras. The change in circumstances, however, haven't diminished his flair for all things glitzy and pop culture.

A collaboration this summer with eyewear brand Le Specs gave the internet an image of Lisa Rinna in all her nude glory, while his Spring 2021 collection video featured a motley crew of characters like Marc Jacobs, Lil Nas X, Ava Max and Amanda Lepore — all of which was organized remotely from video calls and text due to travel restrictions.

SO excited, you’ve been asking for bags, and we heard you! We partnered with @motorolaus #razr to create a collection of micro purses inspired by the re-invented iconic flip phone and it’s compact design. Head to the link in bio to purchase. #ad

"There were so many people involved," Cowan tells PAPER via phone call. "I mean, what I liked about it was the spontaneity of it. I would text Marc Jacobs being like, 'Would you be in the campaign for me?' And he'd call me being like, 'Honey, I'm there. Where do I go?' I just liked that it was so organic, the whole thing, and really fun. Heidi Klum was hilarious. It was just a unique experience. I was doing it from afar."

Today marks another first for Cowan as he's set to reveal his debut line of handbags, a category he has yet to fully explore until now. (His previous accessories ventures include a collaboration with Giuseppe Zanotti for shoes and eyewear with Le Specs as previously mentioned.) The micro purses are a partnership with Motorola Razr and are comprised of three different styles designed to the essentials like a phone, mask and keys.

"I've never done a handbag before," Cowan says. "I was obsessed with my razr when I was a teenager so it's like a full-circle moment for me. And also because I used to be obsessed with Paris Hilton, and it's like, now I work with her, so it's all coming into this realization for the modern day. I also use all my favorite models in the campaign, it's just really fun."

The trio of suede bags combine Cowan's signature party-glam aesthetic for his ready-to-wear line (fringe detailing, chunky crossbody chains, metallic hardware finishes) with a functional approach. I ask him if exploring new product categories by way of collaborations is a strategic effort on his part to experiment in new areas before adopting them for his own brand.

"Totally. I always say to students, whenever I'm doing a talk or something, that it's a really great way to safely expand your brand, because if you're doing partnerships you're dipping your toes into the water of that whole new product category," he says. "And it's a really cool opportunity. I know what my customers want, and to find that and provide it. It's definitely something that we plan to expand on within the core collections in the coming future, as well."

Looking ahead, Cowan is excited to grow the brand after using the time in isolation to reflect on how he wants to do business. "This lockdown has given me a lot of time to really focus on the business side of the brand, which I feel like designers don't speak on that much," he says. "But if you're an independent brand, it's a huge part of it, and so it's just really exciting to see the wheels in motion to make this brand level up."