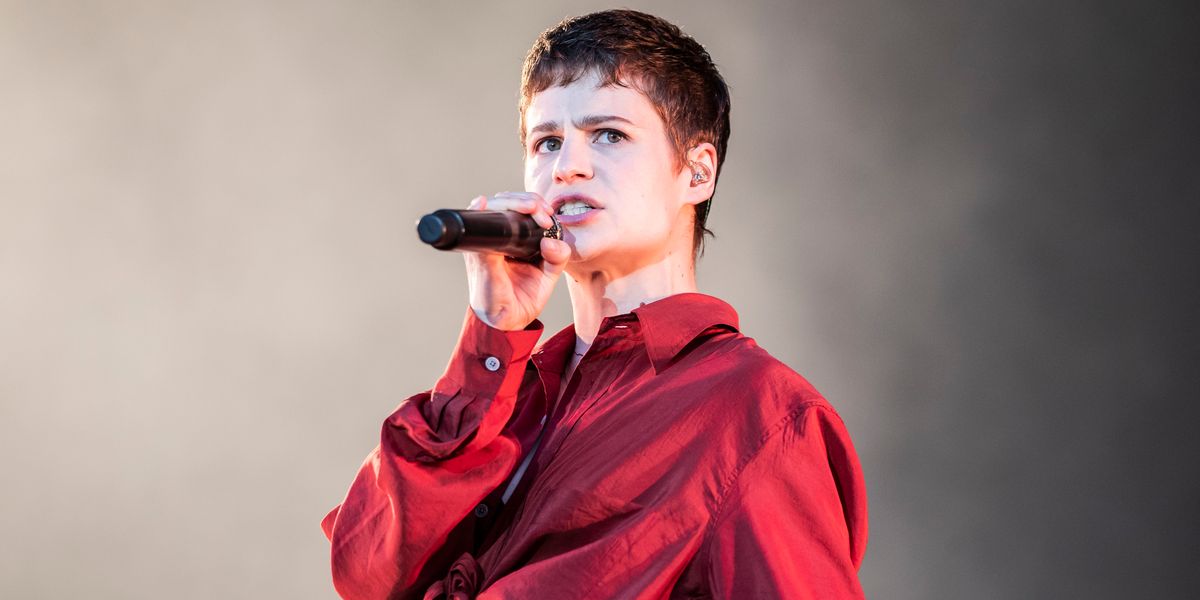 Christine and the Queens shared her thoughts on the LGBTQ community becoming a hot commodity in a new Cosmopolitan UK interview. It's become more noticeable than ever before: suddenly, being queer is cool, and therefore many have been guilty of co-opting the community's aesthetics — and plights — for cultural clout and sweeping commercial success.

When asked about that specific phenomenon, namely Taylor Swift's "You Need to Calm Down" music video that featured multiple mainstream LGBTQ+ figures, Chris says she feels "conflicted." On one hand, "...somewhere, young gay men might watch that Taylor Swift video and feel a sense of relief," but on the other hand, she says, "...you can tell that being queer has been glossed out as this super-fancy accessory. You can tell that the queer aesthetic is being used to sell things. The mainstream needs that life because it's so vibrant."

Chris came out in 2014 as pansexual, during a time when people were more easily scandalized. She said that time period was "like a detonation."

Chris is not alone in voicing skepticism about what exactly "You Need to Calm Down's" intentions were. Upon the song's release, many called out Swift's pro-gay anthem for equating the online criticism lobbied at her with the discrimination faced by the queer community. Somehow, her haters are just as bad as the people with homophobic beliefs. The month that Swift released her song, in June during World Pride, there were more critiques about corporations' ongoing commodification of the queer community to sell products rather than supporting the grassroots activism that made Pride possible.

​Chris also said in the interview that she's been criticized for using queer aesthetics for marketing purposes. "When I changed my name from Christine to Chris on the second album, some people said, 'That's a cool marketing thing you did.' It was so painful," Chris says. "I've been singing 'iT' [an early song, which she's said is about "wanting to have a dick in order to have an easy life"] for the past five years. It's never been marketing for me. It's about jumping into the unknown and saying things loudly."

At the 2019 MTV Video Music Awards, Swift used her Video of the Year acceptance speech to call out the Trump administration for ignoring her Equality Act petition on Change.org. She launched the initiative during Pride Month this June, advocating for the U.S. Senate to pass the Equality act, which would prevent all discrimination based on sexual orientation and gender identity.

At the end of the "You Need to Calm Down" music video, Swift called for her fans to sign the petition. "Let's show our pride by demanding that, on a national level, our laws truly treat all of our citizens equally," it said. As of press time, the video has more than 145 million views and the petition has more than 500k signatures.

Revisit Christine and the Queens' Chris, below.