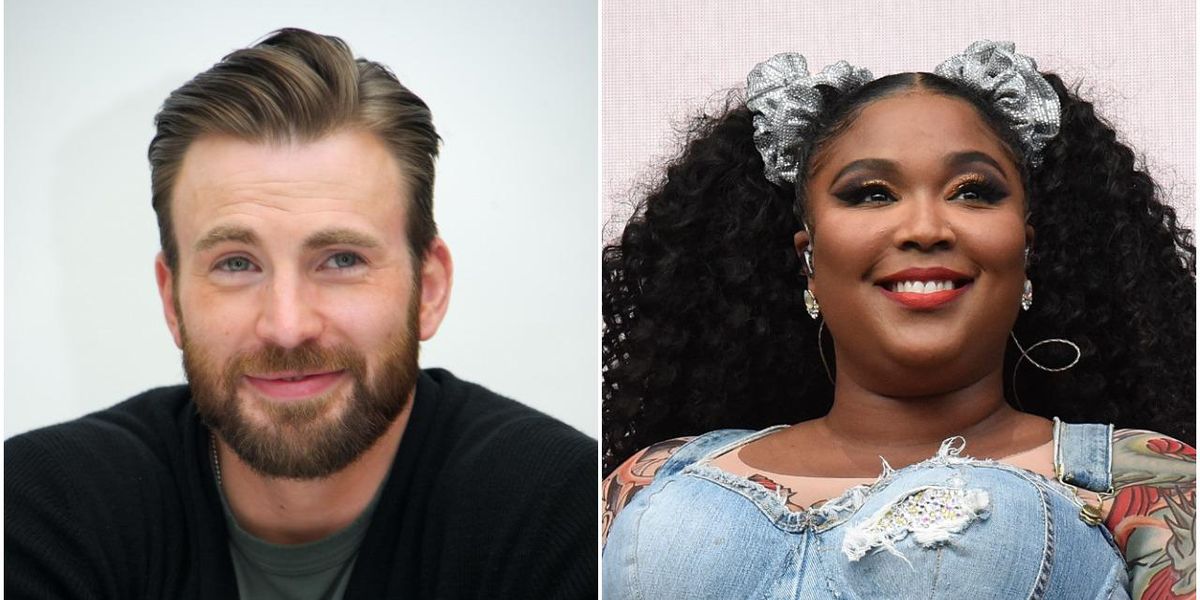 It's no secret that our favorite online flirtation this year has been Lizzo and Chris Evans' ongoing DM exchange. And their latest spicy interaction? A baby rumor, of course.

Last week, the "Good as Hell" singer jokingly responded to a TikTok comment about Captain America being involved in her fake "pregnancy," which she started by saying, "This is something that I've been really trying to keep personal and private just between me and the father of my child."

But as the Captain America theme song began playing, a poker-faced Lizzo said that "since we're airing out all the rumors today, I've been sucking in," before putting down the camera to show off her "baby bump."

​She humorously added, "We're going to have a little America."

Granted, Evans himself apparently got wind of the "news" earlier this week and responded by returning to Lizzo's DMs and writing, "Hi! Just heard about our little bundle of joy."

"My mother will be so happy lol," he wrote alongside a laughing emoji, adding in a separate message that his only request was "no gender reveal parties." And naturally, Lizzo excitedly updated her fans by posting a screenshot of their convo on Monday in a TikTok captioned, ""We secured the child support bag!!!!!"

To make the joke even better, Lizzo began asking fans what to name "Lil Merica," leading to pretty brilliant suggestions like "Erica because you can't spell America without Erica" and "Steve Rogers" as a homage to the superhero's civilian alter-ego.

That said, their hilarious back-and-forth has been the stuff of TikTok legend since earlier this year after Lizzo decided to drunkenly shoot her shot with the actor, who responded to her initial message by writing, "No shame in a drunk DM. God knows I've done worse on this app lol" — all accompanied with a kissy face emoji, no less! So needless to say, this latest development's got us pretty invested in their faux-mance.

Watch both of Lizzo's "updates," below.