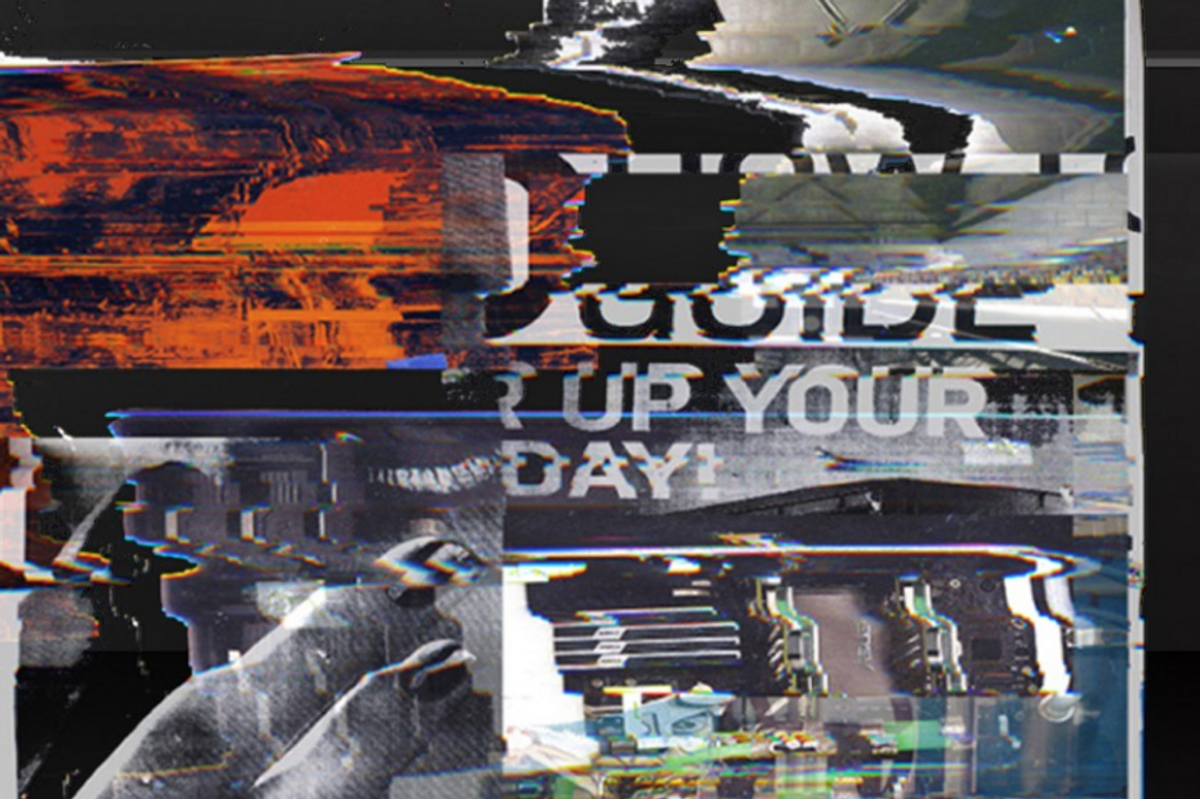 This Artist's Work is Like Entering an Episode of 'Black Mirror'

Staring into Chris Dorland's cracked screens and glitchy abstractions is like entering an episode of Black Mirror; a dark image of the future becomes indistinguishable from our current moment in his digital distortions.

Dorland's practice stresses our self-imposed submissive relationships with consumerism and technology — his work serves as a wake-up call. Hypnotic videos, violent video games, and commercials are spliced and looped to form scenes of familiar chaos.

Tonight, his creations will live inside of a cage-like enclosure that he made to fit the Lower East Side gallery, Lyles & King, for his solo exhibition, Civilian.

We caught up the Canadian-born, New York-based artist below.

Did something in particular spur Civilian?

My work is completely connected to my understanding of the world. So yes. But it's less any single event I can point to and rather it's an accumulation of experiences and observations. The last couple of years have been so incredibly intense both politically and in terms of how we understand technology's vast and powerful effects over our lives. I'm certainly trying to channel as much of that intensity into my work as I can.

Where did you get your source imagery and how did you decide on which to use?

The source imagery comes from a large archive of books and magazines that I've collected over the years as well as personal ephemera and recycled images of my own work. I like to think of it as a personal archive of the 20th Century. Images get selected, scanned and distorted through a variety of processes and machines within the studio, which transforms and perverts the images into something new.

Each piece in the show seems to speak to a different element of tech-driven corruption; one looks like the interface of a video game, another is a glitchy family photo, one includes images of a car. Is there a storyline?

There isn't a storyline or a narrative. But there is possibly a subject. I actually think of my work as abstract even though of course that's not entirely the case. What I'm ultimately interested in is when something gets so complicated and difficult to comprehend; so filled with competing and opposing positions and interpretations, it essentially fractures into abstraction.

Your work focuses on consumerism, capitalism, and technology. How do you understand art under late capitalism?

It's complicated and certainly not without its contradictions. On one hand it's pretty hard to deny art's status as an old fashioned luxury object. But if one can detach from the commodified aspects of art, the artist's job is to essentially create idea machines. Inanimate things that continue, over time, to generate ideas and responses from an ever-changing audience. Great art can continue to do this for centuries. It's quite amazing actually. The commodification is in fact the support that allows the artist to keep going and developing their work further. So it's a necessary component to the creation and sustaining of the artists career- especially under the current system as it exists.

What do you think the worst version of future looks like (in and outside of the art world)?

Honestly, I try not think about the future too much because it freaks me out. I actually get inspiration and ideas from the chaos and instability in the world. It feeds my work and it inspires me. But do I have this recurring sensation [about the future], it's kind of like a waking dream. I'm climbing up an immensely tall and thin grid like structure, like an old phone tower, and I need to keep moving upward but there is no end in sight. I'm already very high up and I have to keep going. I don't want to look up and I don't want to look down or else I'm going to get vertigo. I just need to stay focused on the task and keep moving even though I suspect I'm heading somewhere increasingly precarious.