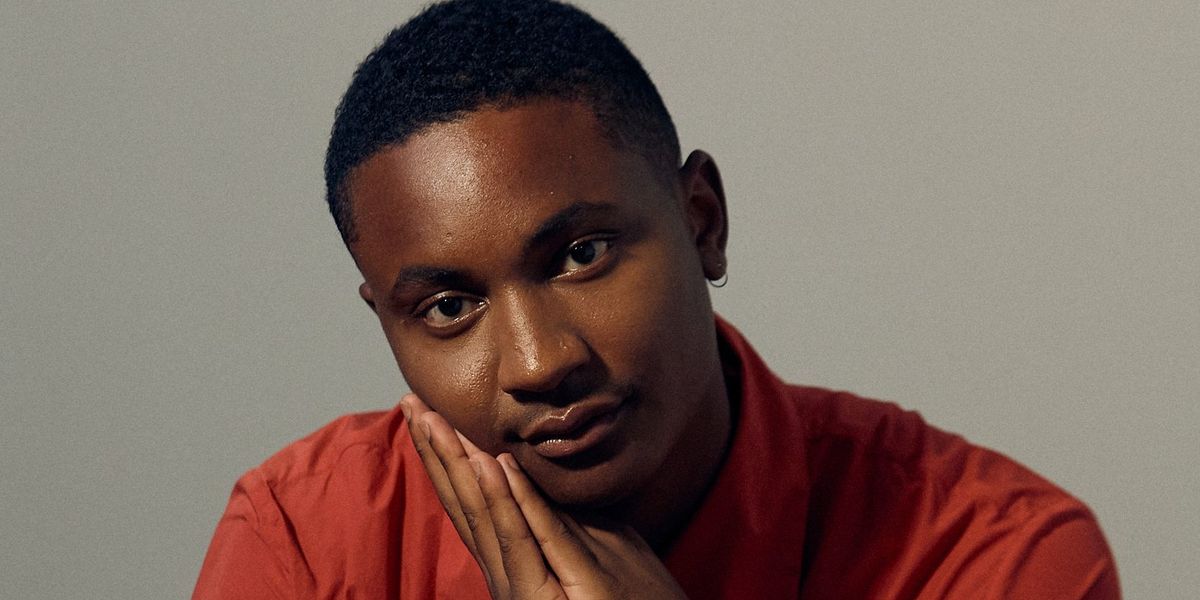 Chi Ossé Knows There's Still Plenty of Work to Do

At the start of 2020, Chi Ossé was working freelance jobs in nightlife — hosting parties at in-the-know bars and clubs across downtown Manhattan. Everything changed in March when coronavirus shuttered the city, leaving Ossé and thousands of other gig workers unemployed with no safety net. Then came the police killing of George Floyd in May, a watershed moment for the national conscience. On Juneteenth, weeks into organizing Black Lives Matter protests, Ossé announced his City Council bid to represent Brooklyn's 36th District, making him the youngest candidate ever to run for the seat.

"I've always been outspoken about injustice in society, especially when it comes to marginalized people," says 22-year-old Ossé, who identifies as queer, Black, Asian and "a college dropout." "I wanted to use my voice for change — after thinking about where real change is made every day, I decided to run for local office. Being a part of the BLM movement and the protests helped me find my voice, but the fire pit was already there. It just needed a match."

It was against a dramatic backdrop of flame-engulfed vehicles, tear gas and riot police that many New Yorkers first came to know Ossé, who emerged as a leader in the city's Black liberation protests after co-founding the Gen-Z-led civil rights collective, Warriors in the Garden. Putting on dozens of peaceful rallies and vigils throughout the summer, the group grew prominently on social media — live-streaming encounters with police as well as sharing uplifting moments celebrating Black life and power. Since then, they've continued their activism with more marches, voter registration events, debate viewings and Black-owned business fairs.

When I meet Ossé in the East Village in October, he's wrapping up one of his regular photoshoots. Like many other Zoomer activists, Ossé understands the power of visual style to his generation, tapping his friend, stylist Brandon Tan, to curate a politically-friendly yet narrative-driven wardrobe that would spotlight pieces from Black-led brands such as Telfar and Wales Bonner. "Clothing can be and historically has been equipped as a means of communication, rebellion, protest, even power," Tan explains. "It's with that consciousness that Chi and I like to approach his image — with so much information available, young generations today care not just about the look, but also the statement."

Using some of the same storytelling strategies he used to mobilize protesters, Ossé runs a grassroots yet digitally-oriented campaign that's fitting for a young, 21st century civil rights leader. While Ossé has more than proven his ability to look the part and captivate a crowd (I've seen him expertly rally and motivate a group of protesters walking for hours), he says he understands the pushback he may receive because of his young age and relative lack of formal political experience. And that's not to mention the unprecedented nature of a queer, multi-racial Black Gen Z-er running for office in New York City.

"All I can do is let my actions speak for themselves," Ossé says of his campaign's tireless community engagement, which includes youth outreach programs and senior service events. He adds that many more seasoned politicians, especially if they are white, may not adequately understand the needs of his community. "Identity is important. I don't know if a cis white man would be able to directly represent my values and interests, because he's never experienced the same disenfranchisement or struggle as people who come from multiple marginalized backgrounds. I've lived that every day; I can see both sides."

Beyond communities of color and queer communities, Ossé says he wants to give a voice to all local gig workers and small businesses struggling in the wake of the COVID-19 pandemic. "A huge percentage of Brooklyn residents work in creative fields, and $114 billion to the New York city economy comes from the arts and culture sectors," he explains. "We need to be talking about more relief for small businesses, especially non-conventional businesses are hurting most right now. Those are my friends. Those are my coworkers. Those are people that work in nightlife, and bartend and DJ."

Adopting key progressive messaging points like "Defund the Police," Ossé describes his positions as decidedly radical. The centerpiece of his platform is what the candidate calls the three R's: reimagine systems that aren't working, reinvest into communities and renew trust between citizens and their government. One of Ossé's first priorities is to address New York City's rapidly worsening housing crisis — according to Bloomberg, the city is now "bracing for hundreds of millions of dollars in delinquent property tax payments" caused by skyrocketing unemployment.

"I am calling for a wealth tax on New York's wealthiest residents. I'm calling for a reallocation of NYPD funds. I'm calling for subsidies for small mom-and-pop businesses in my district," Ossé declares. "I want rent cancellation for those who have lost their job. I don't want to see my community face evictions, especially illegal evictions, that we're sure to encounter in the future."

When asked about who inspires him, Ossé naturally name checks progressive politicians Senator Bernie Sanders and Congresswoman Alexandria Ocasio-Cortez — both of whom have become known for successful grassroots campaigns. But he also cites his father, the late hip-hop activist, lawyer, journalist and entrepreneur Reggie Ossé, known professionally as Combat Jack. "My dad taught me everything I know — he taught me what it meant to be a Black man in this country," Ossé says. "He was a first-generation American; his mother was from Haiti. Both of my parents beat all odds and they raised me to relish the joy of proving people wrong."

"We can't afford to get comfortable like we did after Obama was elected. That's how Trumpism rose in this country. We can't have that again with a Biden victory. As a generation, we need to start laying down progressive foundations at all levels of government."

It would be wrong to conflate Ossé's refreshing sense of confidence with complacency. As New Yorkers poured out onto the streets to celebrate the presumed victory of President-Elect Biden and Vice President-Elect Kamala Harris, Ossé and the Warriors in the Garden joined in organizing a celebration at Washington Square Park. Though pausing to soak in the much-needed moment of joy, he tells me he is now more than ever is the time for young people to make themselves heard and stay politically engaged.

"The youth is fed up with being told to wait our turn — every system is failing us on a national level, from student debt to climate change," Ossé explains. "We can't afford to get comfortable like we did after Obama was elected. That's how Trumpism rose in this country. We can't have that again with a Biden victory. As a generation, we need to start laying down progressive foundations at all levels of government. Local politics is where you get the most change for your vote. In NYC, the City Council determines the budget — all the underfunded sectors of our city from sanitation to transportation can be fixed with proper leadership at the local level."

Ossé acknowledges he has much work to do, and much to learn, to fill the Brooklyn seat held by the term-limited incumbent since 2013 — and that's if he can win. For now, that means weekly crash courses on policy and strategy with his team, and more neighborhood outreach to hear and understand first-hand the needs of the constituency. That's not to say he hasn't put in significant work already just by getting into the race: "The American system doesn't want individuals like myself — young, black, outspoken, queer kid running for office. You see that with the amount of money you have to raise to even run, and the slow bureaucracy you face if you don't have connections within that system. We've hurdled through all those obstacles and we want to show other individuals that they can do the same."

But if his fast-growing Instagram follower count and early success in fundraising are any indication, it's clear Ossé is already making a mark and inspiring a new generation of leaders to get political — something he's proud to advocate for.

"Before, I had only known Chi as an activist — the one screaming 'Black Lives Matter!' then demanding everyone say it louder," says Cindy Kamtchoum, a fellow organizer in Warriors in the Garden. "Now as a political candidate, he has inspired not only me but thousands of others. Whether he wins or not the one thing I can say confidently is he was authentically himself the whole time."

And for those who know him best, that authentic Chi Ossé is humble, hard-working, but also candidly cheeky. "If Joe Biden won the presidential election, I can definitely win my local City Council race," he laughs, adding that the June 2021 primary will only be the first step of his journey. "I'm a man of many surprises — let me represent you in City Council first and we'll see what happens."