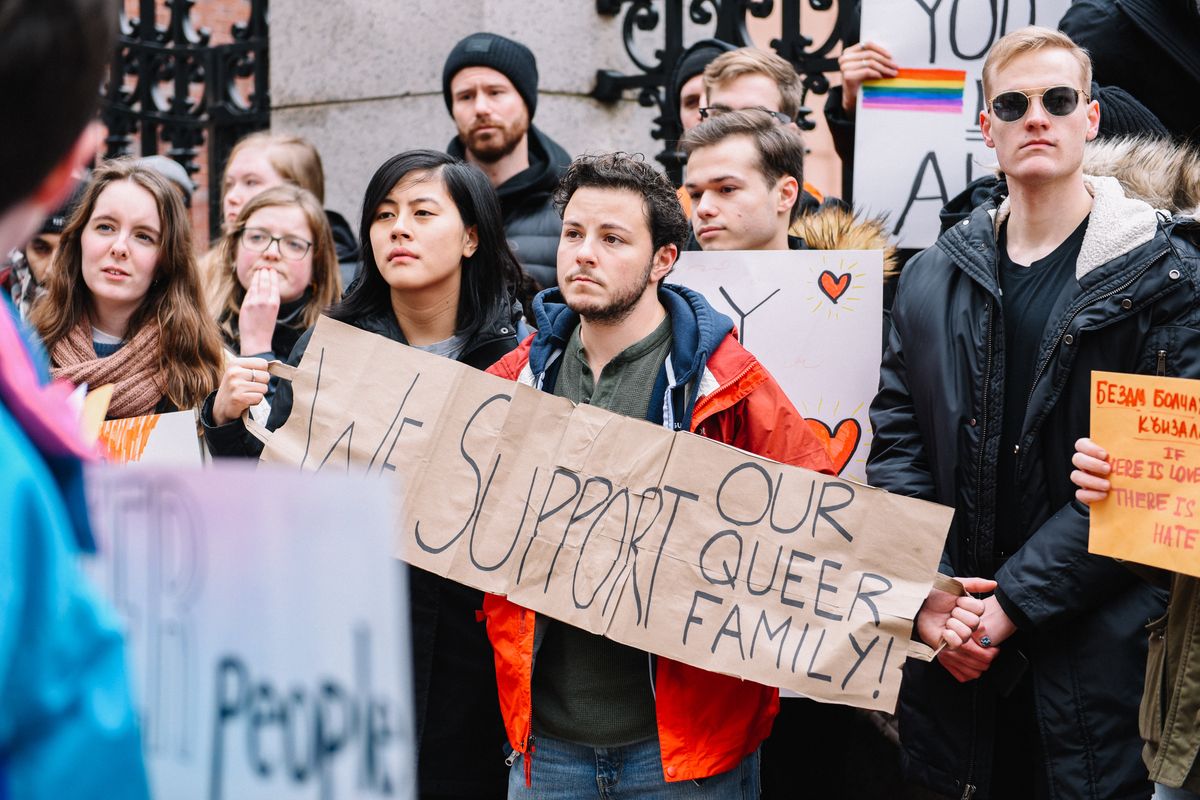 Russian Official Threatens LGBTQ Leader: 'Go Back to Where You Belong'

The violence against queer people in Chechnya is unceasing. According to a new, detailed Instagram post on the Russian LGBT Network's page, the organization's Executive Director Igor Kochetkov has received threats from a Chechen man named Ali Bashanov, who reportedly heads up a mission to uncover Noah's Ark, pieces of which are long rumored to be in Chechnya.

This same man also claims "there are no LGBT people in the region" at all. The video is now viral overseas and contains personal physical threats to Kochetkov. It has been posted to the Russian LGBT Network's Instagram account, which you can click through to watch below.

The threat, with English captions, translates as follows: "Anyway, you have already dared to come. But I will say it to you that way, you bastard. Son of Devil, Antichrist, you are bastard with no name. Don't go outside this train. And if you do, this would be your final stop. Leave Chechen Republic and Chechen people [alone]. Disappear! Go back where you belong." It is likely that Bashanov isn't acting alone.

The threats are thought to be a response to Kochetkov because he recently filed a complaint "regarding the new wave of LGBT persecution in Chechnya to the Investigative Committee of Russia." He requested that authorities investigate information about illegal detention of "at least 14 people, tortures and a murder." We know that forcibly abducted gay men have been imprisoned and tortured at concentration camps, so Kochetkov's motion isn't out of thin air. A name of one of those recently detained is, reportedly, Bekhan Yusupov. Other victims, out of fear for their lives and safety, do not provide their personal info.

As Lyosha Gorshkov, Co-President at RUSA LGBT, the Russian-speaking American LGBTQ association, tells PAPER: "Igor [Kochetkov] isn't safe at all. We have to put pressure on international human rights divisions to issue public statements calling to investigate these threats and help protect him and others in Chechnya for whom it is still very dangerous." Gorshkov adds that these threats aren't just words: "The Russian government will not protect him."

A direct action held last week by nonviolent queer advocacy group Voices4 aimed to put pressure on Russian government for the ongoing violence against queer people in Chechnya. The organization staged a peaceful protest at the Russian Consulate in New York, speaking about the reported 100+ Chechens murdered since December 2016, who are suspected to be part of Russia's "gay purge." The Russian LGBT Network confirmed last week that about 40 LGBTQIA+ people have been imprisoned and at least 2 people murdered since December 2018.

A press release about the event also notes a message following it appeared on social media, encouraging Chechens to incite violence against LGBTQIA+ people, for a monetary reward amounting to roughly $4,500 US dollars, saying that people were free to "kidnap, beat up, disrupt bars and meeting spaces and do everything except murder." Gorshkov, who is also an exiled Russian queer professor, was one of those who spoke at the rally. The group crossed the street to the steps outside the Consulate building to set up a memorial display with a rainbow flag and bear signs reading "You are not forgotten" and "Queer people anywhere are responsible for queer people everywhere."

As members from Voices4 set up the memorial, a man who had been filming the group from inside the Consulate came out and attempted to disassemble it. The NYPD reportedly arrived and escorted protestors away, claiming "this isn't our land," which acknowledges that the Russian Consulate building and the land surrounding it are governed by Russian, not American law.

You can help support queer Chechens by contacting human rights divisions within your individual state departments. Call or write letters petitioning local and federal government agencies to put pressure on the United Nations to publicly address genocide in Chechnya. You can donate to the Russian LGBT Network, of which Kochetkov is head of. Among its on-the-ground advocacy initiatives for LGBTQ people in Chechnya, the organization also helps transfer queer people from Russian to European countries where they are safer. Find out more here.