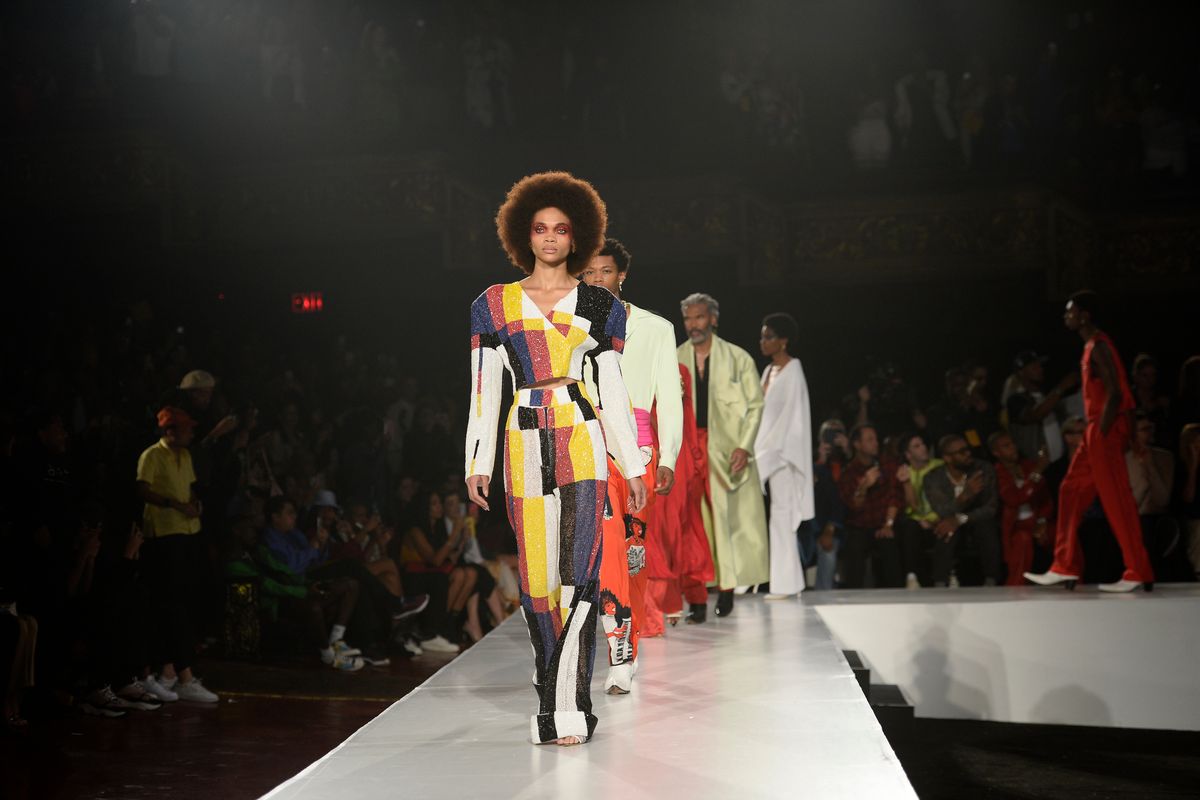 It's been a year of reckoning for the fashion industry, which has been grappling with how to address long standing issues of systemic racism within its ranks. This week, the Council of Fashion Designers of America continued the conversation by announcing their latest steps to include more Black creatives in its 477-member organization.

"In June, we outlined specific initiatives with the goal of bringing an end to racial injustice in the fashion industry," said Tom Ford, designer and Chairman of the CFDA Board of Directors. "...we are firmly committed to creating systematic change in our industry that will empower the critical voices that need to be heard."

Related | The Class of 2020: Five Fashion School Grads You Need to Know

The first of these changes is a Black advisory board led by the CFDA's new President, CaSandra Diggs, and the Executive Board's Vice Chairwoman Tracy Reese. The board, which includes Harper's Bazaar Editor-in-Chief Samira Nasr, Netflix CMO Bozoma Saint John, Fashion Tech Connects co-founder Stacie Henderson and designer Martin Cooper, will manage the CFDA's relations to diversity and equality.

CFDA News! Today, we announced several strategic moves to expand the organization’s development of new programming to create opportunities for Black talent in fashion. The CFDA has created a separate Black advisory board responsible for all CFDA efforts on inclusivity, diversity and equality. The new structure is led by CaSandra Diggs (@casdiggs), who was recently named President of the CFDA reporting to CFDA CEO Steven Kolb (@stevenkolb). The Board will be chaired by Executive Board Vice Chairwoman Tracy Reese (@tracy_reese) as she leads decision-making and vision in this important work. Board members include Harper’s Bazaar Editor-in-Chief Samira Nasr (@samiranasr), Netflix Chief Marketing Officer Bozoma Saint John (@badassboz), Fashion Tech Connects Co-founder Stacie Henderson (@stacie64130), and Martin Cooper (@martincooper_nyc), CFDA member and Co-founder of The Punctilious Mr.P’s Place Cards Company. In addition, Bonnie Morrison (@fiercegrandma) will be joining the CFDA in a newly created role to lead the strategy and execution of CFDA equity program initiatives with the goal of building pathways of opportunity for Black creatives and professionals in fashion. Morrison recently founded the Morrison Strategy Partners consultancy. Previously, she has held positions at Coach, Condé Nast, KCD, and PR Consulting.⠀ ⠀ “In June, we outlined specific initiatives with the goal of bringing an end to racial injustice in the fashion industry,” said @TomFord, Chairman of the CFDA Board of Directors. “The organization has put in place a structure to execute this strategy and we are firmly committed to creating systematic change in our industry that will empower the critical voices that need to be heard.”⠀ ⠀ Head to our link in bio to learn more.

"We are bringing together an impressive group of esteemed industry colleagues to collectively help us build a framework for increased diversity, equity, and inclusion in fashion," Diggs said in a statement.

Additionally, celebrated fashion consultant Bonnie Morrison — who's held positions at Coach, Condé Nast, KCD and PR Consulting — will strategize the CFDA's program initiatives, like its new task force and Black talent placement program. Ultimately, the goal is to create more opportunities for Black individuals at all levels of the fashion business.

"These fundamental changes to the organization allow us to bring important perspectives to the fashion industry," added CEO Steven Kolb in a statement. "They will play an instrumental role in our efforts to transform the fashion system and make it more diverse, inclusive, and equitable."

It's clear these changes have been made with positive intentions, and will hopefully be a wake-up call for the US fashion industry. Now, as New York Fashion Week (which the CFDA organizes) looms and the nation is restructured by Black Lives Matter, it's only a matter of time until they're enacted IRL.