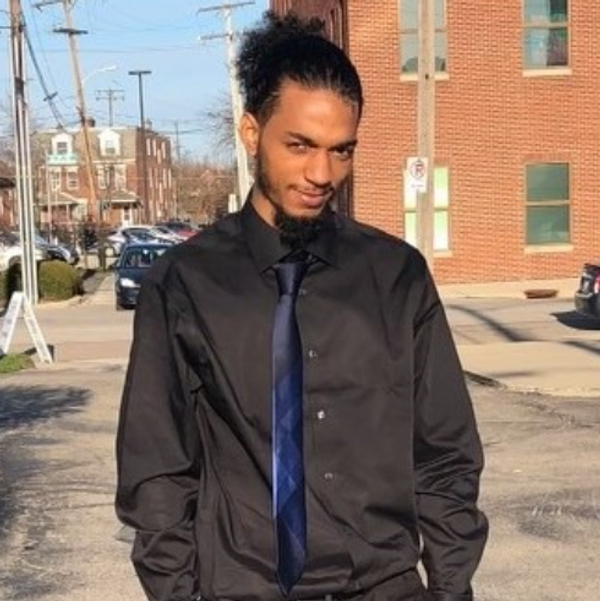 Casey Goodson's Family Calls For an Investigation Into His Death

The family of Casey Goodson — the Black man who was fatally shot by a deputy in Columbus, Ohio last week — is now demanding a formal investigation into his death.

On Friday, the 23-year-old was killed on his grandmother's doorstep by Franklin County Sheriff's deputy Jason Meade. According to NBC News, Sean Walton — the lawyer representing Goodson's family — said that the young man was returning from the dentist with three Subway sandwiches when he was shot three times in the back in front of his grandmother and two toddlers.

At the time of the shooting, Meade — a 17-year veteran of the sheriff's office — was working with a U.S. Marshals Service fugitive task force on an unsuccessful search for "violent suspects."

However, according to an NPR report, the search had been wrapped up by the time Meade shot Goodson, who was neither an object of the search nor wanted by law enforcement. Authorities said that Meade was not wearing a body camera during the shooting.

In a statement issued by the Columbus police, the deputy had "reported witnessing a man with a gun," and was "investigating the situation." He allegedly had a "verbal exchange" with Goodson before firing at him. The statement then went on to claim that a gun was recovered from Goodson afterwards, though a Facebook post from Walton's firm said that he was licensed to carry a concealed weapon.

On Monday, Walton also told NBC News that Goodson's family is dubious of Meade's version of events and have "extreme concerns" over the circumstances that led to his death. As such, they are asking for a thorough inquiry into the killing.

"It doesn't make sense," he said, before adding that it appears that Goodson was in the process of unlocking his door when he was shot. "Who drives down the street waving a gun out of the window? This isn't a music video. This is real life."

Walton then went on to say, "There's no reason or justification for why any of this happened. He fell and died in his own kitchen."

Representatives for the police union representing Franklin County Sheriff deputies were unable to be reached for comment.