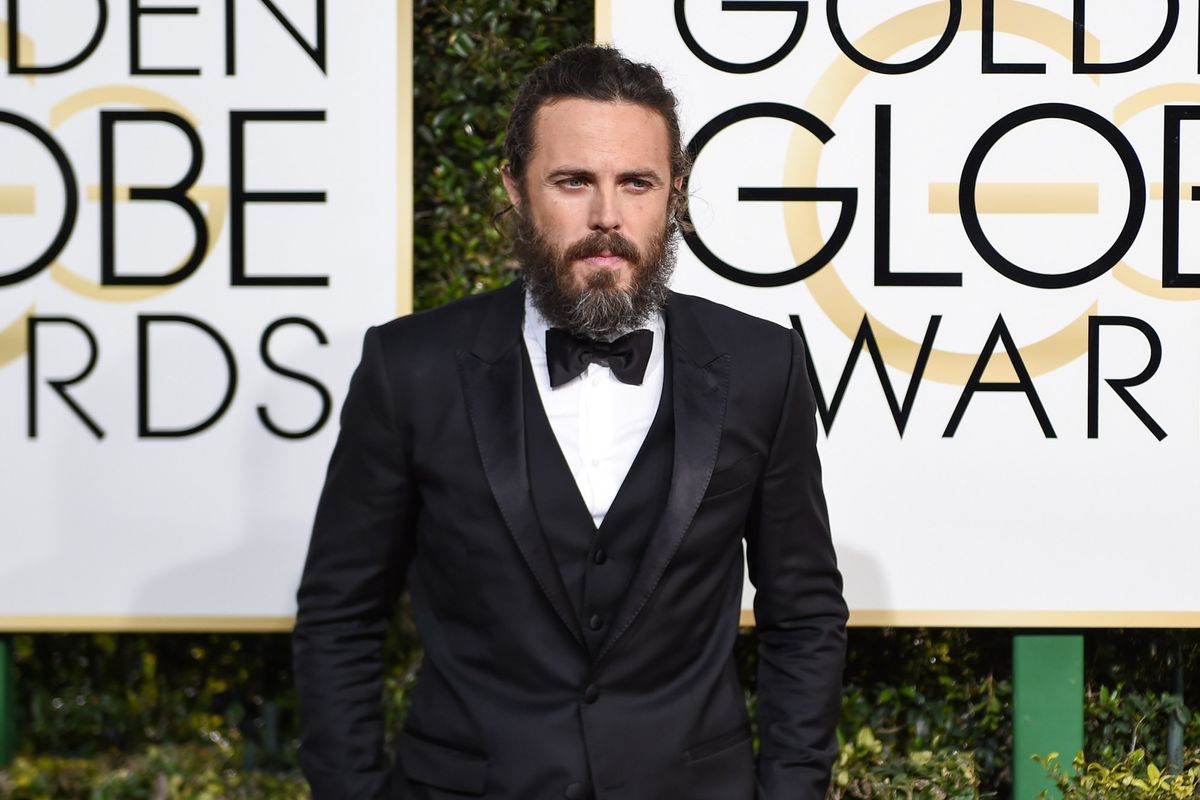 On Hollywood's willingness to selectively turn a blind eye to bad behavior.

Following his Golden Globe win for Best Actor in a Drama, Casey Affleck this morning secured an Academy Award nomination for Best Actor in a Leading Role for his work in Manchester By the Sea. He's broadly considered to be a favorite to win the statue at the end of February--but this front-runner narrative has been challenged in the past several months by the resurfacing of past allegations of sexual harassment.

During the filming of 2010's faux-documentary I'm Still Here, producer Amanda White and cinematographer Magdalena Gorka accused Affleck of sexual harassment, including verbal harassment and unwanted advances, and sued him. Gorka's complaint said that the treatment she received from Affleck was "the most traumatizing of her career." Affleck denied all the accusations, and filed a counter suit. All three went into mediation and eventually settled out of court for an undisclosed amount.

Hollywood turning a blind eye towards these allegations has sparked an outcry from the public, including actress Constance Wu, who posted a lengthy Twitter discussion about the topic today.

tell me again how being accused of sexual assault can ruin a man's career #CaseyAffleck
— Bad Sea (@badseaband) January 24, 2017

Even more problematic is Hollywood's profound hypocrisy when it comes to what complaints they choose to pay attention to. Take Nate Parker's period drama Birth of a Nation. When it debuted at Sundance in 2016, Birth of a Nation received almost unanimous critical acclaim. But by the time the premiere rolled around, the film was dogged by past allegations of sexual assault against Parker (of which he was acquitted), and is nowhere to be found among this year's nominations list.

Moonlight, Hidden Figures and Fences deserve these noms. But fvck every one of you fake-woke people who sabotaged Birth of A Nation. #word
— Razor Horizon (@JoelRandell) January 24, 2017

Today we have to recognize BIRTH OF A NATION. Film overlooked but never forgotten. Art isn't a competition. It's an examination of humanity
— Wendell Pierce (@WendellPierce) January 24, 2017

And just like that, The Birth Of A Nation is nowhere to be found.
— Janan Graham-Russell (@jananamirah) January 24, 2017

Unfortunately this isn't a rare occurrence within the film industry, where it's been proven that the more powerful and successful the individual is, the more likely Hollywood is to defend their actions. Take this as an example of audiences watching history repeat itself, off the big screen.